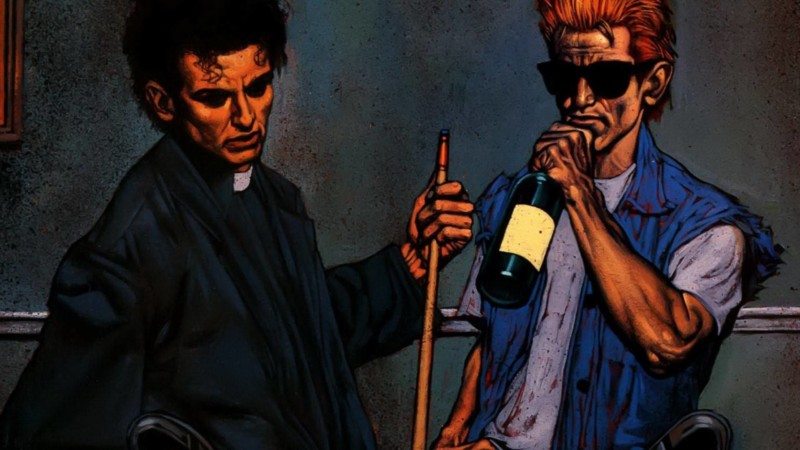 There are some really exciting things to look forward to for AMC’s PREACHER season 2. The first season ending was pretty open-ended. Ideally, it’d be great to follow in the steps of the comic but the show went with a loose adaptation of the source material. Fans might not be the happiest about this decision but the first season did exceptionally well so there’s definitely room for excitement. 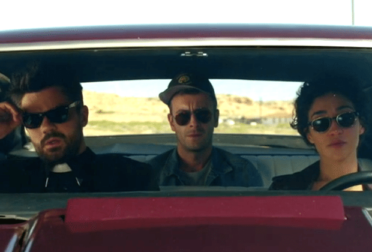 Opposed to the comic’s road-trip story where Jessie, Tulip, and Cassidy travel in the car looking for god, the show took a different approach. The creators of the show decided to begin with Jesse’s backstory to give it more substance. The first season could be looked at as a prequel to the series because of his developing story. The first season being a prequel was all speculation until the season finally ended. Jesse’s backstory and tying in the main characters allowed the show to get ready for its start. PREACHER took nearly the whole season to get on track with the source material but it was all worth it in the end.

The season finale gave PREACHER fans the moment we’ve all been waiting for: Five Aces Diner. Yup, in case you missed it, the Five Aces Diner was featured during the last few minutes of the finale. The Five Aces Diner is so important because it’s where the comic starts. This confirms all of the speculation that the first season was in fact a prequel. I was reeled in with the shows use of its source material. The creators didn’t incorporate a lot of it, but when they did, it was spot on. The three character spoke in the diner about what happened in the church. Before leaving, Jesse even saw a vision of Eugene in the diner which could also mean the show will use Eugene as a replacement for John Wayne. Ironic enough, the ending of the first season represents the beginning. Ideally, the show will now kick off to its road-trip style, much like the comic. Of course, there will be some changes that will play into the second season. These changes will be based on what the first season has given us. 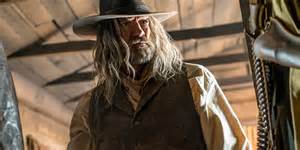 There’s so much to look forward to in the series after the last few episodes. Episodes 8 and 9 made everything really exciting after the introduction of Hell. First off, The Saint of Killers in the comic was one of the most intimidating characters and the show did a great job in their adaptation of his character. He’s seen just as many crazy things as we’ve all imagined him to. Hell’s chilling scene opens the Killer of Saints hunt for Jesse. The conclusion of the first season with the characters hitting the road is great because now The Saint of Killers will have to travel to find Jesse just as he did in the comic. Following behind Jesse’s every move, we can expect to see the Killer in later episodes as he’ll be right on his tail.

Another character that is confirmed for the second season is Herr Star. Herr Star works for the Grail: a military organization whose main purpose is to keep the bloodline of Jesus Christ pure. He made a small cameo in the third episode of the season which didn’t actually show him, only a shadow of him. He was credited as Man In White Suit. The way the show is headed, there’s going to be multiple villains for the second season while adding in some serious character development to Jesse.

The second season of PREACHER is going to be jam packed with action, violence and hopefully development of Jesse’s backstory. We were able to get some insight to Jesse’s childhood but what we don’t know is who killed Jesse’s father. With the first season leaving the show where the comic started, there’s a lot to expect. The Saint of Killers and Herr Star’s hunt for Jesse, the revealing of John Custer’s murderer, and Jesse’s quest to save Eugene leaves a lot on his plate. We’ll get to see him battle these two incredible villains while also looking for a way to save Eugene from Hell. More likely than not, if the show continues to take small adaptations from the source material like it has already, then it’s going to be a hit. Tying in all of the pieces from the first season will give the second more than enough to go by. The developers might even have a little too much detail, which is good for PREACHER fans. The more detail, the merrier; I’d like to see as many seasons as possible of PREACHER if they continue to nail the story arcs. With that being said, PREACHER fans all over can huddle together in excitement for the new season which hits off sometime in 2017.