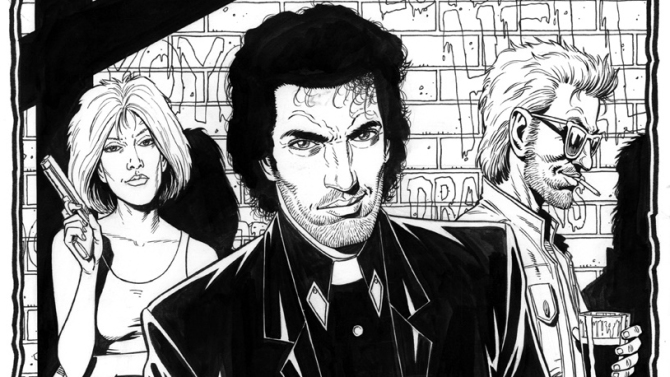 [spoiler title=’Spoiler Warning for Preacher’ style=’default’ collapse_link=’true’]Please be aware this article may contain spoilers to AMC’s PREACHER. The article also contains references to the comic book series PREACHER by Vertigo, an imprint of DC Comics.[/spoiler]

After finishing the first season of the AMC series PREACHER, I was left with questions. I was left wondering whether or not a backstory to Annville was necessary and what direction will the second season go in?

Beginning with the first couple of episodes I’m sure some fans of the comic were a little confused as to the direction the show was heading with its story. The writers took a different take with the show, but I am not complaining. PREACHER is a road trip comic published by DC/Vertigo Comics in which a man named Jesse Custer is looking for God as he has acquired the spirit of a procreation of an angel and a demon — a supernatural offspring-spirit named Genesis that carries God like abilities. Jesse describes his power as the word of God as he is able to command and manipulate anyone that can hear/understand him. When Genesis bonded with his body God abandoned heaven so he then sets out to find God and ask him why. 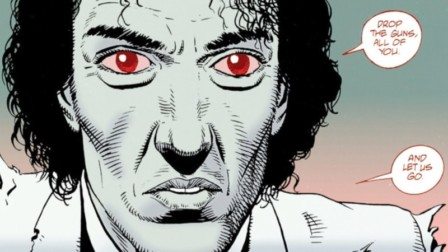 Following the comic, everyone in Annville was completely disintegrated as Genesis bonded with his body. Preacher was in front of the podium mid-service when this being struck him. His old girlfriend Tulip O’Hare was just on her way to find Jesse, along with her new friend Cassidy (an Irish Vampire). She finds him under a pile of rubble and the story kicks off from there as they hit the road. Now following the show, Annville was not destroyed in the opening scene and instead was used to deliver Jesse and Tulips backstory. The writers decided to implement this emotional attachment between Jesse and Annville while in the comic he completely spited the place. While it would have been awesome to see the show kick off just as the comic did, it might be a little unrealistic and this is probably why they went with their approach.

If the show dove into the road trip part of the story there might have not been any substance to keep the show going with interested viewers. I personally think the touch they’ve added with Annville was great as it not only hooked me in but it also kept me guessing as to where the story is going. Instead of completely demolishing Annville at the start like the comic did, the show utilized the town to show how much Jesse not only cared for the church but the people as well. He felt it was his duty to take care of the people. He became so obsessed with the idea of saving the people he even bet he could convert the character Odin Quincannon to Christianity after a Sunday visit to the church. He successfully made him a firm believer of God but not the same one Jesse follows and is left to show Annville and Quincannon that the God he believes in is in fact out there when in reality we find out at the finale. The show does carry some aspects that make it familiar in terms of relating it to the comic and it is why I can continue to sit there and watch the new episodes. The writers did a good job in changing the story while keeping the same tone as the PREACHER comics.

In the comic, Jesse had a gruesome upbringing as he was often subject to harsh punishments and even witnessed his father John Custer, murdered before his very eyes. He lived in a town called Angelville with his sadistic grandmother along with her two thugs Jody and T.C. If the show decides to follow the comic to some degree than the person who murdered Jesse’s father will turn out to be the same as the one in the comic. In the show we were given a brief flashback to when his father was murdered which was similar to the way he was killed in the comic. They did not show the character who killed him in front of Jesse but this scene alone brings me excitement as this is foreshadowing a story arc that goes down in my top-tier: Angelville. This arc brings gut wrenching violence, a steep use of profanity and a fiery resolution that leaves the readers in awe. If the show decides to tie in Angelville than it might be a little difficult to show an completely faithful adaptation. However, with the way the show is going they will be able to keep the core storyline while changing up details to keep the familiar/unfamiliar viewer interested.

READ: Why Glenn’s Death is Significant

The season came to its conclusion with the town of Annville finally meeting its explosive destiny and the gang hitting the road. We even continue to see Jesse’s weird hallucination of Arseface. Could Arseface be Jesse’s new John Wayne? If so, it seems like we will most likely see Arseface return in the later episodes to maybe give Jesse some motivation as Wayne did in the comic.

There’s no telling where the show is going for now but what we’ve been left with we can sure look forward to some adaptations from the comic that will hopefully fill the next extended season of 13 episodes.