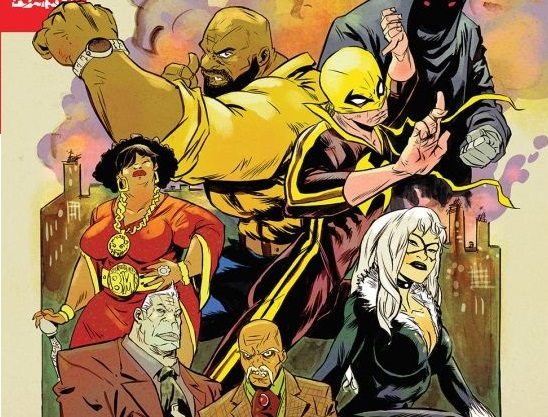 With the last issue featuring a fight between Luke Cage and Captain Marvel, Iron Fist getting out of jail, and a breakout at Ryker’s Island, the follow-up had to be good. That’s why POWER MAN AND IRON FIST #10 opens… with a supervillain flashback intended to lead into the “Harlem Burns” story arc. The attempt to start the arc feels forced, especially when compared to the more compelling main story.

READ: Want to start this series from the beginning? Here’s our review of POWER MAN AND IRON FIST #1!

The flashback in question centers around Cottonmouth and others nearly forming a super-group called the Fang Gang, because they all sharpened their teeth to points. It’s… not the best idea for a supervillain team, and it works out about as well you’d expect. It’s especially odd to see this when the last story had a whole prison’s worth of villains running around Harlem, which could’ve kick-started this arc. It makes this scene and having the members reuniting in the modern day feel unnecessary. Harlem’s being torn apart by super-criminals, but if that isn’t even enough to set the city aflame then what are these guys supposed to do?

The flashback also shows a problem with Sanford Greene’s art. Greene’s work is stylized, but the flashback scene has characters emphasizing unpleasant stereotypes (the black men have large lips, the black woman has big hips, the Asian character has glasses, a bowl cut, and a slight mustache). This type of depiction doesn’t appear anywhere else in the issue so it feels terribly out of place here, and it’s another reason to avoid this scene. 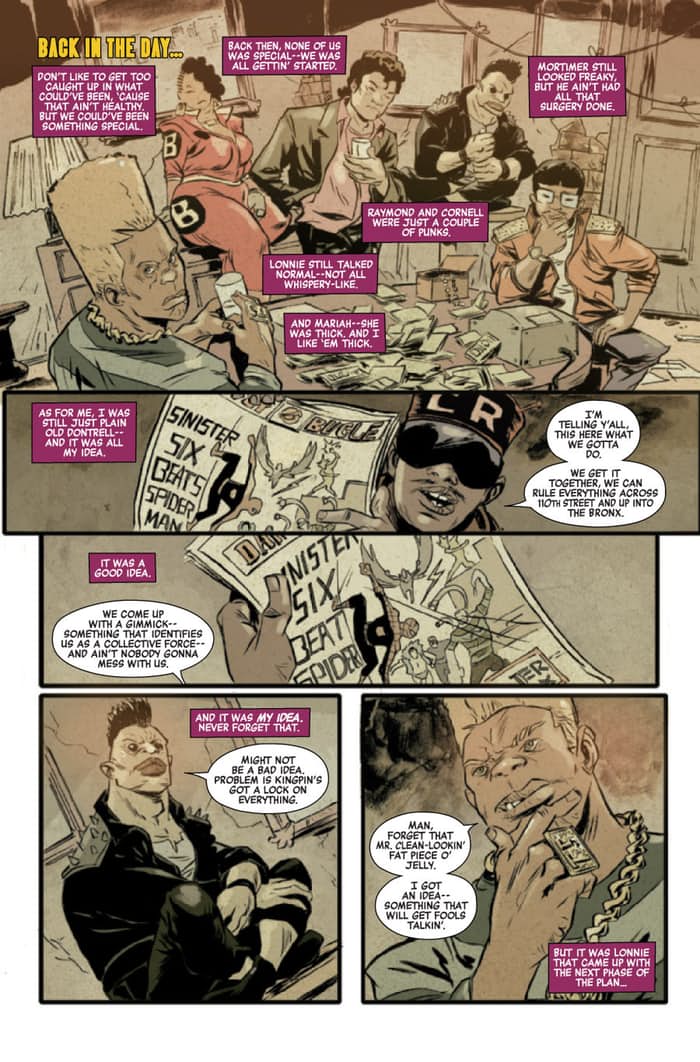 Yet, despite these problems, there’s still a really compelling story when the issue returns to the present. We have a great set-up with Cage and Fist, where they’re discussing their responsibility to the community while battling Man-Bull and his cohorts. It’s classic Fist/Cage banter with a great throwdown around it, and it’s a reminder of how engaging this book can be when the focus is right. 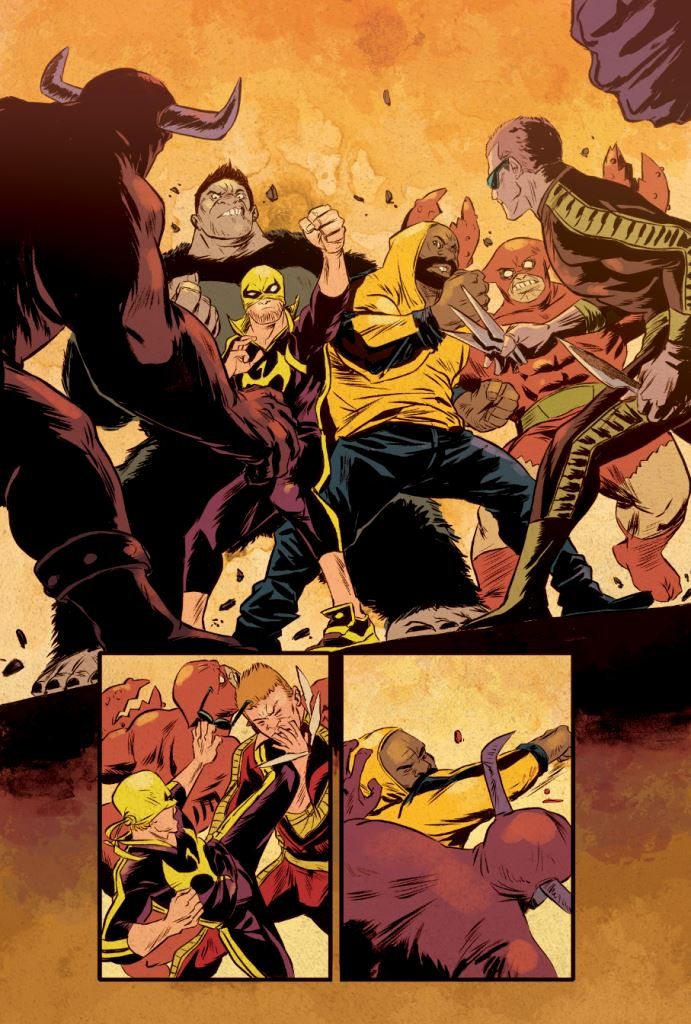 In fact, every part of this issue that focuses on Cage and Fist is solid. From their fight to seeing them walking around Harlem and talking with residents and friends, we’re reminded why we continue to read this book in the first place. It’s urban heroes at their best, and when you throw in the ramifications of the CWII fallout, it’s even better. The highlight of the issue is when Cage and Fist call every group in New York, from the Avengers to the Champions, and state they’re taking responsibility for the escapees from Ryker’s Island and will work to recapture each of them in a legal manner. It just demonstrates perfectly why these two characters work so well–because they talk about heroics in a way that’s basic, and reminding people of the basics rings true because they know that they come from a place where people are more interested in power than heroics. It also adds to the issue’s ending reveal, which hints at a new faction of ‘upper class’ criminals that could be excellent foils for the street-level heroes.

READ: Want to know more about music in relation to superheroes? Here’s our article on the importance of the soundtrack in Netflix’s LUKE CAGE!

POWER MAN AND IRON FIST #10 has many problems. An uninteresting flashback and its modern day repercussions derail the focus from what should be the core of the “Harlem Burns” story, the escaped villains. It has potential when it does focus, and that’s where it needs to stay–showing the relationship between two totally different but perfectly matched street-level superheroes. They may react differently to events (see Cage’s hilarious reaction to a misplaced mystic item), but when they’re on the same page, they’re magic to watch. Hopefully, we’ll see more of that in their next issue.