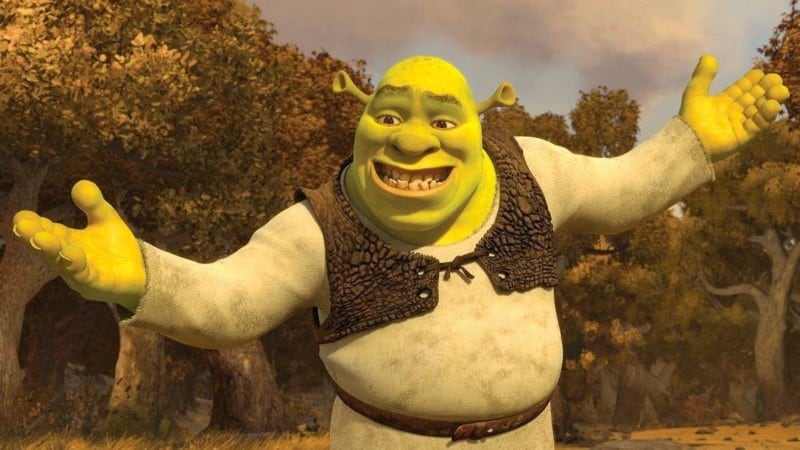 The face of All Star

Hey now, you’re an All Star

CHALLENGE: Name the band behind that song. Now name one other song they’ve written. Don’t worry if you couldn’t; you’re better off for it. Spoiler: The rest of Smash Mouth’s music pretty much sucks. They are the definition of a one-hit wonder band; “All Star” was one of the most iconic songs around the turn of the millennium. Everyone knows it, everyone sings along with it, and nobody knows a word of any other song they wrote.

Whatever happened to those bands that you never heard from again? The vast majority end up fading into obscurity after a few years, which is probably for the best when the rest of their music is auditory terrorism (this poignant insult courtesy of Psychotrip from their article on the video game Kanye Quest). Plenty of them continue to produce music long after the height of their success.

Though few find any fame close to their brief surge of glory, they manage to earn a living from music. Some, like Nickelback, graduate from recording albums altogether and enter into the lucrative corporate world behind the scenes of popular music. Some retire back into the world of 9-to-5 jobs, have a kid or two, and/or crash into a wreck of substance abuse and disgrace. The rest continue to produce mediocre music, maybe hoping that one day they’ll find glory in the top 100 again. Spoiler alert: They never do.

READ: Get inside the mind of J. Cole in his new HBO documentary.

Until their recent comeback as a meme, Smash Mouth was, at best, “That band who plays that ‘All Star’ song from SHREK.” After their “All Star” breakthrough at the turn of the century, Smash Mouth spent over a decade touring the country, recycling their old songs into new albums, and grinding their teeth every time the crowd shouted “‘All Star’! Play ‘All Star!'” They did a few stints in animated shows and movies in between that we’ve all tried to wipe from our memories. Halfway through the decade, they produced a Christmas rock album, too! Nobody listened to it. In 2012, the band made one final attempt to break free of their legacy with the release of Magic, an album that had exactly one track worth listening to.

READ: The new POWER RANGERS comics appeal to a more mature audience. Are they worth reading?

In the past six months, Smash Mouth has miraculously crawled back out of the oceans of time. They have evolved into a symbol of mediocrity; a name giggled at by thousands of denizens of the internet. They have become… a meme. A meme based upon, you guessed it, “All-Star.” Their hit song has made a baffling resurgence as a series of ear-grinding remixes and mashups that are sweeping YouTube. Smash Mouth is bravely confronting the ensuing waves of trolls on Twitter with gritted teeth and a staunch commitment to promoting anything that isn’t “All Star.” After all, there are only so many times a band can be asked to play the same song over and over and over before they snap like they do in the video below.

Not everybody can handle the stress of fame, and that stress is clearly getting overwhelming when you go on a tirade and threaten your fans with violence over a piece of bread. The world’s obsession with “All Star” has driven Smash Mouth to the end of their rope, leaving them unable to escape its legacy with new music. Luckily, this isn’t the fate that awaits all pop stars. Some artists from the early 2000s have continued to quietly produce new music to this day.

Bowling for Soup is known for their hilarious, catchy, and occasionally off-color pop-punk classics. You’ll roll your eyes when their music comes on, but still be singing along to “1985” a minute later. The band found success in the first half of the 2000s with five albums that featured hit singles like “1985,” “Girl All the Bad Guys Want,” and “High School Never Ends.” For four glorious years, they released a chain of hits that were all over the radio and continued to be played with regularity for the rest of the decade.

READ: What are Disney’s Best Songs?

Bowling for Soup fell into a period of popular decline after the release of “The Great Burrito Extortion Case” in 2006. They released some lukewarm albums for the next ten years, including a pair of eyebrow-raising Christmas compilations. They dabbled in a few other ventures, such as writing and producing music for Disney (they wrote the PHINEAS AND FERB theme song), and some re-recordings of their most popular songs (the album Songs People Actually Liked). Through their musical wanderings, they stayed true to one core value: they always sounded like a pop-punk band.

A decade later and Bowling for Soup continue to remain true to their roots. Their consistency in their genre has taken them far, and they’ve outlived the vast majority of the pop stars of their era. They’ve never taken themselves seriously, and they love to laugh at themselves and their music, as evidenced by their album re-release Songs People Actually Liked. It’s a compilation of all their hits songs with more than enough to fill a sizable album. It’s a great throwback for anyone who graduated high school in the past ten years or so.

If Songs People Actually Liked leaves you wanting for more, you’ll be happy to know that the band hasn’t stopped producing new stuff. Bowling for Soup’s most recent project, Drunk Dynasty, is pretty damn good. It’s full of catchy songs like “Drinkin’ Beer on a Sunday,” and “Shit To Do” that are… Well, the chorus of “Don’t Be a Dick” speaks for itself:

Underneath the crass pop-punk themes are deeper messages promoting healthy relationships, acceptance of others, and a positive approach to mental health. In the end, it’s not quite enough to bring them into the limelight again, but maybe they aren’t aiming for fame. Not everyone is.

Graduating From Being a Rockstar

After a series of three hit albums from 2001 to 2005, Nickelback fell into notoriety in the later half of the decade. They developed an infamous reputation for recycling the same sound for all their hit songs, and the name of their band became a running joke on the internet and the music scene. For all intents and purposes, the name Nickelback has disappeared from the popular music scene of today. But the minds behind the band are still very much alive and well. Instead of focusing on being a band, Nickelback went corporate. 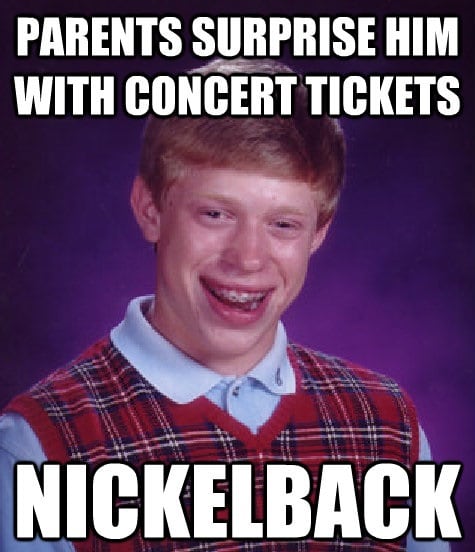 Chad Kroeger, the lead singer, and guitarist of Nickelback, used his band’s reputation as a launching platform for a career in music production. He started multiple record labels and developed himself as a hit songwriter. Just how much of a hit? His label, 604, pushed and promoted “Call Me Maybe,” the wildfire hit song a few years back. At this point, Kroeger is making more money from his corporate dealings than from his band. Nickelback is still producing music, mind you, much to everyone’s surprise. They are masters of multitasking and have used the public’s hatred of them as fuel for their profits.

READ: How is music making a statement in today’s world?

Nickelback is not made of the same stuff as Smash Mouth. Instead of shriveling in the heat of their infamy, Nickelback embraced it and monetized it. Kroeger himself has admitted that Nickelback’s continued “success” (if you can call it that) can be attributed to the unrelenting infamy keeping their name alive. Where other pop bands failed, Nickelback is ballin’. They were able to turn a bad reputation on its head, unlike some bands we know…

In The End, We’d Rather Just Forget Them.

While not forgotten, most of us probably wish that Linkin Park had disappeared from memory after 2003. Starting off as a highly successful alt-rock and nu metal band, Linkin Park was the face of edgy teenage music in the early 2000s. Their hit album Hybrid Theory became one of the best-selling albums of the 21st century. It was followed three years later by Meteora, a meteoric success featuring songs that are known across the world, such as “In the End” and “Numb.” Their hard-hitting lyrics were drawn from the lead singer’s traumatic childhood of abuse and struck a chord with outcast youth looking for understanding. Linkin Park’s nu metal music became the thematic sound of a generation of teens. Then, in 2006, Minutes to Midnight was released, and Linkin Park became the shame of their former fans.

READ: Check out the political, musical phenomenon that you’ve never heard of!

Everyone just sort of tries to pretend that Linkin Park stopped producing music after Meteora. Their music got weird. Real weird. Instead of the edgy, emotional nu metal and rap lyrics that drove them to global fame, the band attempted to shift their sound in three different directions at once. The results were predictably disastrous, producing an album that was a tinny mix-and-match of rock, pop, and some watered down emo metal. Linkin Park is an example of a musical genre shift gone horribly wrong. Minutes to Midnight alienated the vast majority of Linkin Park’s fanbase. Their sound continued to devolve with each ensuing album, meandering between pop, hard metal, and hip hop without ever committing to one genre. The result was a parade of superficial sounds that possessed none of the emotional depth that had made the band so relatable in the first place.

Of all the bands above, Linkin Park is probably the only one that is still recognized internationally in 2017. The rest are slowly fading into obscurity if they haven’t already. Eternal remembrance is the dream of rock stars and pop stars alike. Whatever they sing about, they all dream of being immortalized, preferably through their music and not their infamy. Not that I’m pointing any fingers.

Few ever make it to fame eternal, because reaching those heights takes more than just a hit song or album. Names like The Beatles and Michael Jackson aren’t famous because they had a few hit singles. They redefined an entire genre—or created a whole new one. Michael Jackson is the King of Pop for a reason; he practically created (or at least popularized) the genre we know as pop. More than creating it, he represented and embodied pop music with a charismatic public image that attached a personality to the music. His music outshone his considerable drug related flaws.

Managing to get famous once or twice gives you the one-hit wonder title. Doing it again and again, over the course of decades—that’s what makes an artist immortal. Well, that and public scandal. I can say with confidence that more than half of today’s hot pop artists will be forgotten within ten years. Just look at 2007’s top artists according to Billboard. When was the last time we heard from Fergie? Kids today don’t know who the heck T.I. is! Is Gym Class Heroes still a thing?

That list is peppered with the names of artists who lacked something. They didn’t innovate anything new to the genre, or maybe they didn’t have the consistency to continually produce innovative music, or perhaps they just lacked the charisma to represent what they created. Maybe they got tired of fame and fortune and decided to retire like P!nk, who semi-retired to start a family.

Whatever the reason, most artists have dropped off the scene after ten years. They didn’t quite have what it took to be remembered. Not for the right reasons anyway. But one thing will always remain true: Shrek is love. Shrek is life.