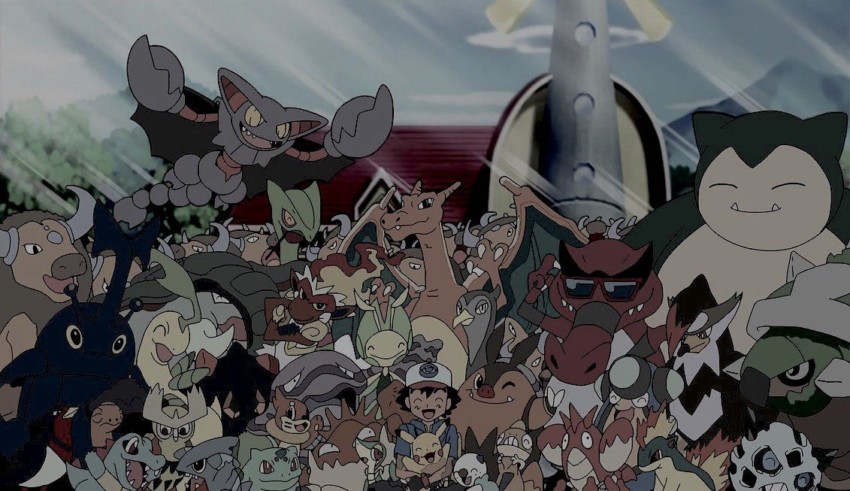 At their core, the Pokémon games have stayed the same in their formula. There have been a few outliers, but the main games for the franchise have kept the same format: You, as a trainer, go around catching all the Pokémon you can, battling trainers and gym leaders in order to become the champion. They’re great fun, but aside from new characters and monsters, there’s not a lot of change in each game.

That is, until the fan challenge called the Nuzlocke Hard Mode Challenge. Created by a college student back in 2010, the challenge was born out of a desire to spice up gameplay. The game is still the same in respect to the narrative and format, but the player has self-imposed rules that they must follow while they play. As far as steadfast rules, there are two key ones players must follow:

READ: Like death in video games? Then learn about the second iteration of Telltale’s Walking Dead game!

The creator shared his adventures on 4chan, in the form of crude web comics. The name “Nuzlocke” came out of one of the main characters—the Pokémon Nuzleaf, who was a reference/parody of LOST character John Locke. The comic featured a revolving cast of leads, seeing as any Pokémon could be killed in a moment. Think THE WALKING DEAD, but with elemental animals instead of gun-toting Southerners. It was a fun new way to keep playing the same old games.

The comic (which can be found here) covered three “generations” of games, and its three story lines. Of the three, Fire Red was completed, White remains uncompleted, and the first, Ruby Run, was actually counted a failure as the player’s whole team was defeated in the championship battle. That’s not something that happens in a normal game of Pokémon—if your team wipes out, you can use a Revive item, or make everyone better at the Pokémon Center. But in a Nuzlocke challenge, you can easily lose if you aren’t careful enough. That’s where the intrigue of the challenge comes in: it’d be so easy to play by regular rules, but the point of the challenge is to make the games new, and more difficult to win.

Since the creation of the challenge, many fans have taken the rules into their own games (as shown in one of these three DeviantArt fan comics). Some have even added their own rules, in order to make the game even harder. These challenges push the skills of the player to the test, in different ways than tournaments or speed runs. As other fans have joined in, they’ve also taken to making comics, or chronicling their journeys through write-ups and play-throughs. As different people played different games, we get to see not just different teams of Pokémon fighting to be the very best, but also the personalities and styles of all the different fans. Since anyone can take part in the challenge, anyone can lend their own unique voice to the format. The challenge has birthed several forums and sections of websites dedicated to fans looking for something more in their Pokémon experience. As fun as the games may be in their regular iterations, adding in the challenge rules means you can keep playing the games and get brand new experiences. It’s a twisted take on nostalgia, but the potential for dead Pokémon means the classic games get to live on with their older fans.

While Pokémon is still geared primarily towards adolescents, the games first came out in the late ’90s, so many of the franchise’s fans have been playing the games for upwards of twenty years. Even though the games haven’t really changed to become more mature in theme or content, fans have found a way to make it more mature anyway. And since those fans have grown up with the games, the Nuzlocke provides a convenient anchor for learning how to adapt childhood pleasures into their new life as an adult. Adding in death not only makes for harder mechanics, but also puts more emotional stakes in the game. You get more invested in Pokémon you have to protect, and only getting so many options makes every team member all the more valuable. With all the fighting in-game, there’s the very real potential for any of your hard-caught comrades might leave you in a flash, so the effort you put into them becomes stronger. You may not have the most ideal team in the world, but as the only one you’ve got, they’re just along for the scary ride of death along with you.

READ: How else is the narrative changing in video games? Read about how the agency of players is different in new video games

The addition of the comics adds to the level of maturity that can seep into the gameplay. As if adding the element of death isn’t enough, contextualizing it with your own narrative allows you to make it even more dark. The original Nuzlocke comic featured a healthy dose of humor and drama—not to mention a whole host of LOST references. With all of the different comics that have come out, we’ve seen some that lean more towards either end of the spectrum – from funny, to serious, to downright crazy. You can easily see a comic just as gritty as THE WALKING DEAD, but with those elemental monsters mentioned earlier. For instance, did you ever notice that your rival in Fire Red loses his Raticate at a certain point? Normally, you’d assume he just traded him out, but in a challenge, it becomes clearer that his Raticate died – and that you, the player, probably killed it. Just as we have grown to like more mature content in our television, so have we come to expect more maturity in the games that we play. And while we may have to insert it in ourselves, it doesn’t make the stakes any less real when you play with them.

The fact of the matter is that Pokémon is always going to stay formulaic. They may have some outliers, like the Mystery Dungeon games, or the upcoming Pokémon GO mobile game. There’s no reason for Pokémon to change up its entire formula just because its original fanbase has grown up. But since fans have grown up, we now have the capacity to adapt it to our current preferences for maturity. It’s a way to keep the games fresh in our minds, while still preserving the games themselves. Finding new storylines and stakes also help to make the games more engaging, creating whole new plot lines and teammates that you would never look for otherwise. And the comics has also created a whole community of older Pokémon fans, so that people can share their own stories with other writers. With the Nuzlocke challenge, Pokémon games are able to help fans grow up while still maintaining their love of playing Pokémon.