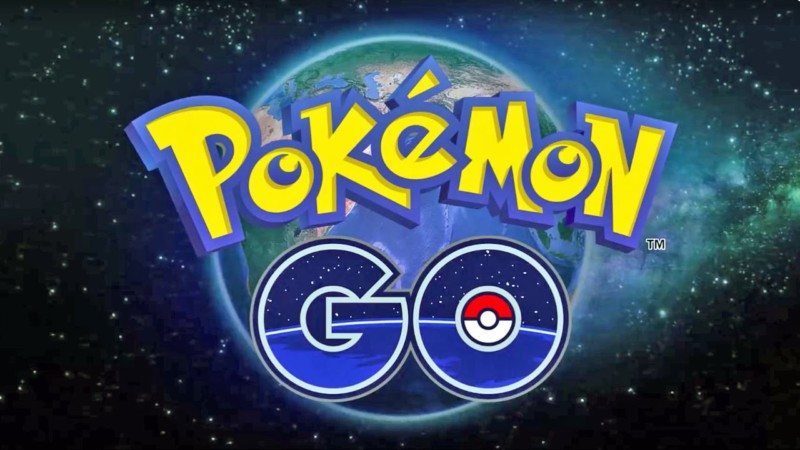 POKÉMON has been a worldwide phenomenon since its initial success in 1996. The franchise has made its way through Game Boy consoles, TV, all DS versions, and finally hit the app stores as POKÉMON GO. The extremely popular “augmented reality” game app has not only captured the attention of the world, but has also truly taken the creator’s original concept to heart.

Satoshi Tajiri, the creator of Pokémon, stated in an interview with TIME Asia that his idea for the game was directly linked with his bug-collecting hobby. He wanted to give kids growing up in urban areas, with little nature, the childhood experiences he had. For example, Tajiri enjoyed tiny discoveries like “[catching] beetles by putting honey on a piece of tree bark” or “[putting] a stone under a tree” and finding bugs in the morning. However, this wasn’t the only thing at the core of Pokémon. Communication was a “profound image” to Tajiri. He wasn’t alone hunting bugs back then. Many children shared his experience. Following this core concept, the Pokémon franchise has come up with all sorts of ways to push their players to go outside and interact with others.

Let’s take a look at how their methods evolved and compare them to the success of POKÉMON GO!

CLICK: Enjoy free-roaming games? Check out this article about what makes a good one!

Since he based Pokémon on this whole group creature-catching experience, Tajiri picked Nintendo’s Game Boy back in 1996 as Pokemon’s first platform because of its game link cable. It perfectly captured the communication aspect of his concept. In his interview with TIME Asia, Tajiri said that he imagined “actual living organisms moving back and forth across the cable.” He wanted to “design a game that involved interactive communication.” So, while battling is an important part of Pokémon, players can do that without the cable. The full experience, however, is centered around trading with others.

In the original POKÉMON RED and BLUE games, players have to trade between the games to obtain all 150 Pokémon. This was the initial incentive to get kids to interact with each other. After the story is completed, all that was left was to “catch ’em all!” Unfortunately, it was possible to have two of your own Game Boy consoles and link up between those. Early social aspects of Pokémon were easily circumvented, even if it could have been more fun to link up with friends.

In 2009, Nintendo released another, more obvious ploy to get players outside with POKÉMON HEARTGOLD and SOULSILVER. Each copy of the game was paired with a Pokéwalker, or a pokéball-shaped pedometer. The number of steps the player took influenced the types of Pokémon and items that would appear. Players could also gain experience and level up their Pokémon just by walking! Using the Pokéwalker would also unlock Pokémon a user normally couldn’t get until defeating the Johto League (a series of eight gyms and the Elite Four). Simply put, users could save themselves a lot of heartache and fainted Pokémon by walking instead. Pokéwalkers would also grant items to their users if they came within range of each other. After exceeding the maximum of 10 items, the users would earn in-game “money” to use.

The game itself was a huge success, selling about 8.4 million copies worldwide in eight months. However, that doesn’t mean that every user was properly using the Pokéwalker. There were many benefits to using Pokéwalkers, but users don’t always want to put in the physical effort. A quick Google search reveals thousands of results for “hacking” the Pokéwalker. Users would tape the walker to fans, to stand mixers, to their dogs, or just spin it on a string for easy steps. The device still did a lot of good, but it was more of a convenient perk to use while normally walking throughout the day rather than a real incentive to go running for steps.

Nintendo switched over from their game link cable to wireless connections in 2004 with FIRE RED and LEAF GREEN, making battling and trading less clunky. In POKÉMON BLACK and WHITE (Generation V), developers added even more wireless features for players to take advantage of and hopefully use with friends. Originally, players could only battle if their avatar was at a Pokémon Center in the game. In these games, released in the US on March 4, 2011, the player receives something called “C-Gear” from NPCs (non-playable characters) they assist, which allows the player to battle and trade wirelessly even if they can’t find a nearby Pokémon Center.

All these features were meant to make communication between players easier. The Entralink also was meant to encourage friends to get together and play. In the US alone, 2.4 million copies were sold within the first month of the games’ release. It’s safe to say an incredible amount of people were playing and using the game’s features. Although, the features promoted in this game didn’t necessarily make any further leaps in encouraging people to get outside. Generally, it seems that the new features simply facilitated communication.

READ: Have you heard of the Nuzlocke challenge? Learn about it here!

We’re almost at POKÉMON GO, I promise! Before that, let’s talk about the 3DS, one of the newest consoles by Nintendo. The 3DS was released in the US in late March of 2011. It came with a new feature, similar to the Pokéwalker and Entralink feature. Every 3DS comes with Street Pass, meaning, when you pass by someone who also has a 3DS, you get notified! POKÉMON X and Y especially focused on this feature. These games had the Player Search System, which allowed users to see any friends they had registered nearby, people they had passed before, or new players they’d never met.

This system also allowed users to battle and trade among anyone, like in BLACK and WHITE. The defining part, however, is that it was much, much easier to use. In the older versions, you had to actively search for others, or be satisfied with a random setup. Here, you could easily see who you were interacting with, which could lower any hesitation to trade or battle. X and Y had refined the features seen in the franchise’s previous games, which helped users explore them more. Nevertheless, the game, like many of its predecessors, could easily be played to satisfaction alone. Of course, while Street Pass was and still is a convenient perk of the 3DS, it doesn’t necessarily push players to go out and live out the heart of the franchise.

LOOK: Take a look at this article about equipment durability in video games!

Finally, let’s take a look at the game that has gotten over 7.5 million downloads within two weeks of its release, beating out its DS predecessors. POKÉMON GO, for the few that might not have heard of it, is an augmented reality app, whose main feature is capturing and evolving Pokémon found “in real life.”  The game displays a map, similar to Google Maps, using the player’s location as a reference point. To move the customizable avatar, players have to move themselves! In order to find Pokémon, players have to explore their area until one pops up. Then, they have to toss the Pokéballs themselves (often several times) to secure their find. Professor Willow, the NPC guide for this game, explains all this and more at the beginning before sending players on their adventure.

The concept is simple, but the game’s nostalgic quality and modern twist have made it an incredible success. POKÉMON GO has gotten more downloads than Tinder on Android alone, and more usage time than Facebook Messenger, Snapchat, and Instagram (not combined). The reason it has so many downloads is likely because it’s free, but it still makes the company millions daily. So why is it so popular? It has serious benefits, other than just being fun. Users claim that the app greatly helps them cope with anxiety and depression because it gives them something to look forward to. There is a huge difference between seeing a Pokémon in a virtual world, and seeing it as it would appear in the real world!

Plus, the game doesn’t make it easy to catch Pokémon by just sitting or even walking around the house. People are seriously exercising by walking, running, and biking all over their towns on their own “Pokéventures!” Personally, I go out biking for at least an hour when I play. Whenever I go out, my parents ask me “Are you going to catch Pokémon?” and the answer is usually a bemused “yes.” Once, I went to the park a mile from my house, and found a couple Pokéstops with lures! Pokéstops are landmarks, like parks or churches, where players can replenish their item supplies, and get eggs to hatch. Lures are items used at Pokestops to attract Pokemon nearby. As I approached, I saw probably around thirty people also wandering around the area aged 10 through 20. I even caught up with a few old high school friends!

This is part of POKÉMON GO’s incredible social impact on its players. When users go out to public places, they’re more than likely to come across a few friends, or even strangers, playing the same game. The app gives strangers a common topic to discuss, as well as a sense of camaraderie. When I gasped at the app indicating a Bulbasaur nearby, several people pointed me in the right direction. Even though I didn’t catch the Pokémon (to my extreme displeasure), one kid who advised me walked by later to ask me if I was able to get it!

I’ve had some of the sweetest and most hilarious experiences playing this game within the week it was released. Of course, it’s a little buggy with server crashes and whatnot, but that is also a testament to its popularity. More than anything, POKÉMON GO truly captures Satoshi Tajiri’s original concept of the game. The Pokemon franchise has always tried to do so, but finally people have a real incentive to live out in reality what Tajiri wanted to deliver virtually, and that makes a world of difference.