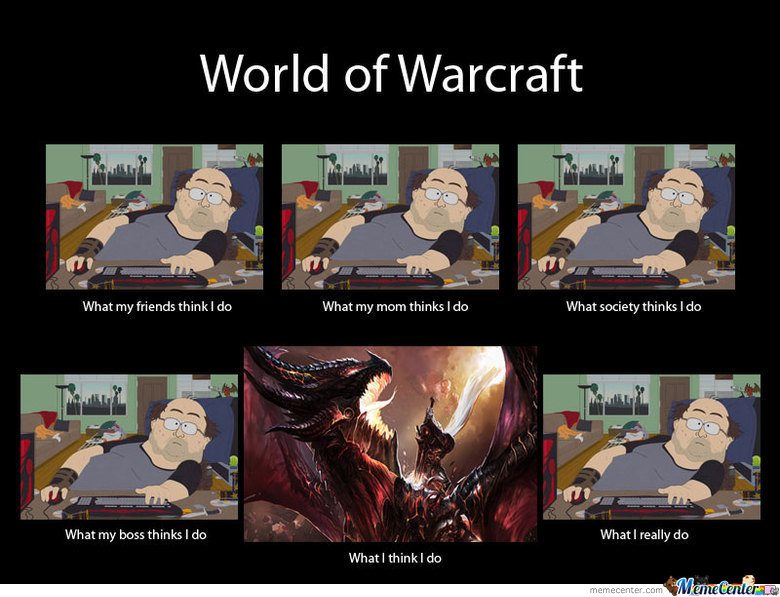 While it’s true that worldwide, the total time spent on WORLD OF WARCRAFT equated to 50 billion hours, what if I told you that playing an MMO, in moderation, of course, can help improve key aspects of a person? It may sound preposterous, but beneath the negative stigma associated with MMOs lies a hidden gem of marketable skills and improvements on mental health that can be harnessed by simply playing a game.

The most obvious trait of MMOs is the social aspect. It is inevitable that a player has to interact with humans. This can be seen as both a pro and con since any gamer can tell many stories witnessing the best and worst of humanity.

The biggest difference between the social aspect of MMOs and other online games is the duration of the communication. MMOs themselves are like social media since they can connect people from all over the world. Whether you’re casually standing around or in a dungeon, social interaction is happening all around you in an MMO. This is different than a CALL OF DUTY session where most interactions last for 5-10 minutes and are mostly muddled by adolescents cursing. While most players can get away with messaging each other through text, the hardest content will require voice communication, the bane of the existence of millennials. Being able to communicate and receive instructions clearly and concisely is a necessary skill for both the MMO world and real life.

It’s also imperative that one takes constructive criticism well when other players offer to help.  There’s always room for improvement and many games encourage players to help each other be better by giving rewards to veteran players if they do older content. This, in turn, helps new players catch up and improve their skills so that they can be among the veteran players. We were all Newbs at one point in our lives.

The biggest lure of video games is that they offer an escape from reality and an MMO takes this up a notch. Real people maintain the reality but they are all united by a common goal, playing the game and socializing in positive ways. It’s encouraged to form groups, or guilds, to provide players a place to belong to. This can become a safe space for members of marginalized groups who can interact with people of similar backgrounds. One example is in FINAL FANTASY 14 where there are plenty of LGBTQ+ friendly guilds for players who want a gaming space free of harassment. Someone from a conservative household could use the game as both an escape as well as a safe space to interact with others like them. The guilds even hold special events like a Gay Pride Parade where all the players march in matching color outfits to form a rainbow.

When it comes to managing guilds, a different set of social skills is required. It’s entirely possible to make a guild out of close personal friends but those who seek to increase their numbers need to put themselves out there. Leaders and admins need to develop ways to sell their guild and make theirs enticing as opposed to the thousands of others doing the same thing. In the real world, this can translate into marketing or sales skills, or develop leadership skills for future interactions. Once the numbers do increase, the promises made by the leaders must be kept. This involves maintaining resources like currency, items, and making scheduled times for raids and working around everyone’s availability.

The Importance of Teamwork

No other games emphasize teamwork like MMOs do. The standard roles that players can choose from are Tank, Damage dealer (DPS), and Healer. The tank keeps enemies at bay by drawing their attention; the Healer keeps the Tank alive and anyone else caught in the enemy’s crossfire while the DPS kill the enemies. Dungeons and raids require a minimum of 4 people working in tandem, but the most difficult ones have 8-24 player or more working together to complete a goal. Each person contributes to the team and players can’t advance through the game without each other.

It goes without saying that any game with millions of players means that you will run into trouble. The importance of teamwork means that one person failing spells the downfall of the rest. Those who play as Healers or Tanks have the most important roles and as such, are the first ones blamed when things go sour. These players need a tough exterior, a tough interior, a tough everything if they want to make it to endgame content as their respective roles. Most of the time it’s not even their faults for the entire party dying but a lot of people will try to place the blame on anyone but themselves. If anyone is thinking of taking on these roles, be prepared to defend yourself.

READ: Another Aspect of MMOs Found in Other Games is The Construction of an Immersive, Open World

Despite the inevitability of encountering trolls in an MMO, most days will end on a positive note since the games are designed to reward players. Besides loot rewards, games like Overwatch, which adopts some MMO elements, have a player commendation system that allows players to give each other a small acknowledgment for a good performance. Whether you’re a Healer, Tank, or DPS, there will be days where you wonder if your hard efforts to carry a team are appreciated and seeing the commendations can increase a player’s overall confidence.

The Best Friendships are Forged in Battle

If one is considering playing an MMO, it’s encouraged to play with friends or significant others to enhance the experience. MMOs give the rare opportunity to interact with different people and complete strangers have turned into best friends in most cases of MMOs. There’s nothing quite like meeting someone for drinks after slaying a dragon and helping each other get cool armor as a result.

In the case of couples, studies have shown that couples who play MMOs together reported positive relationship satisfaction than the sample groups where only one of the partners played. It’s interesting to note that in the gaming couple groups, it’s better for the partners to play separately since there will oftentimes be a skill gap between partners.

One might be a better player than the other and mistakes would often lead to arguments so playing the same game but not necessarily doing hardcore raids together would improve a relationship. There are many personal stories of people who developed a relationship in the game and met in real life.

In the gaming documentary Life 2.0, one such case happened where two people met in a life simulator game and decided to establish a relationship in real life.  Unfortunately, the way the male partner portrayed himself in the game world as a kind person was the complete opposite of his verbally abusive self.  Luckily the woman left him before any lasting damage was done. Despite the cases similar to Life 2.0, there are rare instances like in the FINAL FANTASY community where genuinely kind people have met each other at conventions and forged their own happy endings. It also helps that MMOs have their own little marriage ceremony options for couples, at a cheaper price too.