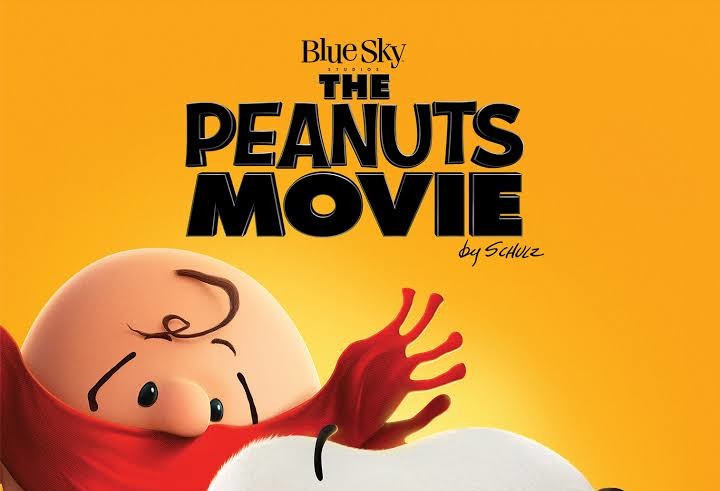 I think it’s fair to say that when people heard the news that Blue Sky Studios and 20th Century Fox would produce a Peanuts movie a collective “Good Grief” could be heard from many adults’ living rooms and people’s smart phones! How could Hollywood taint such a classic? Well, the answer is simple: money. It’s always money.  I leaned on the negative side too; however, on closer examination, the movie was partly written by the late creator, Charles Schulz’s, son and grandson.  Surely, the integrity of these characters and their legacy would be protected.

When I sat down for my screening, I was anxious after all the positive reviews.  I still had no idea what to really expect, but I stayed through the credits and past the final name.  My heart was warmed and, all objectivity aside, I loved it! 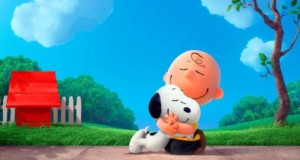 The animation was the biggest surprise.  It was packed with vibrant color, authentic to the characters even with computer animation, and carefully detailed.  I thought they should have stuck to hand-drawn, but alas we are in a new era of kids’ entertainment, and what’s most popular rules.  Quite frankly, this animation worked beautifully anyway.  It allowed for poignant emotion, especially with Snoopy and Woodstock with all their hijinks, and delivered it as pure eye candy.  There wasn’t a lot of distracting 3-D elements put in, either.

Another excellent incorporation was the use of thought bubbles.  The audience gets to see Woodstock’s classic “?” bubble as he talks to Snoopy, and you’ll see some of Charlie Brown’s thoughts in black and white 2-D bubbles occasionally.  I enjoyed Pig-Pen’s dirt cloud, as well! 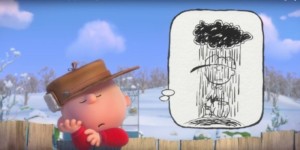 As for the story and characters, well that’s where the charm and heartwarming comes from.  Without giving too much away, all of the character traits from comic and television specials are replicated stunningly well.  It’s ripple after ripple of nostalgia, and it’s wonderful.  Everything from their quirks to their crushes is rehashed in a welcoming way.

As in the comic strip and television specials, it’s Charlie Brown and Snoopy who really shine.  Charlie Brown is a character to admire, and the plot centers around him having a crush on the new girl.  Snoopy parallels this love story with his own imagined one, as he fights the Red Baron to save a damsel in distress.  The story itself is nothing special, but the message is.

Charlie Brown is a kid who has a lot of bad luck in sports, in social situations, and in life in general.  He often gets upset about it, yet he always finds away to recover.  There are multiple situations in the film where Charlie is put in moral dilemmas, where he can be selfish or do the right thing.  He never wavers, always choosing the better option.  He is courageous in his choices, and he sets an image for the kids watching that should be admirable for parents.  Charlie simply has a heart of gold.  He is a model character for children to look up, and that’s what makes this movie shine.

Snoopy and Woodstock are just as brilliant. They provide much of the comic relief.  It’s mostly slapstick, but it’s glorious to see Woodstock and his crew grapple as tiny mechanics as they try to help Snoopy save his love from his mortal enemy.  The flying sequences are extraordinary and funny.  Everything Snoopy is pure bliss.  He’s the supportive cool partner of Charlie.  As Charlie says “A dog doesn’t give you advice or judge you, they love you for who you are.”

READ: Our review of AGENTS OF SHIELD S3-EP6

For the music, all I wanted was more from the original Vince Guaraldi Trio music, but otherwise it flowed well.

There was a neat Ice Age related short with the squirrel, Scat, as he basically formed our Solar System.

Woodstock operated a Zamboni.  It was glorious.

Here’s a neat look at why CGI peanuts was inevitable!

For another perspective, check out this review from our partners, Monkeys Fighting Robots!