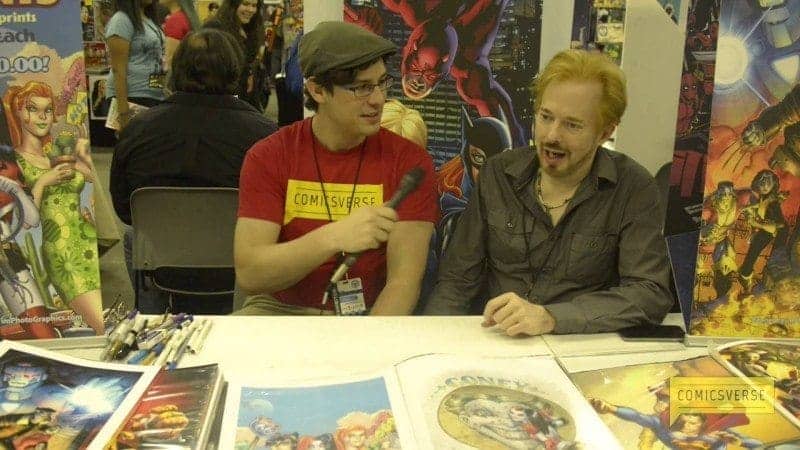 There are members of all levels of the comic book industry that show up at Special Edition: NYC 2015, and while some may be more high-profile than others, everyone is absolutely vital to the process.  From writers to letterers, pencillers to inkers to colorists, there are tons of people involved every step of the way, and while the writer and penciller tend to get the most credit, colorists are sort of the unsung heroes.  It’s hard to argue that artful color choice is a critical part of what makes a comic great.  One legend in this area is Paul Mounts, and we were lucky enough to get to hear about his creative process.

With more than 20 years as a colorist in the industry, Paul Mounts has been involved in a wide range of classic titles that include: Avengers, Fantastic Four, Old Man Logan, Thor, Moon Knight, Power Girl, and Before Watchmen: Silk Spectre.  Currently, he’s working on the eye-popping, jaw-dropping Harley Quinn.  With a deep respect and understanding for the medium, Paul focuses on storytelling when it comes to choosing his colors- the mood and tone of the story need to be reflected in both the writing and the art, or else there will be an unnatural disconnection.

His point of view makes a lot of sense given his background.  As a former advertising artist, he was constantly aware of telling a story.  He was storyboarding constantly, which translates extremely well to the comic medium- after all, Zack Snyder essentially used Watchmen as his storyboard for filming the movie version of the Alan Moore classic.  Incidentally, Paul Mounts was the colorist on one of the prequels to this story.
One thing is for certain, this is one colorist you’re going to want to keep an eye on.  With a knack for capturing the mood of the plot in his colors, Paul Mounts is one of the colorists who will be bringing some of your favorite titles to life.