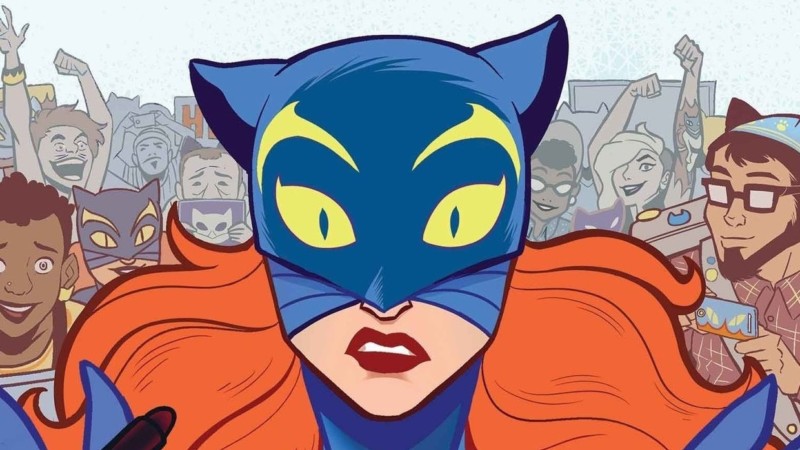 While attending the Women of Marvel Panel at the 2015 New York Comic Con, the panelists had announced a series of new female-led titles, among which included PATSY WALKER, A.K.A. HELLCAT! After actually reading said comic, PATSY WALKER, A.K.A. HELLCAT! turned out to be one of the best comics of 2016, taking the former Avengers and Defenders member and focusing on her personal escapades, ranging from fighting powerful supervillains to job hunting in New York (which can be just as difficult, if not more frustrating.)

Conceived in 1944 and created by writer Otto Binder and artist Ruth Atkinson, Hellcat was originally born as Patricia “Patsy” Walker in a romantic-comedy series akin to ARCHIE comics, which focused on Walker’s high school life and teen romances. However, the teenage sweetheart soon became an official superhero in 1976 appearing as Hellcat in THE AVENGERS #144 and, afterward, appearing in THE DEFENDERS #44 in 1977. From then on, the character had presumed a subtle but steady presence in the Marvel universe before a recent surge in popularity with her live-action appearance as Trish Walker in the Marvel Netflix series, JESSICA JONES. Though the character exists in a separate comic book universe than the one in the Marvel television series, this Patsy Walker comes with enough personal charm and appeal to more than can carry her own weight in this titles series.

READ: Where’s the representation in comics? Read our thoughts about it here!

Here’s why PATSY WALKER, A.K.A. HELLCAT! is worth reading:

In my opinion, the art of PATSY WALKER, A.K.A. HELLCAT! is simply incredible, a combination of clean lines and bright colors reminiscent of 1960s pop art and classic newspaper comic strips. Artist Brittney Williams clearly shows New York as it was meant to be seen, as the birthplace of heroes, both superpowered and non-superpowered, expressing a fantastic range of racial diversity and body positivity. Furthermore, the colors, done by colorist Megan Wilson, convey a brightness and positivity that perfectly highlight the enthusiasm brought about by the titular character and her friends. Also, the facial expressions and background designs are masterfully done, evoking laugh out loud expressions while capturing every situation perfectly, from full-on fight scenes to simple hangouts in bookstores and apartments. 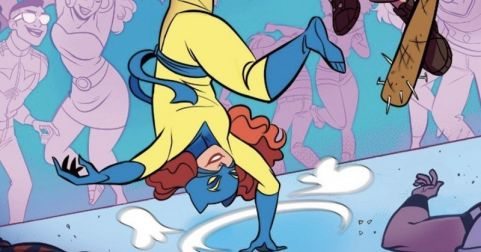 Kate Leth, in my opinion, is one of the best writers that Marvel has hired, taking this iconic character and infusing her with a young and vital energy that carries the superhero genre with a fun Millennial beat. Leth’s writing captures the lighthearted essence of being a superhero in New York, featuring cool story arcs from fighting baddies at Coney Island to grabbing burgers with various fellow superheroines, all the while infusing it with fresh humor and pop culture references.

While the titular protagonist has enough appeal on her own to lead the comic, the supporting characters allow the reader to become exponentially more invested in the comic, each with a unique personality and storyline. Take Ian Soo, who after accidentally attaining telekinetic powers, momentarily assumes the alias Telekinian (deriving from a combination of telekinesis and Ian — and yes, even he admits the name is lame). After attempting to rob an armored car before being busted by Hellcat, Ian agrees to become Patsy’s roommate, instigating the start of a beautiful friendship. Other amazing characters include Jennifer “Jen” Walters, aka She-Hulk, full-time lawyer/superhero and Hellcat’s best friend, along with appearances from various other Marvel characters, including Jessica Jones, America Chavez, Thor, and more.

READ: Catch up on Patsy’s adventures with our review of PATSY WALKER, A.K.A. HELLCAT! #2!

Hellcat is unique. After being both an Avenger and a Defender and literally being trapped in the depths of Hell, Hellcat needs a break and decides to start her own superhero temp agency, employing those with super-powered abilities who have trouble finding employment. Throughout the entire comic, Patsy’s personality as Hellcat shines — in various moments like taking down villains while posing for a Selfie or getting her own Hellcat tattoo, Patsy “Hellcat” Walker is an inimitable brand of positivity and strength.

While dark and brooding heroes are always interesting to read about, PATSY WALKER, A.K.A. HELLCAT! is a welcome relief to those who need a break from such storylines. All in all, PATSY WALKER, A.K.A. HELLCAT! is a dynamic, beautiful, and funny comic featuring a set of unique and diverse characters with engaging storylines and adventures ranging from the mundane to the magical, and all of this is within the boundaries of a single comic.

Launched in December 2015 the comic will, unfortunately, be coming to an end at issue #17, wrapping up PATSY WALKER, A.K.A. HELLCAT! in three volumes. However, as we all know, all good heroes never die (permanently that is), and Hellcat will definitely be returning to the Marvel Universe, especially in the upcoming DEFENDERS premiere on Netflix and season 2 of JESSICA JONES.

Writer Kate Leth had these lovely words to impart for her beloved audience: “It, like our audience, is queer, fun, weird, delightful and almost purely made of joy. So, thank you! Thank you with all my heart.” My recommendation: the next time you stop by your local comic book shop, ask for a copy of PATSY WALKER, A.K.A. HELLCAT! Volume 1: Hooked on a Feline. Trust me; you’ll be hooked in no time.