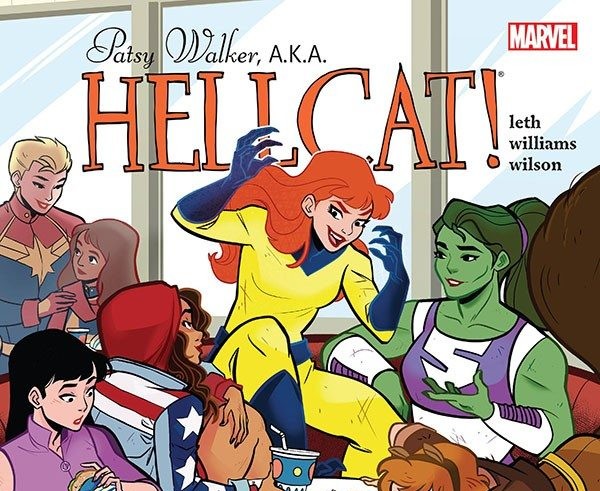 Writer Kate Leth teams up again with Megan Wilson on colors, and Brittney Williams on inks for the return of PATSY WALKER A.K.A. HELLCAT . This issue is jam-packed with more action and comedy for Hellcat fans out there, so what should we expect?

Last time, we left Patsy Walker proposing  a new career opportunity for herself and a few other superhero friends: a temp agency to find not-so-heroic day jobs. A name like “The Patsy Walker Agency For Heroes And Other Cool Friends What Are In Need Of Work” definitely shows some merit, but how can Patsy get the business going? Since friend and former boss She-Hulk, fired her from her last job, Patsy settles for a sales position at the “One -Stop Crop Top Shop” in order to get her business off the ground. Nothing like a job at a department store to keep those young Brooklynites trendy and disguise her identity as well.

We also learn that childhood friend, Hedy, has re-released all of the Patsy comics against the request of Patsy herself. This exploitation has made living a sort-of-normal life impossible if the young trendsetters of Brooklyn figure her out! But in the midst of trying to make an hourly wage, she encounters a villain shoplifting. Patsy transforms into Hellcat and finds herself getting into some action!

READ: Take a look at my review for the first issue of PATSY WALKER A.K.A. HELLCAT! 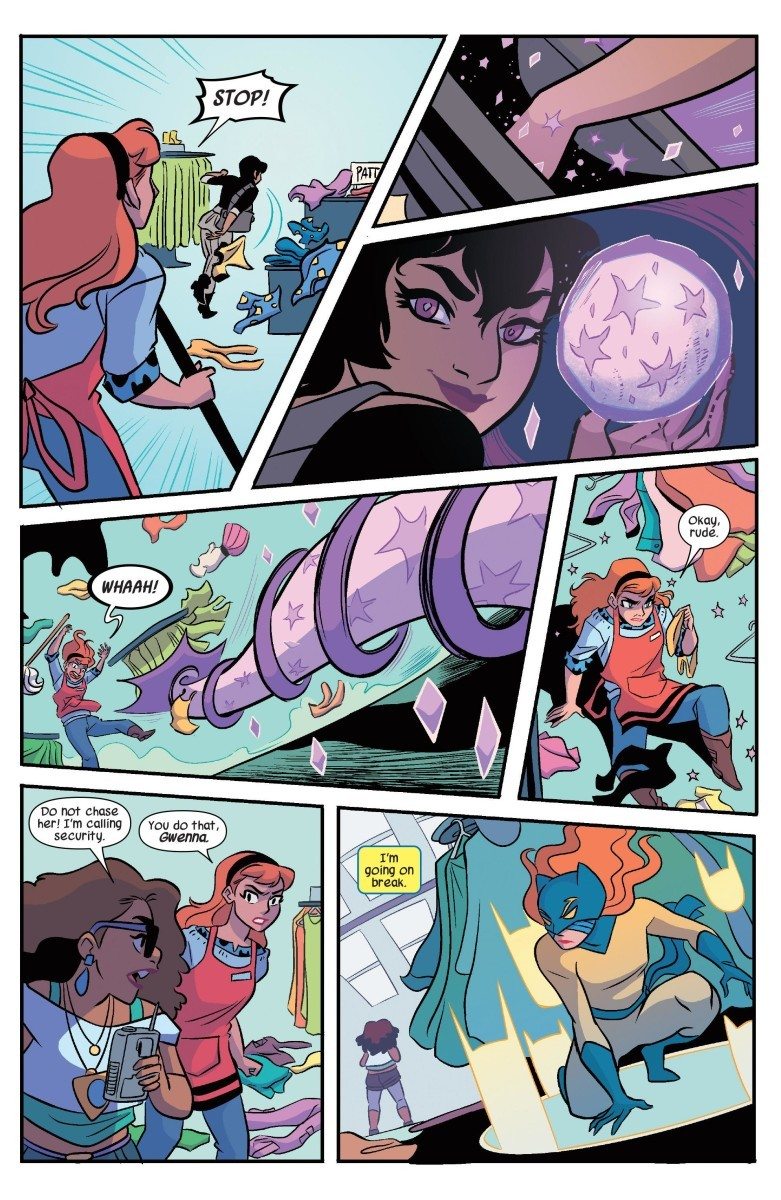 The action scenes in the book feature a smooth transition between panels while Hellcat chases down the villain. There is a great focus on small details from Brittney Williams, anywhere from accessories and details in each character’s wardrobe, to the bold, defined inking within each panel. After the commotion, Hedy catches Patsy off-guard on this heinous day, only to rain on her parade. Within all this action and chaos, we get appearances from Marvel favorites She-Hulk, Hawkeye, Miss America, Squirrel Girl, and Spectrum to save the day. I’m excited to see these Marvel characters pop up in the story, and show some love for our girl Patsy. 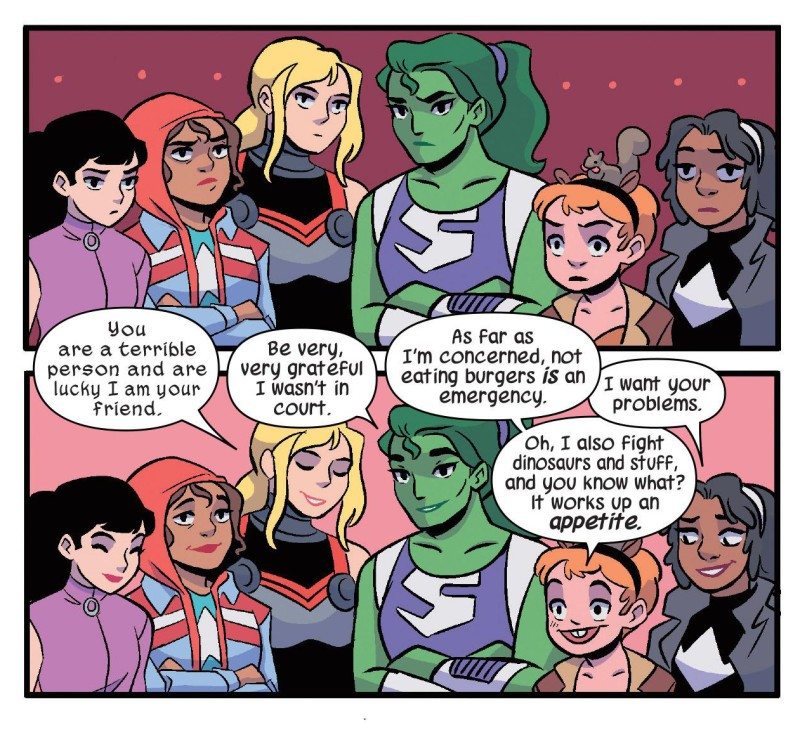 READ: Check out our article on another classic kick-ass catlady in comic books, CATWOMAN and everything you need to know about her!

I also love that PATSY WALKER A.K.A. HELLCAT has retained a light and comedic tone since the first issue, and leaves readers on a cliffhanger. Reinventing a classic character like Hellcat in such a well known setting like modern day Brooklyn is surprisingly successful. Kate Leth has been able to take Patsy Walker and add humor to counter the serious tone we see in the Marvel world right now from characters like Ms. Marvel, Jessica Jones, Captain Marvel, Spider-Gwen…the list goes on. Women in the Marvel world are definitely thriving and delivering serious, badass stories while giving readers new perspective in these vibrant storylines.  But having a comic out like PATSY WALKER A.K.A. HELLCAT surely balances out these comics and still kicks ass while holding its own, delivering comedy alongside the action. The book deserves praise for nailing the perfect formula for fun, creativity and relatability.

If you haven’t had the chance to get a dose of Hellcat’s girl power attitude and brilliance, I recommend picking up this fun comic and adding it to your comic book picks this year!