The DC Extended Universe has a unique advantage (or disadvantage depending on how you look at it) over the MCU. DC is completely embedded into a studio that knows how to make movies, and have owned them since 1969. With films such as MAN OF STEEL, BATMAN V SUPERMAN: DAWN OF JUSTICE, and SUICIDE SQUAD already out, all eyes are on Warner Bros. and what they will do with the characters we love. An upcoming film that tends to occasionally miss the mainstream consciousness is AQUAMAN. Jason Momoa of GAME OF THRONES fame is cast as the titular character with James Wan slated to direct. In recent news, Patrick Wilson has been announced to play Ocean Master in the film. Wilson, a staple “scream king” has appeared in films such as the INSIDIOUS and CONJURING franchises. Additionally, he has garnered attention for his role as Dan Dreilberg (AKA Nite Owl II) in WATCHMEN and Lou Solverson in the second season of FARGO. An accomplished actor in his own right, Wilson marks a welcome addition to the DCEU.

READ: The DCEU Post-Suicide Squad: Where Do They Go Next?

Wilson is reported to play the super-villain Ocean Master. Born Orm Marius, the character is the half-brother of Aquaman. In the comics, Orm consistently undermines Aquaman and is a rival for the throne of Atlantis. As an Atlantean he exhibits similar physiology as his half-brother, exercising the durability, stamina and strength exhibited within the species. In addition to such capabilities, he possesses a trident that permits him to employ the mystic arts and manipulate electricity and storms. Wilson is sure to bring in some serious acting chops to the role. This Golden Globe-nominee actor has had a diverse range of roles, spanning stage, film, and television. Though frequently noted for his involvement within the horror genre, the actor has accumulated several nominations for various performances. His character in ANGELS IN AMERICA garnered him an Emmy Award, whilst his involvement in THE FULL MONTY and OKLAHOMA! got him two Tony Award nominations. Granted awards may not mean much, the actor’s versatility suggests he takes on a role he is excited for, regardless of the medium or genre. This bodes well for AQUAMAN, for if an actor of Wilson’s caliber is interested, something interesting must be coming our way. As the actor states, “I think the lure of Aquaman [is] because he hasn’t been overexposed on screen.” This poses a unique perspective for storytelling. We do not know what AQUAMAN is going to bring, and we do not have the history of focus to draw speculation from. 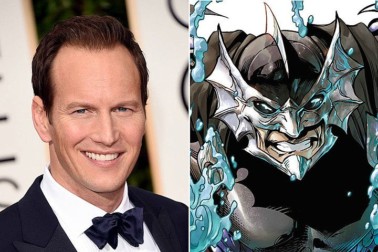 With numerous upcoming DC films, AQUAMAN is a contender for a prime success story. Films such as BATMAN V SUPERMAN, MAN OF STEEL, and SUICIDE SQUAD have felt immense pressure for they are full of characters that have been adapted in a million and one different ways. Wonder Woman herself represents an important part of DC’s trinity, as the first film adaption for the character, the first female superheroine, and the first film to follow such divisive movies we’re all holding our breaths and praying for a universally beloved film. AQUAMAN poses no such considerations. The character himself has often been overlooked and mocked. However, those familiar with the comics knows he is just as bad ass as they come.

The announcement of Patrick Wilson as Ocean Master further highlights why this movie has such great potential. The director James Wan has found success within the horror genre and has consistently worked with Wilson directing the INSIDIOUS and THE CONJURING films. Having a familiarity with his cast means he can bring out the best in them, and shape Wilson into someone truly villainous. Also, having a background in horror has proven to be an effective way to incite a unique superhero adaption. Most recently we just saw how Scott Derrickson, a horror director, was able to successfully interpret DOCTOR STRANGE. Wan is in charge of building a new world, Atlantis, with its own people, governance, and natural environment. Utilizing the kind of skills needed to build suspense and a unique world in horror is transferrable to a film such as AQUAMAN. The same can be said for Wilson, for he has to play a part that simultaneously requires him to be malicious and brotherly, the kind of duality that is prevalent within the horror genre and one we have seen him accomplish in FARGO.

AQUAMAN is definitely a film to look out for. In addition to Jason Momoa and Patrick Wilson, we have Amber Heard as Mera, Willem Dafoe as Nuidis Vulko and Michael K. Williams as Black Manta. The cast is shaping to be a distinct combination of noteworthy actors. People who have so far proven themselves capable, but who have yet to garner the blinding superstardom we often see peppered around some films. With the recent announcement that the Ben Affleck Batman solo film will begin shooting in the spring, AQUAMAN has been pushed back to October 5th, 2018. This can be seen as an opportunity to deliver on a film done right, with a few added months, Warner Bros. can ensure AQUAMAN will come out in tip top shape. Warner Bros. has a history of delivering amazing films, with franchises such as Harry Potter they are by no means incapable of executing a stellar DCEU. However, audiences are divided on every film released thus far. News around any DCEU film is faced with such scrutiny because DC does have some of the most powerful characters known to comics, and yet they don’t always translate as well on-screen. AQUAMAN, with the casting so far, the director, and the fact that technology as advanced to a point where Aquaman can look awesome rather than campy, is a tentative silver lining in the DCEU. It is a reminder of what is to come, and the film suggests it has the capability to be a knock-out. 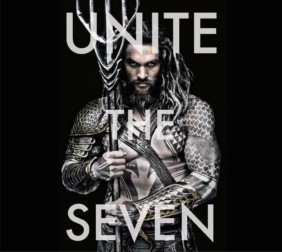