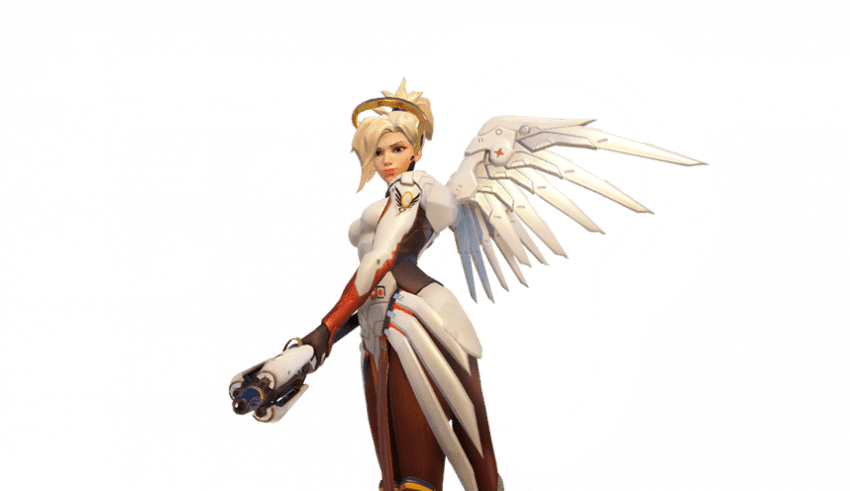 Everybody needs a hero. For most teams in OVERWATCH, that’s Mercy. She can heal, she can fly, and she can bring your corpse back to life to save the game. While most people don’t like playing as a healer, they’re a necessity to any winning team. After playing as Mercy for the better part of a week, and for a large part of this game’s lifespan, I can say she is by far one of my favorite heroes. Here’s some thing you may not have known about OVERWATCH’s guardian angel.

While working at a Swiss hospital as head of surgery, Angela Ziegler founded a new technology that improved the healing capabilities in humans. This attracted the attention of Overwatch. She vowed to help them but often disagreed with their militaristic tendencies. That being said, this awarded her an opportunity to use her technology to help others. She crafted her Valkyrie suit in order to better move around the battlefield and heal other agents. These days, she travels around helping others as much as she can and dons her suit whenever and wherever she is needed.

Mercy is a healer, first and foremost. Her Caduceus Staff emits a constant beam that attaches to a nearby ally of your choice, either healing them or increasing the damage they deal. Mercy can also sheath her staff and pull out a small automatic handle gun and thanks to her “Guardian Angel” ability, she can rapidly fly toward an ally within range. Her passive ability (one that is constantly in effect) slows her descent when falling and her ultimate ability, Resurrect, can bring allies within a short range back to life after they fall on the battlefield. 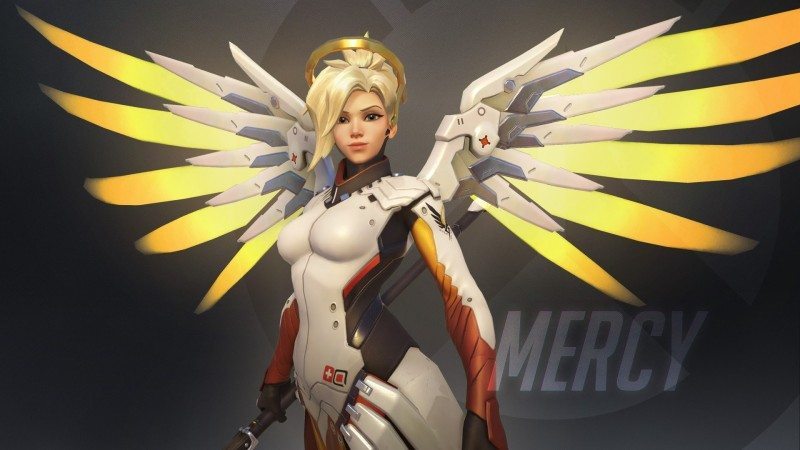 When playing Mercy, it is best to constantly keep moving. That is the basis for all strategy with the character. She cannot easily defend herself and shouldn’t have to. Hopefully, although it is sadly pretty rare, her teammates will protect her given the fact that her health bar pops up on screen if she’s healing them or giving them a damage boost.

Moving with Mercy can be done in several ways. It’s best to constantly stay attached to a teammate, regardless of their level of health. Mercy can follow them around and make them almost invincible in battle. For example, following a D.Va into battle pretty much makes her an indestructible tank that never stops firing, and giving her a damage boost can really change the tide of a firefight. The same could be said for Bastion. Using him as a shield while either upping his damage output or keeping him alive can become a massive problem for the opposing team, even trapping them in their spawn at times.

Mercy can easily get to different teammates on the battlefield quickly. If your team is defending a point and is spread out, be sure to keep an eye on ally health-bars at all times. If you can keep your team alive, enemies have no chance of moving forward. It can be tough and hectic at times, but staying agile and alert makes your team a lot stronger. It is easy to become distracted when healing a Bastion or upping his damage, but don’t forget you have more than one teammate that may need your help.

A lot of players forget she can up damage, as she is mainly a healer, but if you notice your ally isn’t losing health but is still firing, its not a bad idea to give them a damage boost to see what happens. Aiding a sniper can be the difference between them getting a hit marker and getting a kill. That being said, be aware of where your ally Hanzo or Widowmaker is perched and don’t be afraid to give them a hand. 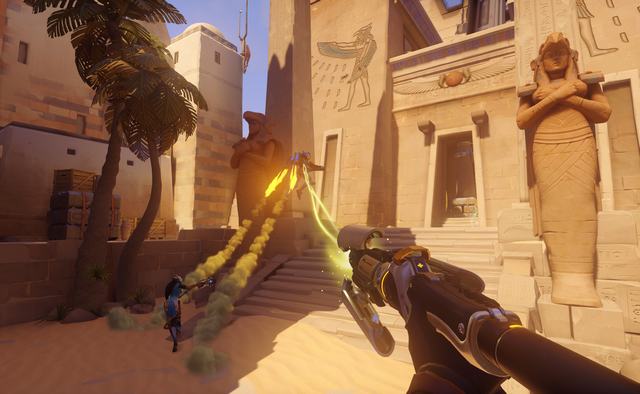 Mercy’s pistol should not be relied on, and is best served in a last resort situation. If your teammates drop and you’re stuck in a pinch, it’s possible it can finish off a low health enemy, but it’s best to run for cover. It even has trouble taking on a de-meched D.Va. However, if you see a pack of enemies moving forward, or a Reinhardt in the distance, its not bad to take a couple shots from behind cover to deal a little bit of damage if no teammates are nearby that need help.

Unfortunately, Mercy moves a tad on the slow side. She can only fly toward allies if they’re within a certain range. This is great, especially if she gets flown off an edge, but be mindful that she takes a while to get back in the action from spawn. She should be played passively and away from all-out firefights for this purpose. She’s no good to your team if she’s constantly running from spawn to battle over and over again.

READ sick of bullet-sponge enemies in games? Here’s how we can solve it.

Her ultimate ability is pretty straightforward, but its all about timing. It recharges fast, so there is temptation to use it as soon as you get it, but you’ll quickly learn there are times when its a lot more useful. When attacking, its almost always best to save it for when you’re near the objective. If there are multiple dead allies within range, more than one can be brought back and that can be the difference between losing or capturing an objective. It can catch enemies off-guard as well, and is another way that OVERWATCH matches can change momentum in the blink of an eye. If you’re defending, its pretty much the same deal, but also important to know if your sniper is holding back enemies and is more valuable than other characters.

Mercy is one of the strongest characters in the game and can be the MVP of your team if played correctly. Its tempting to run around healing tanks, but when used strategically she’s a force to be reckoned with. Give her a shot sometime and let us know in the comments if you have any more strategy tips!