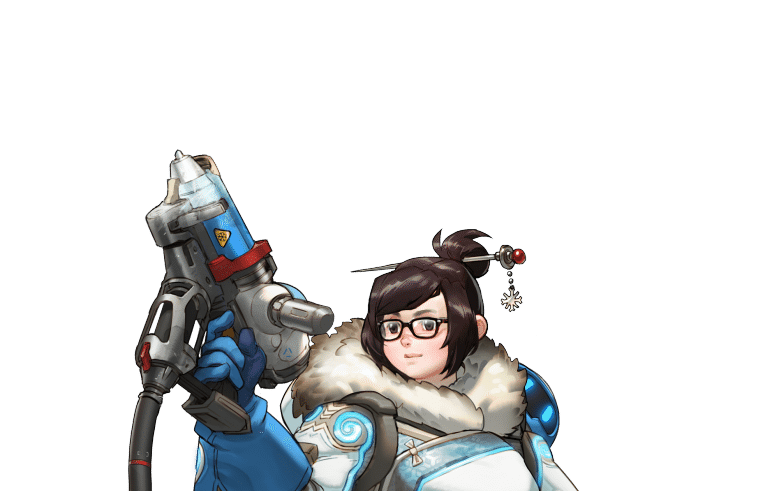 Of all the heroes in OVERWATCH, Mei is arguably the most adorably lethal. She’s cute, she’s tough, and she can literally freeze you to death. Here’s some things you may or may not have known about her.

READ: Our last OVERWATCH spotlight, all about Hanzo!

Many years ago, OVERWATCH established a number of eco-Watchpoints around the globe, charged with solving the current global environment crisis. Mei, a young and light-hearted woman, was one of the scientists stationed in Antarctica. After a polar storm knocked out the power and endangered the lives of her and her team, they decided to entire cryogenic stasis until help arrived. Unfortunately, by the time they were found, Mei was the only survivor. Nevertheless, Mei continues to work today to fix the world. Armed with a version of her own climate-manipulation technology, she travels the planet in hopes of restoring the ecosystem. 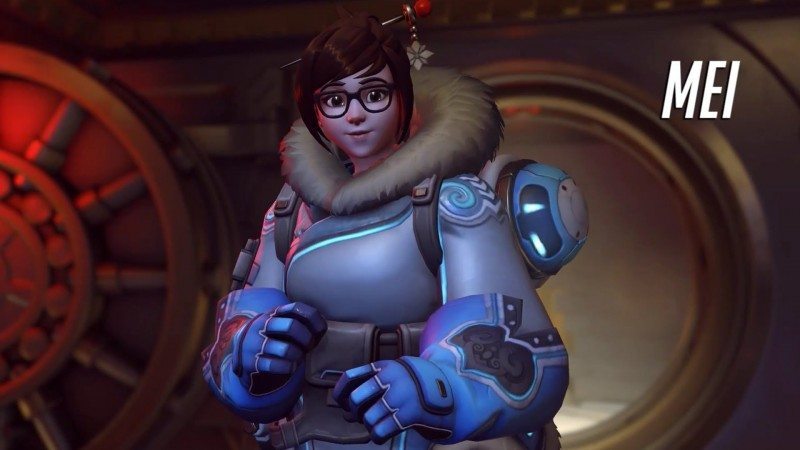 Mei has an interesting skill set. She is categorized as a defense hero, but has a ton of ways to deal damage as well. Her main weapon is, for lack of a better term, an ice gun—aka her “endothermic blaster.” It either shoots a stream of cold air, damaging and even freezing enemies over time, or shoots a high-damage icicle. One of her cool down powers erects a wall of ice at a location of her choosing. The other sends Mei into cryo-freeze for a few crucial seconds, shielding her from damage and healing her over time. Blizzard, her ultimate ability, launches a drone that freezes and damages any and all enemies caught within its range.

As stated before, Mei is a typically defensive character who can also deal some serious damage. So, to begin with, let’s look at those defensive capabilities.

READ: Why it’s time to shut up and get amped for the Han Solo movie!

First and foremost, her ice-wall can be devastating. There are quite a few creative ways to use it, too. It can be used to block a choke point to keep enemies from advancing, or in front of an advancing payload to halt those traveling with it. If she shoots it underneath someone, they rise with it, which can aid a teammate or completely throw off an enemy. It can even help when capping an objective by blocking off an entire entrance or exit. It’s easy to get the hang of, but mastering when and where to use it can totally change the course of a match.

Mei’s cryo-freeze isn’t very beneficial to others, but pretty much allows her to heal and protect herself whenever. It’s nice to heal in a tough spot, but especially beneficial when saved to combat an enemy’s ultimate ability or when capping an objective that’s surrounded by enemies.

On the damage side of the game, Mei’s endothermic blast can be deadly. Not only can she deal damage from a decent range with the icicle blast (which can be tricky to get the hang of, so don’t count it out if you aren’t hitting your shots right away), but her freezing ability can be, well, nuts. It’s great to deal a lot of damage quickly, but when it freezes someone it can change the momentum of a match instantly. Freezing an enemy tank allows your teammates to quickly take it down without taking damage themselves. It’s great to use with allies, but even alone it can change the tide of a one-on-one battle instantly. Just don’t forget to reload! 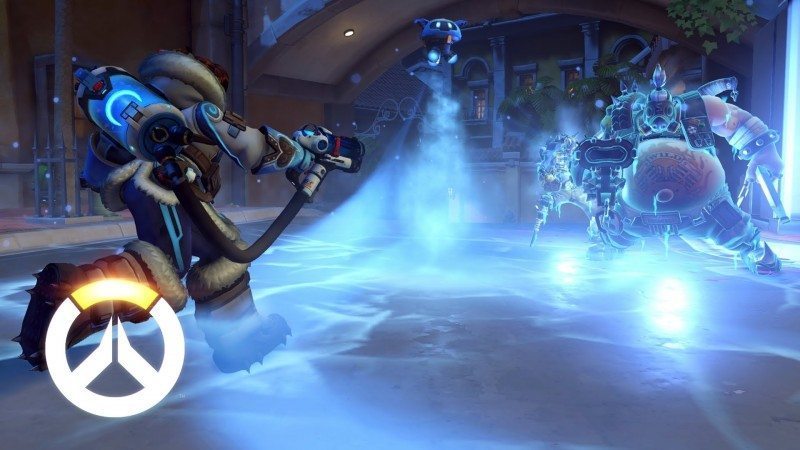 The weather drone that Mei launches as her ultimate ability probably won’t award you the play of the game, but it’s one of the most oppressive ultimates out there. When launched at a crowded objective, it can either buy your team some time, or help finish off the enemies and end the match. It’s easy to avoid and doesn’t freeze instantly, but when used in a crowded firefight on some distracted enemies, it’s as good as any other power in the game.

Do you have another way to play Mei, or have a crazy success story? Got any tips that we left out? Let us know in the comments below and come back next week to see how to play as the world’s most adorable robot: Bastion.