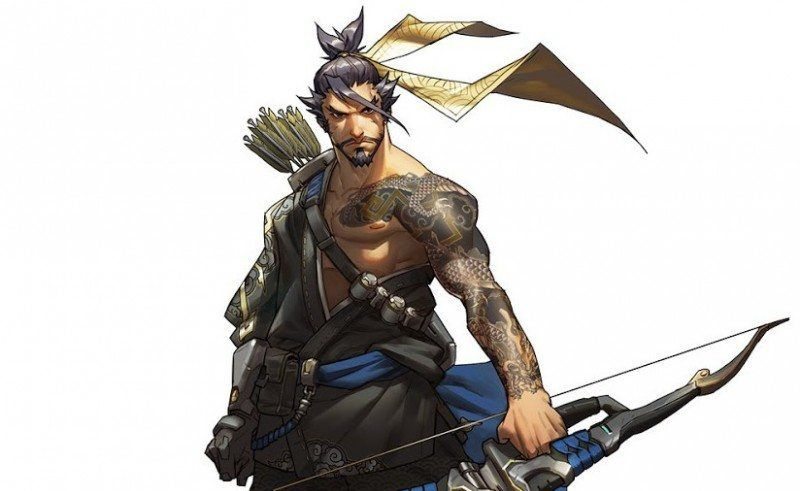 There are a vast array of heroes to choose from in Blizzard’s OVERWATCH. With the game dropping early next week, this column will continually attempt to provide backstory, tips and other fun facts for its characters. First up? The bow-wielding badass Hanzo.

The eldest son in a family of great assassins, Hanzo was one of two great dragons that legend says fought a great battle against one another. The second was his brother, Genji. After their father passed, Hanzo took over as head of the family. He was forced to straighten Genji out, who had become a less-loyal son, by any means necessary. In the ensuing fight, Hanzo killed his brother, or so he thought. Thanks to the Overwatch organization, Genji survived. As time went on, Hanzo continued to honor the brother he thought he had killed, despite their tortured past. When the time was right, Genji revealed himself and showed his brother the truth of the world, bringing him to abandon their family business and travel to many different lands, honing his skills and adventuring on his own. A short film version of this can be seen on YouTube. Hanamura, a map found in the assault playlist, is home to their former family clan. 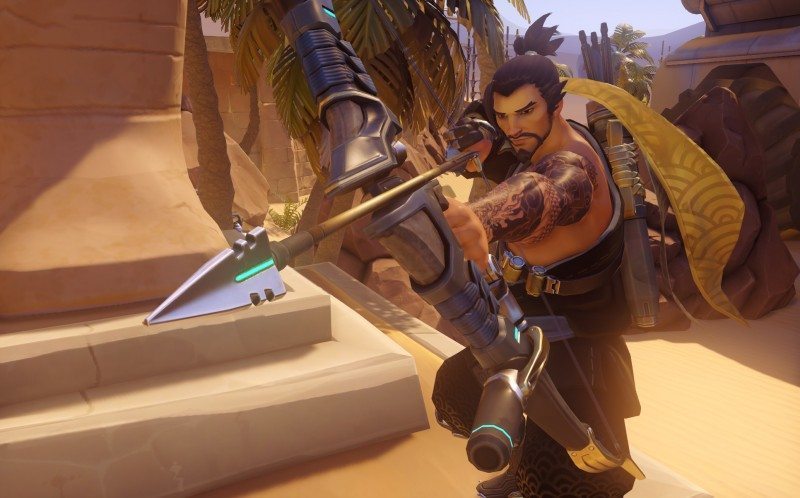 Hanzo is a ranged-weapons specialist categorized under the “defense” role. In essence, he’s a samurai version of Legolas with some crazy mystical powers to boot. To begin with, his bow is his greatest asset. Naturally, he can shoot people from afar. Thanks to his two cool-down powers, he can shoot both a scatter arrow and a sonic arrow, which alerts him and his teammates to the location of enemies within a certain range. His speed is moderate, but he can jump and run on walls for a short amount of time, allowing more routes for quick getaways and new vantage points. His ultimate ability launches a stream (for lack of a better term) of twin dragons forward from an arrow, killing all in their path.

READ: How UNCHARTED has been one of the best franchises of the past ten years.

In essence, Hanzo is a sniper. His bow can scope in to an extent, deal high damage from a long range, and he’s weak up close. That being said, wouldn’t a character like Widowmaker be vastly superior at what they are both trying to accomplish? On a casual surface level, sure. But look a little deeper and Hanzo can do a lot of things that Widowmaker, and a lot of other heroes, can’t.

Hanzo’s biggest downfall in a lot of eyes is that his bow can’t “scope in” like Widowmaker’s rifle can. However, thanks to his wide field of view, players gain an immense view of the map while simultaneously “aiming down sights” (as much as they can with a bow), allowing them to move freely and become more aware of dangerous surroundings. While snipers are usually confined to one position, Hanzo has great mobility while firing his weapons and can easily track targets as they move. This is supplemented by his ability to wall run, as movement and sights are enhanced by taking routes that few other heroes can. 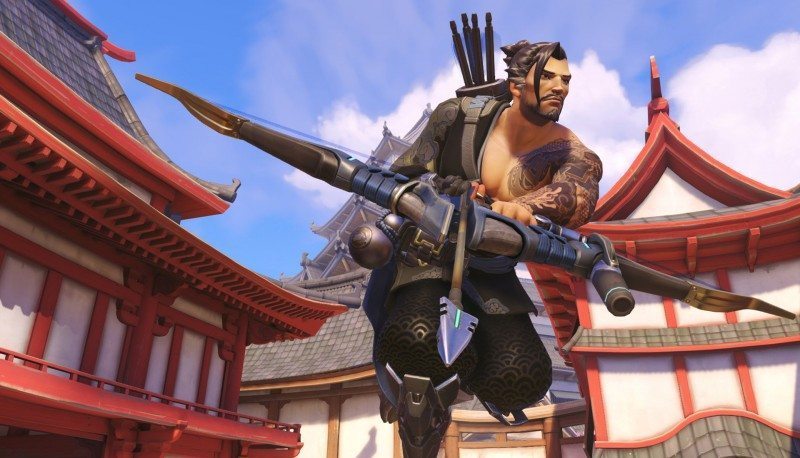 Hanzo’s arrows can be changed while drawn, so that when a normal shot is drawn back, a quick scatter or scanner arrow can be fired when needed. His scatter arrow is great for choke points and crowded objectives. His scanner arrow is great for finding a hidden enemy on the other side of a doorway. In these ways, he is great for medium range. When communicating well, he can be a valuable asset to any team trying to cautiously move forward on a map, whether he provides an extra view or a barrage of covering fire. While he may not always get the most kills, it is important to remember that Hanzo can be a great addition when helping teammates find enemies or holding them down to certain positions on the map.

On that note, Hanzo can be great at bottlenecking enemies in choke points. While holding down an objective, he can continually fire arrows at popular doorways, providing both suppressing fire and surprising amounts of damage at enemies charging forward. Most players retreat quickly around a corner or through a doorway upon taking damage, which is something to keep in mind when deciding where to position Hanzo when protecting or attacking.

Be cautious using Hanzo at close range, as he is an easy kill for enemies using melee weapons, like his brother Genji. He’s not slow, but has trouble dealing damage to a fast-moving target.

When used correctly, Hanzo’s ultimate ability, Dragonstrike, can wipe an entire team. It moves slowly and is easy to evade, but can be a killer at certain moments. Try using Dragonstrike when enemies are already engaged in a firefight so they don’t see it coming, perhaps by coordinating with teammates. It doesn’t fire from Hanzo himself, but rather from an arrow he fires, so it’s easy to miss but also easy to hit enemies from further from the battle. Using this to clear a path toward an objective or from a payload is extremely satisfying.

Do you use Hanzo in a different way? Have an awesome success story about wining a game with a single arrow? Or do you think everything above is wrong, and Hanzo should be played differently? Let us know in the comments below, and we’ll see you on the battlefield.

Make sure to come back next week where we’ll be putting the spotlight on the small, but certainly not weak, Mei.