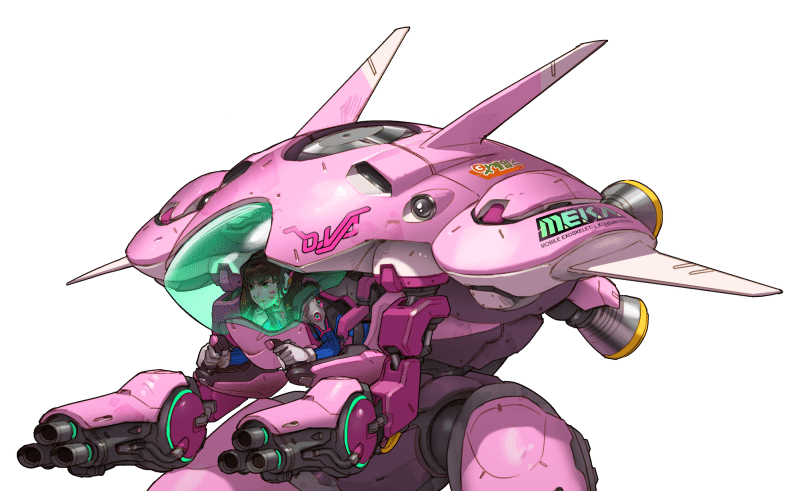 Of all the heroes in OVERWATCH, D.Va is one of the most interesting. She essentially has two lives, a cool backstory, and tons of strategy. Since there isn’t too much backstory about the characters present in the game, let’s dig a little deeper to find not only the hidden story, but some strategy tips coming from a week of kicking butt as D.Va.

When Hana Song’s home country came under attack and lost control of its battle drones, they were forced to put people in the mech suits to fight their battles. Naturally, they drafted video gamers to command the mechs because they had the best reflexes and skills needed. Hana, a former professional STARCRAFT player, was one of the first to go. She was the top ranked player in the world in her late teens and a highly skilled gamer. She uses these skills to fight for what she believes in. She even livestreams some of her field operations to her fans. When players enter the game, they don’t simply control Hana, they control her new, fully weaponized mech-suit alter ego: D.Va.

READ: Last week’s character spotlight, all about the murderous Mei!

When you spawn in as D.Va, you’re in control of the mech suit. It’s a slow and meaty tank of a beast that can take a lot of damage for your team. It’s got machine guns with a decent rate of fire that slow you down drastically as you shoot, boosters that will shoot you forward for two seconds, and a defense matrix which allows you to suck in all enemy projectiles without taking damage for a few seconds. When her health bar gets all the way down, Hana will pop out of the mech suit equipped with an automatic pistol and significantly less health. If you can stay alive long enough as Hana, you’ll be granted a new mech suit at full heath. D.Va’s ultimate self-destruct ability causes her mech suit to explode with a massive area of effect. 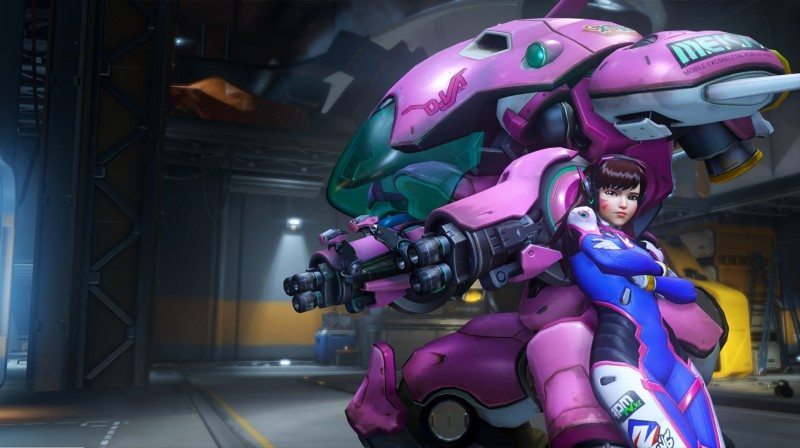 D.Va is an interesting subject. Some love her, some hate her, and Blizzard are even thinking about buffing her so that she deals more damage. That being said, she’s a force to be reckoned with on the battlefield.

D.Va has an excellent rate of fire, even if her damage is a tad on the low side. She’s fantastic from close range, which can cause trouble at times due to her large hit box. However, putting D.Va right into the middle of an objective or on a payload isn’t a terrible idea. She’s not the greatest at a 1v1 firefight, but in the middle of chaos she’s perfect at dealing a lot of damage to a lot of enemies and probably even scaring them away. Try using her as more of a support character, assisting with kills and finishing off enemies.

Her defense matrix is excellent in a pinch, but is also useful when moving out of spawn to capture an objective. It sucks in a ton of potential damage to her and her teammates, and if saved to use at the opportune moment, can really save her or her teammate’s lives.

CHECK OUT: Why it’s probably best for some TV shows to just stay cancelled

The boosters equipped in D.Va’s mech suit are one of her greatest assets. Not only can she move around the battlefield quickly, it also makes her a giant, rocket-powered battering ram. She can damage enemies on impact, move them away from an objective or even knock a widowmaker from her perch.

Said boosters can also be used in conjunction with her ultimate self-destruct ability. By thrusting forward while using the ultimate, it becomes a giant bomb moving at light-speed across the map, potentially into a heavily guarded area. It’s a fantastic ultimate ability alone, too. While enemies can see it coming, it’s an efficient way to clear out an area or score a multikill thanks to some distracted adversaries. 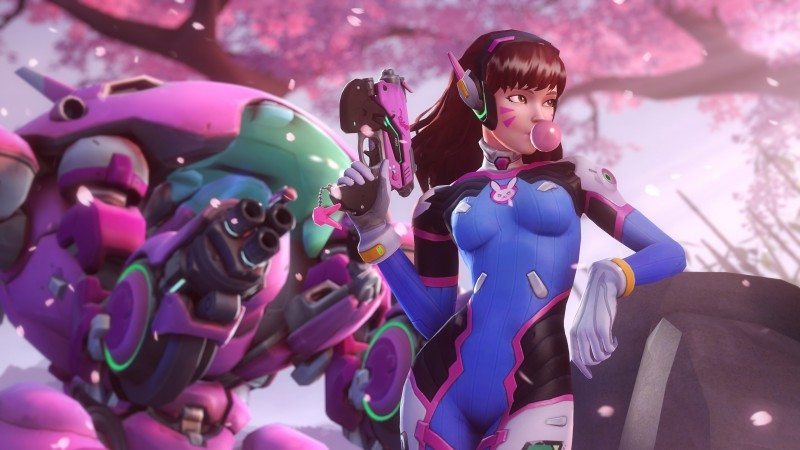 The tricky thing to remember is that D.Va has a funny way of never dying. When she takes enough damage, Hana takes over outside of the mech. She’s fast and deals decent damage, but has little health and no armor. However, she can get a new mech suit if she stays alive long enough. This suit can also come faster by building up her ultimate status, which moves very quickly if she deals damage. It’s a smart move to keep her distance from the firefight, but close enough to spray bullets and get enough hit markers to get that mech suit moving fast.

D.Va is a blast to play as. She’s got a few abilities that, when used together, make her a huge threat to the other team and a huge asset to yours.

Do you play her differently or have any more tips? Let us know in the comments below and comeback next week for a spotlight on the best healer in the game: Mercy.