Open world (OW) gaming has existed for decades; it is nothing new to the gaming industry and it is not an original design to use in a game. Nonetheless, it feels like more developers these days are adopting the explorative nature of OW designs, sometimes completely abandoning linear structure.

When I refer to linear games, I am describing games that have a set structure with predetermined challenges that every player will encounter in the same order. Think about the classic video game SONIC THE HEDGEHOG; the player navigated through an established level before facing Doctor Eggman. The game’s goal was always the same and each level eventually arrived at the same point.

OW video games, however, are nonlinear; they have expansive areas where players can explore a virtual environment. Players also have the option of when and how they reach their goal. The ASSASSIN’S CREED franchise is a notable example of open world gaming; it heavily encourages the player to explore the game’s historical setting and build up their skills through optional sides missions or collect hidden items throughout the location.

OW games fall within a spectrum between two points: craft and quest. Craft simply focuses on creation and survival while quest focuses on exploration within a storyline. An OW game can have elements of both, but often leans a little more towards one side of the gamut.

CLICK: KANYE QUEST may seem like a strange, ridiculous game but is there a possibility that it was made by a cult?

Craft is the most nonlinear type of OW gaming. There is no set storyline, no predetermined puzzles or obstacles, and zero similarities between how two players navigate the game. Players must search the area around them in order to find materials, build items and structures, and survive another day.

MINECRAFT is a prime example of craft, just look at the title!

The world in MINECRAFT is procedurally generated each time a player enters the game; it can range anywhere from forest to desert to snowy mountains. This does not mean, however, that the entire landscape will be covered in trees or covered in snow; players can move beyond the spawning point into new territories, even crossing bodies of water. 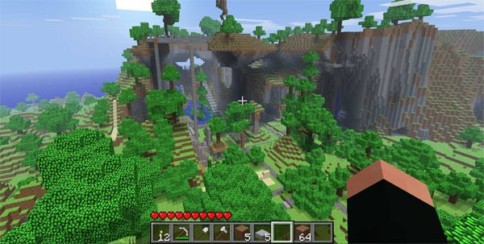 The game is entirely in first-person, but there is an option to switch to third-person. Most of the monsters will come out at night or in dark places and players can either fight or flee, so long as the habitat that they created is not destroyed.

Creating objects is literally the only way to play this game. You have the option of just running around and fighting any monster you see, but that can eventually get boring.

The purpose of the game is to let your creativity flow, to mine different elements and build whatever comes to your imagination. Players have built anything from a cliffside house to the entire map of Mordor.

READ: Not Your Typical Princess Story

Other video games have adopted a similar style of gameplay of leaving the player to their own devices in order to survive.

SUBNAUTICA takes place in the middle of an ocean on an alien planet, surrounding you with alien sea creatures. NO MAN’S SKY procedurally generates an entire universe that you can freely explore, collecting information on alien flora and fauna. In THE FOREST, you survive a plane crash that leaves you stranded in, well, a forest; you once again have to use creation in order to survive both the natural elements and the cannibalistic tribe that watches you from afar.

While these games focus heavily on creation and survival, they also have an underlying story. This brings me to the other pole on the OW gamut: quest.

Quest mixes linear and nonlinear gaming mechanics, focusing on the story while maintaining the freedom that OW offers to players. It has one main plotline, with an end goal that the player will eventually reach. Sometimes the player’s actions and decisions affect the goal; other times, the goal stays the same and the way the player reaches it is different.

CLICK: DARK SOULS III was an amazing game that encouraged exploration, although it is more linear than OW. Read my article here on the game’s notorious difficulty.

THE LEGEND OF ZELDA is one of the oldest series to use OW mechanics, although there is a debate about whether or not the games are truly OW. Nonetheless, the first installment in the franchise was one of the first games to use OW when it was released in 1986. Each part of the series was developed differently since then, but a few still maintain OW gameplay.

TWILIGHT PRINCESS is one of the installments that leans towards quest, allowing players to navigate the different provinces and delay the completion of the main storyline.

The player can explore the game’s locations, traveling through places like Faron Woods, Kakariko Village, and Hyrule Fields, among many others. Developers also implemented realistic horseback riding to further immerse the player into the environment. 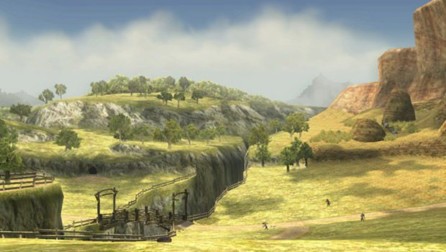 There are mini-games that players can try their hand in, further delaying the game’s completion; I know I wasted countless minutes trying to beat Falbi’s Flight by Fowl before moving on to my next quest. The mini-games are completely optional, and while they can help the player build precision skills, they mostly serve as a breath of fresh air from the gloomy storyline.

Some games also continue on after the main storyline is completed, letting the player take advantage of their ability to explore. GRAND THEFT AUTO V adopts this mechanic, as does SKYRIM. Both of these have an overarching storyline that the player can complete at their leisure.

Once players reach the end, they still have the opportunity to continue moving through the virtual world. Developers often include Easter eggs to keep players interested, often encouraging further exploration.

As I said earlier, OW games have existed for decades, but there has been an increase in recent years. Whether a game falls closer to craft or it falls closer to quest, the player is able to set their own goals within it. Developers either give direction (quest) or tools (craft), creating certain conditions for the player. The player, however, does not have to complete a specific path.

Video games in general can be beneficial to players, and OW games are no different. They offer something that is often lacking in linear games: choice. The prospect of choice is what makes this genre of gaming so popular, no matter where a game falls on the OW spectrum.

Players can create their own goals whether or not the game is more craft or quest. This is why OW gaming is also called “sandbox gaming;” you build and shape the way you want to play.

A player can build the entirety of Minas Tirith from Tolkien’s LORD OF THE RINGS in MINECRAFT. They can steal military tanks and beat people up in GTA V. They can just go around blowing things up in JUST CAUSE 2. I mean look at that title alone, you can do things just cause you want to.

No matter what a player chooses to do in an OW game, the point is that they can do it. The player’s experience becomes a form of self-expression. The freedom that OW offers is the freedom to make your own fun. It is the definition of “Choose Your Own Adventure.”

And who doesn’t want adventure?