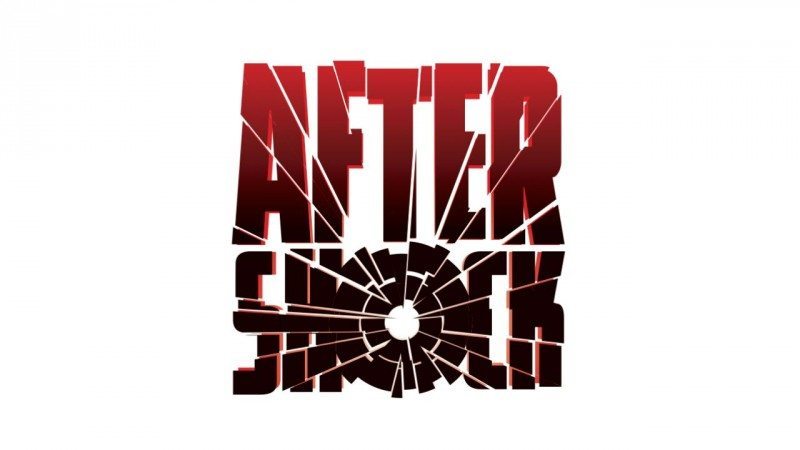 A little under a year ago, a new indie comic book publisher, AfterShock Comics, was announced. Flash forward twelve months and AfterShock Comics is putting out some of the most critically acclaimed titles in the industry. The company is being discussed on forums, social media, and comic book websites as the next great publisher of creator-owned comics.

After sitting down to read books like INSEXTS and AMERICAN MONSTERS, I can tell you that it’s not aimless gossip. AfterShock is a force to be reckoned with and showing no signs of stopping. To celebrate the release of the first issue of their latest series, ROUGH RIDERS by Adam Glass and Pat Olliffe, ComicsVerse has an exclusive interview with the editor-in-chief of AfterShock, Mike Marts, to discuss the one-year anniversary of AfterShock Comics, what he’s most proud of from the publisher so far, and much more! 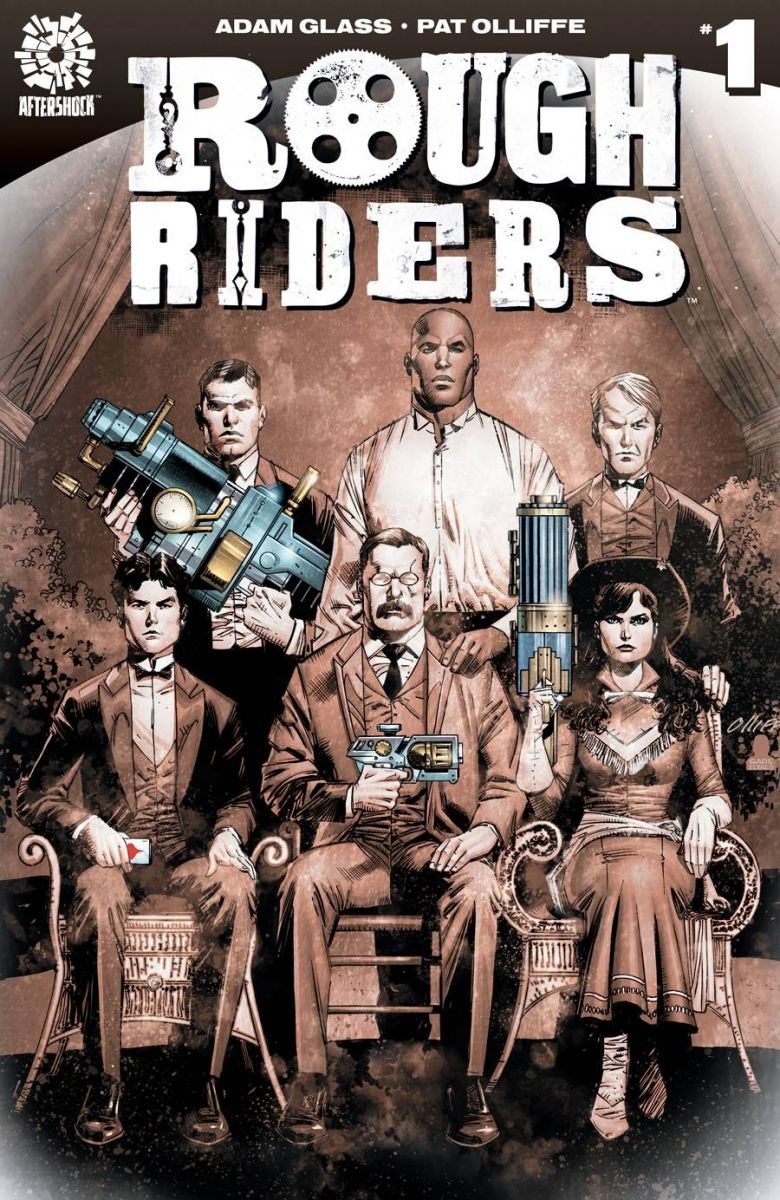 ComicsVerse: Next month is going to be the one-year anniversary of the announcement of AfterShock Comics. Can you say that the reaction to the company and the issues released so far have exceeded the expectations that you initially had?

CV: So, you have some big talent on your roster right now. You have creators like Jimmy Palmiotti, Marguerite Bennett, and Garth Ennis. How did you go about bringing them on board to pitch their ideas to AfterShock?

Mike: You know, it was a combination of different things. Some creators we actively targeted and recruited, we knew we wanted them to work with us. Others were people that myself or Joe Pruett had worked with and had great creative relationships with in the past. And then, there were a few others that came onboard either by seeking us out after they heard about our company or through word of mouth by their fellow creators. Every creator had a different story and approach to how they proceeded in working with AfterShock and I think that’s a testament to the different, diverse group that we have working for us.

LISTEN: Still bitter about this weekend’s season finale? Cheer up with our latest podcast on THE WALKING DEAD!

CV: Now, AfterShock isn’t defined by one set genre. You have books like DREAMING EAGLES, a war comic, and INSEXTS, which is a Victorian horror book. Do you have any rules or guidelines to creators pitching their books?

Mike: No, not necessarily; our main deciding factor all comes down to story. It’s got to be story first, it has to be captivating, motivating, compelling, something that we haven’t heard or seen before—and yet, a story that we need to see happen, that we want to see happen. So, it really comes down to story first and the different genres of different subject matter are a bit secondary. Fortunately, we are lucky to have very varied stories from varied genres, but when we’re choosing projects, we look for stories first. 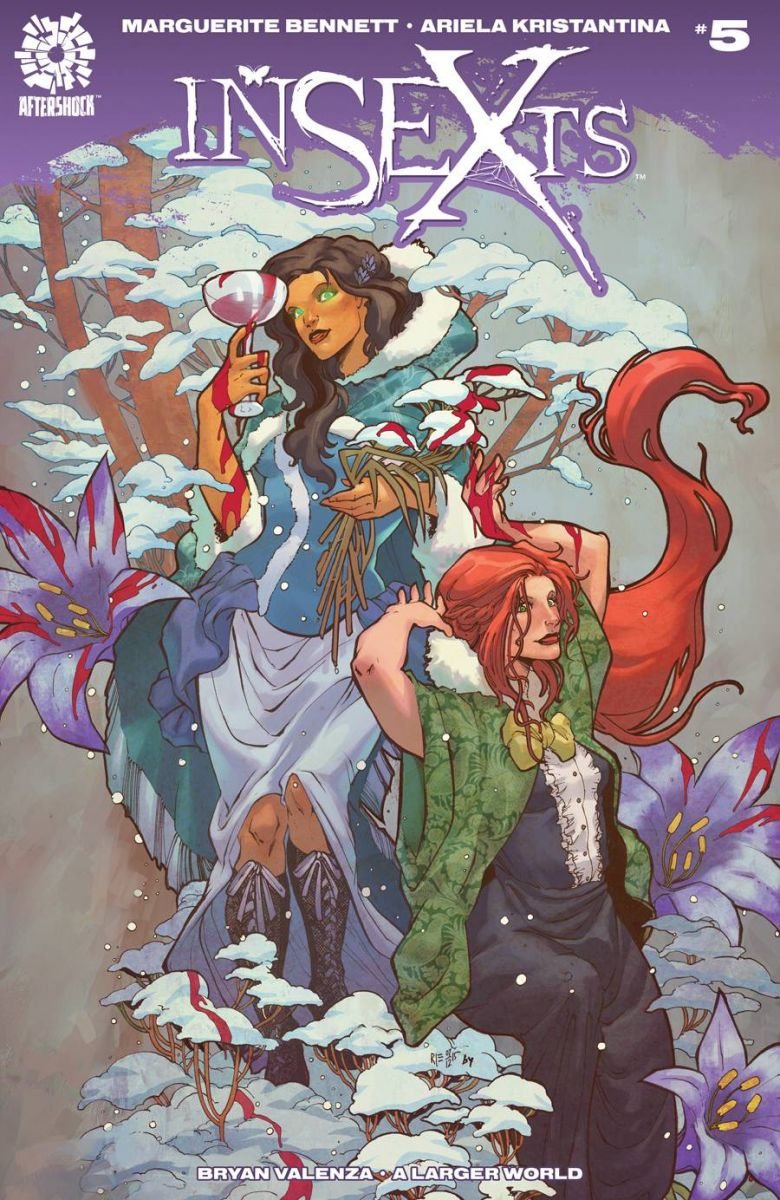 CV: With AfterShock, there’s been mostly mature comics released with the exception of SUPER ZERO. Do you go into a pitch looking specifically for mature books or all-ages books? How does that work?

Mike: It’s the same type of thing as I was saying before. We base it on the story first and if something’s going to fall under the mature readers’ category then so be it. If it’s something that is all-ages, that is where it will fall. So really, each project is a little different. Some mature titles come in and it’s mature because of what’s going to be portrayed graphically or others might be for the language. We don’t want to get into the way of the creator vision of the writer and the artist. We want them to be able to tell the story that they want to tell and that’s how we do things. We let the story and subject matter come first.

READ: Did someone say “mature comics”? Want more? Check out our intro to SEX CRIMINALS!

CV: Before AfterShock, you worked as an editor at both Marvel and DC. How was it going from an editor on licensed comics to the editor-in-chief at a company focused on creative-owned comics?

Mike: It’s different and the same at the same time. The actions, the day-to-day motions of an editor-in-chief, are really very similar to what I was doing as an editor at Marvel and DC: executive producing a project, coaching it from start to finish, everything from story editing to script editing to art direction to trafficking new materials to hitting deadlines and representing a project for marketing and publicity. A lot of those aspects are the same as to what I’ve done previously. Where the focus shifts is in how you approach the project. When I was working at both Marvel and DC, you’re working on characters that have existed for 50 to 60 to 75 years and you’re acting as a shepherd of these characters for a short time. So at those companies, it’s a little bit more about the characters while at AfterShock, we’re interested in the vision of the creator, their specific project. And there’s a bit more tender love and care that goes into that relationship because it’s the creator that comes first as opposed to the properties of the specific company.

CV:  There’s such a fierce competition to get comics picked up on the shelves every week. How do you get AfterShock out there and tell retailers they need to order these titles and customers need to purchase it?

Mike: We focus on making the AfterShock line small and concise enough that hopefully any reader could pick up the entire line if they felt like it. We’re not looking to overtake market share, and we’re not looking to have an immense title count. We’re looking to keep the line manageable so that if everyone wants to pick it up, they can. And that holds true for retailers as well so that if they can devote a small amount of shelf space, that’s enough to hold the entire AfterShock product line. We’re also establishing a brand which is synonymous with high quality, so after the first few months, after the first year of readers digesting AfterShock product, the intent is that they will see that logo is equated with high quality. And that’s how we’re getting our product out to people and telling them they need to pick our books up.

CV: Speaking of marketing to customers, AfterShock recently struck a deal with Comixology to get your comics available digitally. How would you say the digital market effects the industry? Are they more important than retailers right now or do the two markets go hand-in-hand?

Mike: I think they go hand-in-hand. The digital outlet has been around for enough time now that we’ve seen that digital sales have not destroyed your traditional brick and mortar stores. They coexist side-by-side and, if anything, it’s helped to grow the industry and our audience. It also brings on readers who aren’t as willing to seek out the local comic book store and go every Wednesday. They’d rather purchase their story content on a phone or tablet. So, I think the digital market has made the general populace more aware of what we’re trying to offer. The other good thing, I think, is the great unknown. We’re sitting on the tip of the iceberg; I think the digital market will continue to grow in ways that we can’t even imagine or understand just yet. That can only mean good things for the comic book industry in the future. 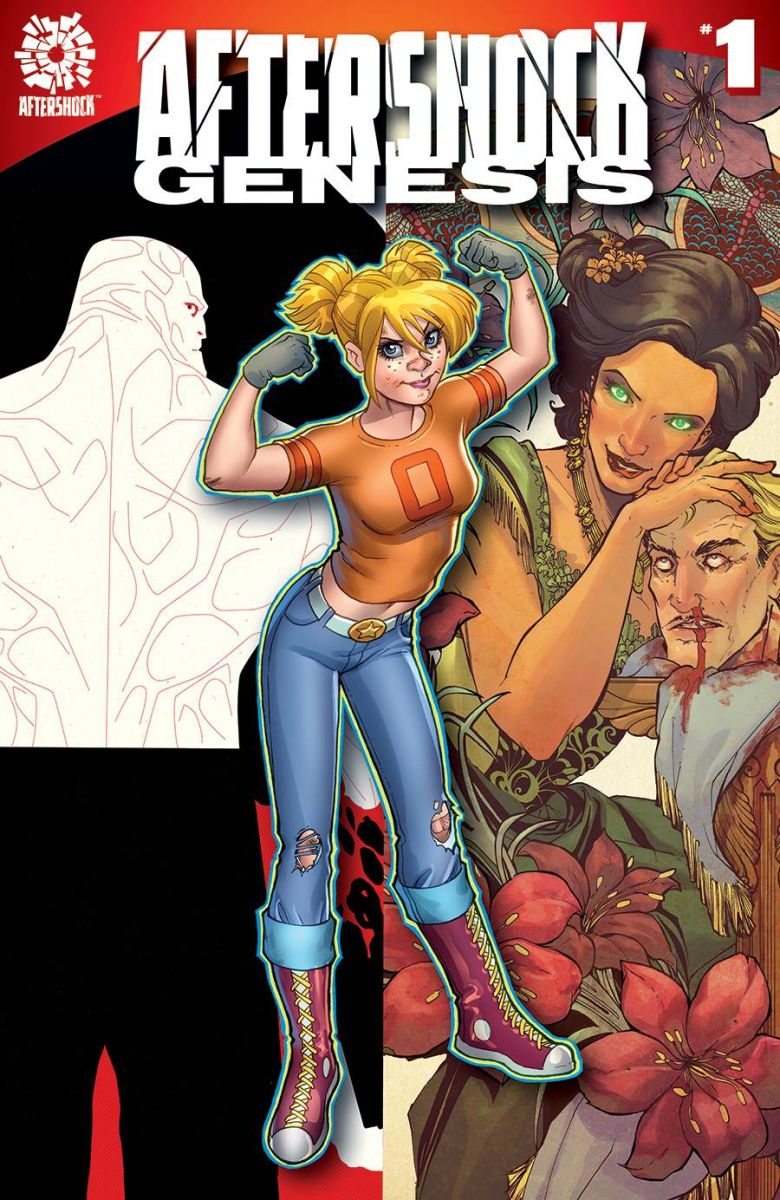 Mike: It’s a combination of a few different things. A lot of people were not able to get the inaugural issues of our Aftershock titles, and this is a way for them to catch up on a few of those properties and get acquainted with those stories and characters. It’s also an opportunity to get some exclusive content which won’t be available anywhere else. We’ll have one short story for BLACK-EYED KIDS which serves as an introduction to a special character playing a large part in the series in the months to come. There is also a story that serves for a primer for a new series that will be launching later this year. So, there’s a little bit of everything in this issue and we hope that with the low price, more people will seek AFTERSHOCK: GENESIS out and become more familiar with the AfterShock products.

READ: Want more on indie comics? Check out our preview of THE PRIDE!

CV: Speaking of price, a lot of new, relaunched series at companies like Marvel or DC have been going up in price with number one issues while AfterShock has series like ROUGH RIDERS debuting at a $1.99 price tag. What’s your perspective on the costs of buying a comic? Do you think that price is a huge factor in picking up a new story?

Mike: I think it can be an important factor and this is something we are experimenting with. We made the decision to offer not one #1 issues but three #1’s in April for half price: ROUGH RIDERS, BLACK-EYED KIDS, and JACKPOT. These comics will all be available at $1.99 in stores and digitally. It’s an experiment for us and an effort to try to bring more people in and try our products. We do feel that price may be an issue, and this is an experiment to see how much of an issue it is.

CV: You mention three more series that AfterShock is releasing in the upcoming months but what has been the work that you’ve published at AfterShock that you’re most proud of so far?

Mike: It’s probably two things, I mean, I look at a book like INSEXTS, and I’m sure that that’s a book that a lot of other publishers might have passed on for various reasons. Maybe there was fear to publish something like that, uncomfortably, or whatever. We saw this book and saw the potential for a great story and now seeing the work that Marguerite Bennett and Ariela Kristantina have done, it’s amazing. This is a body of work, this is the type of book that people stop at work to talk about at water coolers. It’s a special book and I applaud our company for taking a risk and publishing this book, which I’m certainly proud of. And then there’s also a book like SECOND SIGHT from David Hine and Alberto Ponticelli, which I think wouldn’t normally fit into the traditional publishing line of other comic companies, but we saw such potential in the story that it was something we had to do. 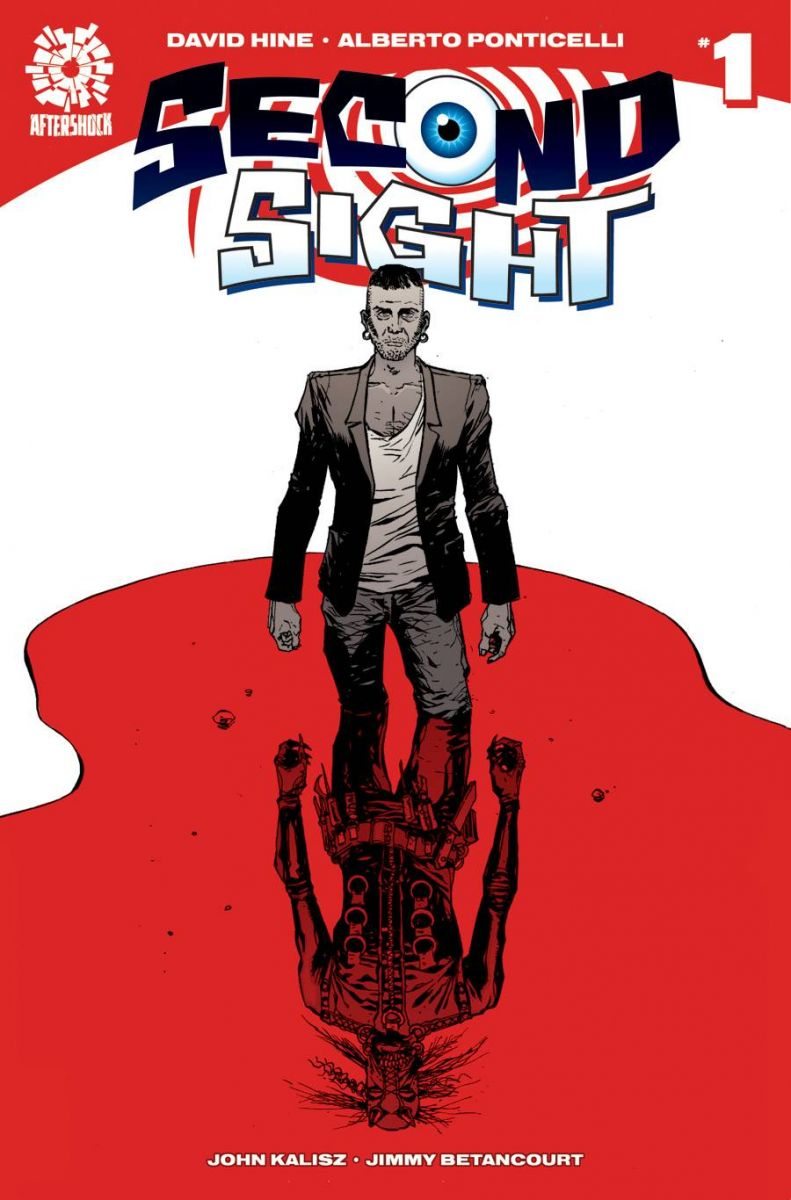 CV: For my final question, what to readers have to look forward to from AfterShock Comics going into Spring/Summer 2016?

Mike: They’ll be able to see more projects from some of their favorite creators. People like Mark Waid and Tom Peyer have teamed together for a book coming out during the summer time. Other popular creators, like John Layman, Tim Seeley, Sam Keith, Jim Starlin, Matthew Rosenberg, Frank Barbiere, Garry Brown and so many more who have signed on and become a part of the AfterShock family. Each of their projects are things that we are 100% excited about and can’t wait to get into the hands of the readers.

READ: You want more interviews from ComicsVerse? Check out this interview with Glen Weldon on his new book, THE CAPED CRUSADER!