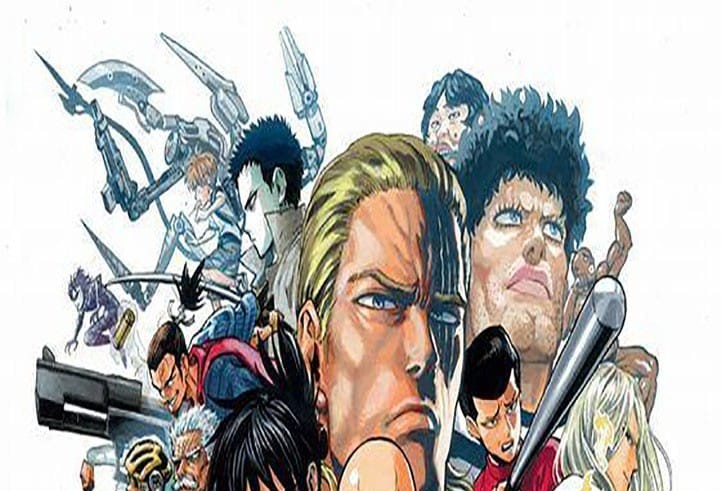 Within the past few months, a new web comic has been taking the anime/manga world by storm, and it’s called ONE PUNCH MAN. What is ONE PUNCH MAN? ONE PUNCH MAN was originally a web comic created by a man who goes by the name One. The comic hit the web back in 2009 and didn’t gain notoriety until 2012. It was around this time that One was going to stop producing the comic due to a lack of income. The web comic was just a hobby of his that he enjoyed doing. It was then that Yusuke Murata, a professional manga artist known for Eyeshield 21 and other various works of art shown in Shonen Jump, reached out to One and told him how much he loved the comic and that he would illustrate it for him. One agreed to this since it would be a huge help having a professional manga artist as well as someone whose work he’d been of fan of.

Something else you should know about the web comic is that One’s drawings can be seen as somewhat crude and not what you would see published in your average comic book/manga, hence one of the reasons Murata offered to draw for him. It was then that One and Murata signed a contract with Shonen Jump Weekly to produce the series in print. Murata redrew the series in his own art style while One writes the stories and still continues his web comic. It’s worth noting that aside from the Shonen Jump version illustrated by Murata, One still continues to illustrate and write the web comic version, which is much further ahead than the serialized version. One has two other web comic series that have been picked up for print serialization called “MOB PSYCHO 100” and “OLD MAN OF THE DEMON WORLD”. 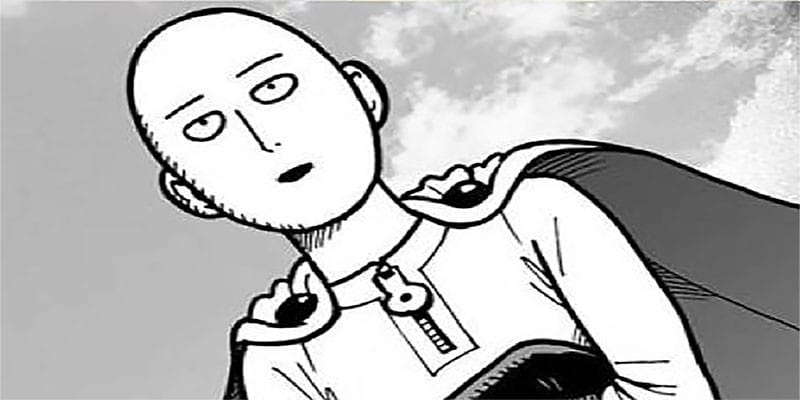 Continuing on with the question at hand (what is One Punch Man?): it’s a story about a guy who’s a hero for fun. His name is Saitama, and he is the one punch man. They call him this because he is so strong that he beats all of his enemies with one punch. The story revolves around our young hero trying to find a worthy opponent who can take more than one punch. The world that he lives in is infested with monsters who are constantly terrorizing and killing people. Another note on the world that he lives in: the cities are all named after a letter in the alphabet from A to Z. City A is the best and safest city out of all of them while City Z is the most dangerous one to live in. Saitama lives in City Z due to a lack of income. He’s also not the only hero out there; the world is chock full of them and they are all ranked. The lowest ranking is C-class, with the highest ranking being S-class. In order to become a hero, you must take the Superhero Registry Exam. The exam is split up into two sections. The first part is a test of physical fitness and the second part a written/multiple choice test. Depending on your grade, you will be placed into one of the four rankings. If you are C-class, then y­­­­ou must make a quota or be removed from the Superhero Registry. Once you surpass C-class, then you don’t have to worry about quotas. Your status will only change if other heroes are doing more work than you.

READ: If manga isn’t your style, then check out our character spotlight on Catwoman!

The manga is filled with tons of characters and often spoofs other popular manga such as Dragon Ball Z, Attack on Titan and many more. As I said earlier, our hero Saitama is in search of an opponent that can withstand one punch. Saitama is the kind of character who keeps to himself and never gets into trouble. It’s only when a monster is on the prowl that he takes swift action to put himself before others, in order to protect them. He may be the strongest character in the series but he’s not the smartest, which is why he started out in C-class. When he took the exam, he passed the physical test with flying colors. But when it came to the written exam, he flopped. Nevertheless, Saitama is the definition of selflessness: someone who’s willing to carry the burden of being hated by others all for the sake of protecting them. When people see him in action they question his strength. Not believing that there could possibly be someone that strong, they assume that he’s somehow a phony. People think that he comes in at the last minute of a battle to land the finishing blow on a monster after the real heroes have fought them. But this is not the case. Saitama is a true hero. 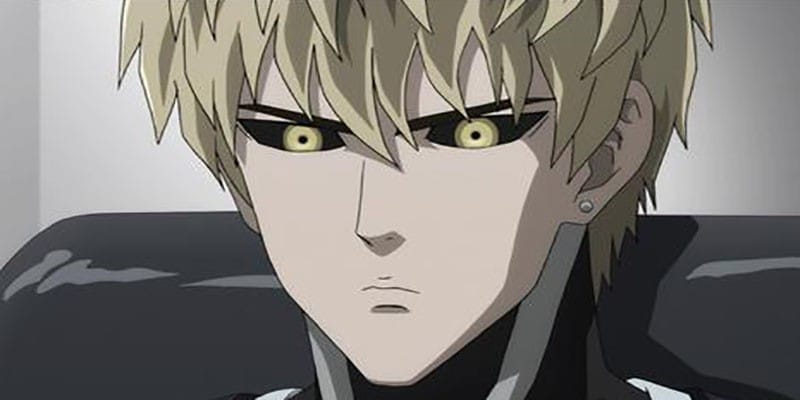 Another character that deserves recognition on here is the cyborg Genos. Genos is a 19-year-old cyborg who is on the hunt for another cyborg that killed his family and almost claimed his life. Luckily, Doctor Stench saved Genos’s life by turning him into a cyborg. Genos now travels the world searching for the cyborg that claimed his family’s lives and almost his own. It was just by accident that Genos had ran into Saitama. During a battle with a monster, when all hope had seemed lost for Genos, Saitama came to the rescue and defeated the monster with one punch. It was after Genos witnessed the awesome power of Saitama that he asked him if he could be his disciple. Saitama agreed to this and Genos has been at his side ever since, observing him, and trying to figure out where he gets his insurmountable strength. Genos believes that if he can learn the secret to Saitama’s power, he can become strong enough to defeat the cyborg. Genos may give off the appearance of a young adult, but he still has much to learn. He’s strong, smart, and even got a perfect score on the Hero Registry Exam, putting him in S-class.

LISTEN: Interested in the bat family? Then take a listen to our podcast on the origins of Red Hood!

One Punch Man continues to gain notoriety and has become even more popular with the recent debut of the 12 episode anime, which has fans wanting more. The series has already been picked up for a second season, which according to my sources should be coming out around the same time it did last year (between November and December). I believe that ONE PUNCH MAN is more than just a story about a guy who’s overpowered. There are characters without any powers in this story that are heroes as well. I think the story teaches us that anyone can be a hero. No matter how big or small, muscled or not, you can be a hero. Tell us your thoughts on ONE PUNCH MAN! Would you like to see more manga/anime discussed on Comicsverse? Let us know in the comments below.