At first glance, ONE-PUNCH MAN seems like a ridiculous send up of high-octane shonen manga. What if a shonen hero grew so powerful that he could defeat any foe in a single punch?

It opens with the arrival of a terrifying monster—a pointy-eared mass of muscle and antennae reminiscent of Demon King Piccolo from the shonen gold standard, Dragon Ball. In typical supervillain fashion, he destroys a city in a single energy blast before noticing a caped hero standing in his way. In any other manga, an epic battle would ensue. 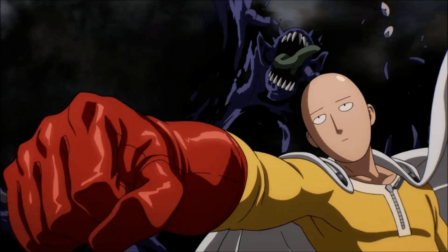 Instead, the caped hero throws a single punch that blows the monster to smithereens. Now alone amidst the city wreckage and gory chunks of villain, the hero laments his own power. “Finished in one punch again! Daaamn it!!!” This is Saitama, a self-proclaimed hero for fun.

Naturally, this premise lends itself well to parody—and ONE-PUNCH MAN has that in spades, riffing on every shonen trope from overwrought backstories to lengthy monologues, ever-increasing power levels, and not-even-my-final-forms. In one particularly cutting scene, a character explains his long, sordid backstory in several huge, tightly spaced paragraphs. The text is almost too small to read, and Saitama looks incredibly bored.

But ONE-PUNCH MAN is more than one-punch jokes. Unlike most brawny, charismatic shonen stars with spiky hair, bulging muscles, and goofy smiles (think Goku, Naruto, and Luffy), Saitama is bald, slight, and usually expressionless. He doesn’t have a band of like-minded warrior friends to accompany him on his quest—he lives alone in a tiny apartment. There’s no grand dream to be the greatest—he already is. Unfortunately for Saitama, he’s come to realize that being the strongest man alive is an empty existence. And maybe more importantly, becoming a hero can’t fix the hole he has in the first place. 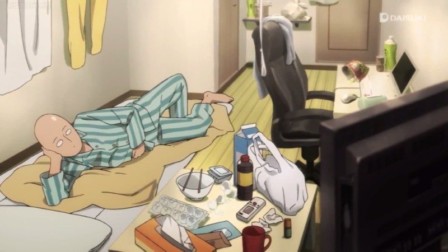 ONE-PUNCH MAN expresses depression and loneliness through beautiful, understated visuals. One recurring motif is a small, lone potted cactus Saitama dutifully waters whenever he’s home. The cactus appears repeatedly, even as a full page panel between chapters. In a sense, the cactus serves as a metaphor for Saitama: a solitary plant covering its soft insides with a layer of prickly thorns. Like a cactus, Saitama too is walled off, his powers serving as a defensive wall to guard his emotions. 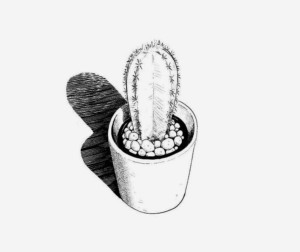 Another recurring motif is the image of Saitama, alone, carrying a grocery bag with a leek sticking out. These images often appear as the last panel in a chapter and always make Saitama look very small in the desolate cityscape. These images suggest that while other heroes might spend their nights drinking or partying or having interesting lives, Saitama’s nights are spent boiling vegetables for himself. 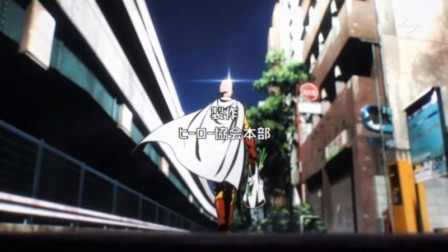 And yet, amazingly, ONE-PUNCH MAN fits all this depth in a series that isn’t depressing at all. The majority of scenes are filled with jokes, visual gags, and incredible choreographed fights. Outside the occasional throwaway line and single panel imagery, it might be possible to overlook Saitama’s character depth. But at the same time, the levity serves to make Saitama’s emotional plight that much more real—because often times, depression exists as an undercurrent in people’s lives. As tends to be the case in real life, it takes a discerning effort and understanding to see the cactus beneath the thorns.

READ: Interested in comics dealing with depression? Look no further.

As the series unfolds, Saitama pursues avenues that he hopes will help him find some meaning in life. He dreams of fighting a villain who can beat him, but they’re always too weak. He tries for fame and popularity as an officially ranked hero, but is left in the shadow of weaker heroes with more outgoing personalities. Even when Saitama gains recognition, or becomes closer to other people, he never seems much happier.

That’s the beauty of ONE-PUNCH MAN. In a series where all of the external violence is over the top, Saitama’s real struggle is a quiet, internal one.