ONCE UPON A DEADPOOL, Fox’s PG-13 re-release of DEADPOOL 2, is now in theaters. For a limited time, you can go see a filtered version of the film with some additional scenes and jokes, which works for younger fans of the anti-hero. Even so, is ONCE UPON A DEADPOOL worth seeing? Let’s explore what’s new with the DEADPOOL 2 re-release and we’ll give our answer.

ONCE UPON A DEADPOOL: A Prism Of Childlike Innocence

According to titular actor Ryan Reynolds himself, Fox has apparently been wanting to do a PG-13 re-release of a DEADPOOL film ever since the first DEADPOOL and all its success. From a financial standpoint, this makes total sense. The DEADPOOL films have an R rating, by nature of the desire to have an accurate character portrayal. The Merc with a Mouth ain’t for kids. However, a PG-13 rating greatly expands your demographic pool, giving you greater numbers in theater seats. This equals more moolah for the studio. 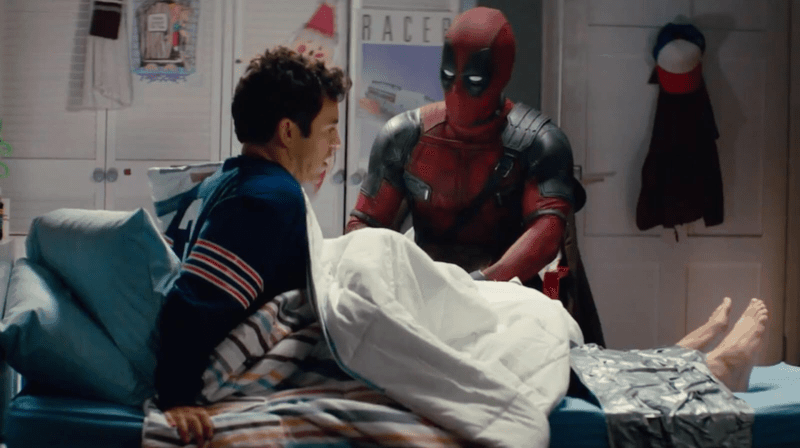 ONCE UPON A DEADPOOL is a filtered and edited version of DEADPOOL 2, without the plethora of profanity and graphic shots. Because this takes out and shortens quite a few scenes, there are new shots with Deadpool and actor Fred Savage. The new scenes serve as a framing device where Wade Wilson narrates the PG-13 version to a kidnapped Savage. He’s keeping Savage in a replica bedroom set from the PRINCESS BRIDE. When Savage was a child, he played the boy who was read the story of the PRINCESS BRIDE by his grandfather.

It’s a very humorous dynamic, as Savage is duct-taped to the bed, hearing the story against his will. According to Wade, the re-release has been filtered through the prism of childlike innocence, and no one conveys childlike innocence more than Savage. When Savage starts to cuss Pool out, Wade himself holds the bleeper to block his profanity. He claims the only F-bomb will be Fred Savage.

One of the great benefits of having Savage listen to Deadpool’s story is his critique. He often interjects during the film to ask Deadpool things like the film’s fridging of Vanessa, the lazy writing jokes to mask actual lazy writing, or putting a spotlight on how Cable receives next to no exposition. It’s great as the film is being its’ typical meta self, adding the criticisms the film receives into the re-release, making it a part of the movie.

Savage and Wade’s back and forth is great. They’re essentially there for those who saw the original release, keeping a commentary on the already familiar scenes. Basically, even though it’s a repeat viewing, the Savage/Deadpool dialogue creates a new fresh ground. They even reference the fact that Disney is buying 20th Century Fox.

There Are Extra Scenes

There are also a few extra scenes that have been added to the story itself, which are very funny. Most notably, we see some extra suicide attempts by Wade after Vanessa dies, which were not in the original cut of the film. 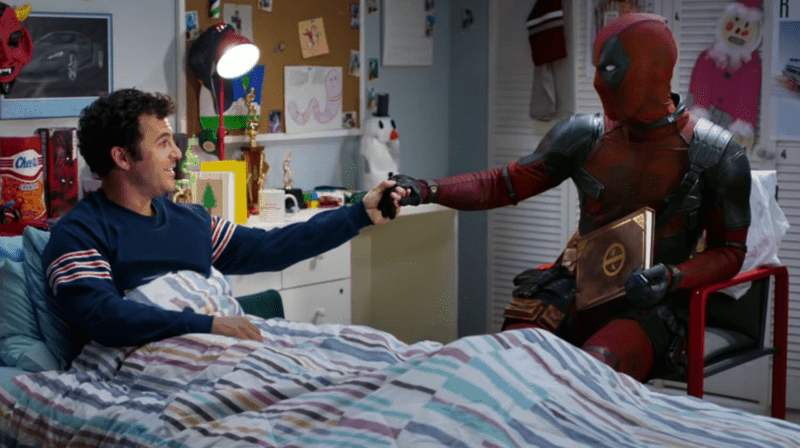 It should also be mentioned that the trailers featuring Savage and Reynolds are not scenes in the actual film. So, if you’re worried that you’ve already seen all of the new stuff in the trailers, don’t be. The scenes in the film are all new.

A Memorial to Stan Lee

I would also recommend staying until the very end. There is a really touching memorial to Stan Lee, showing takes from his cameo for the DEADPOOL 2 teaser shown before LOGAN. There’s also some really cool recordings and interviews about him talking about his work in comics and his love for what he did. 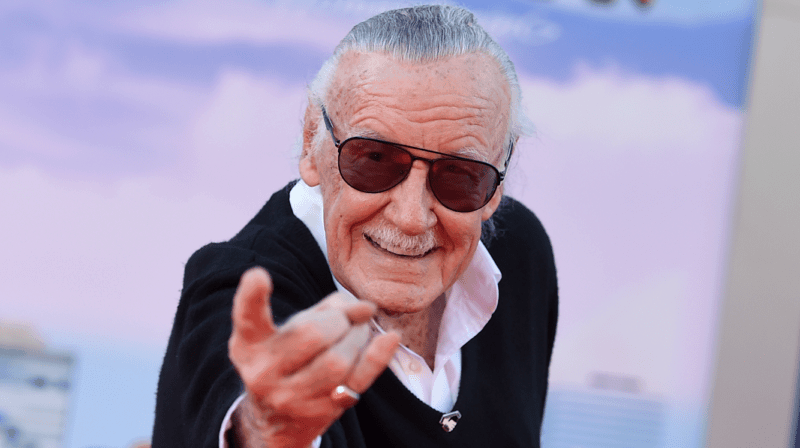 While it is somewhat humorous that the first memorial was in a DEADPOOL movie, it was very heartwarming nonetheless. Stan the Man had a cameo in the first DEADPOOL as the DJ at a strip club. In DEADPOOL 2, his face gets featured on a giant mural when X-Force is parachuting down.

If the extra scenes, jokes, and more accessible rating weren’t enough, proceeds from the screenings will be going to Reynolds’ charity of choice, F*** Cancer. Due to the special nature of the re-release, it is now Fudge Cancer. Reynolds has done Deadpool related work with this organization before, putting a pink Deadpool suit up for auction with the proceeds going to them. 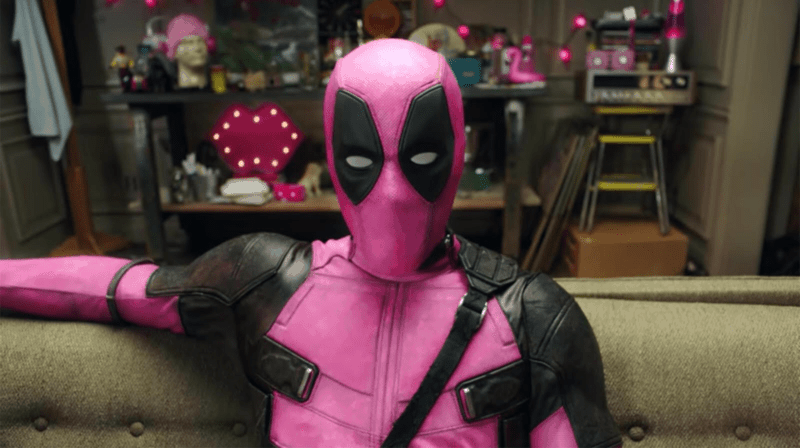 1 dollar of every ticket will be going to Fudge Cancer, which is pretty awesome. It was the main condition from Reynolds for Fox before signing on to do the re-release. Fudge Cancer is a really cool organization that provides education about prevention, detection, and support for those dealing with cancer. Their goal is to end late-stage cancer diagnoses. Kudos to Fox for agreeing to Reynolds’ awesome condition.

ONCE UPON A DEADPOOL: Worth Seeing If…

The final ruling? ONCE UPON A DEADPOOL is worth seeing, depending on when you last saw the original cut of DEADPOOL 2. Sharing from my experience of seeing it, I saw it as worthwhile. I hadn’t seen DEADPOOL 2 since the first week of its’ release last May. The film wasn’t as fresh in my mind, and the Savage critique of the film made it even better. 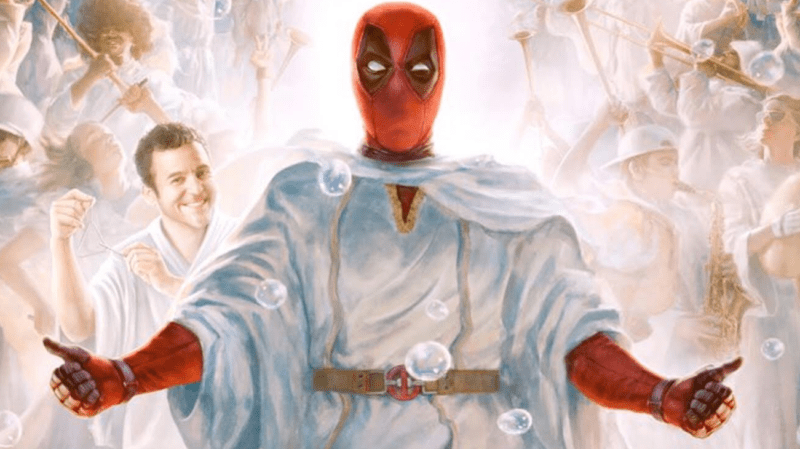 Even so, If I were to imagine having a more recent viewing, say at home on Blu-Ray, I don’t think I’d be as into it. If you’ve seen DEADPOOL 2 recently, and you’re not super into the films, to begin with, and just want some lols, maybe try something else. It’s not like the movie is a whole new film. However, hardcore Deadpool fans probably would still enjoy it for the additional scenes. The charity is pretty cool, and the Stan Lee memorial is nice as well.

For die-hard Deadpool/Marvel fan, go see it. If you like nostalgia and want to see Fred Savage, go see it too. There’s a decent amount of PRINCESS BRIDE references beyond just the bedroom and Savage himself. If you fit in both categories, then this seems like it’s your kind of film.

ONCE UPON A DEADPOOL is in theaters until Christmas Eve.