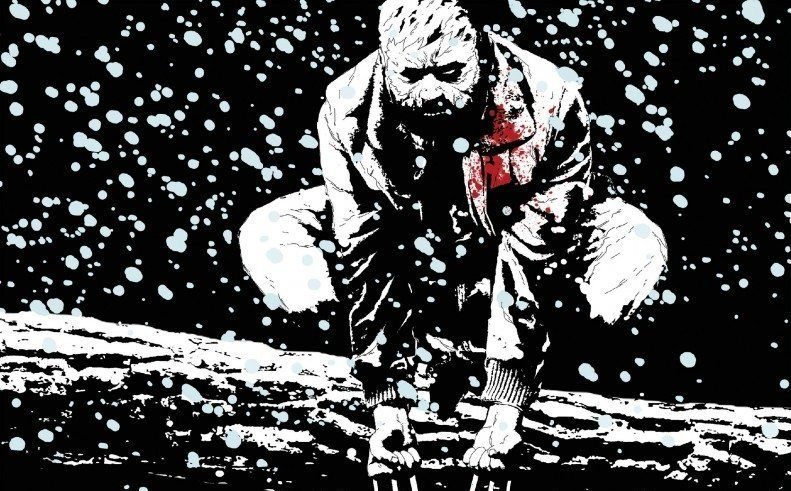 The latest issue of OLD MAN LOGAN by Jeff Lemire and Andrea Sorrentino slows down the pace to an unfortunately boring crawl in order to lay threads for a new story arc for Logan. The art is still on point, and Logan is still a great character, but a few too many interior monologues without enough action make for an issue that’s a little too slow.

Now apparently a member of the X-Men, Logan begins the issue by taking a leave of absence from a team we haven’t even seen him be a part of yet. From there, the issue spends a lot of time inside Logan’s head as he rides North to take a job at a…gravel company? It’s an odd turn, and the issue only starts to tie everything together in the last few pages, when yet another twist is somewhat randomly presented. 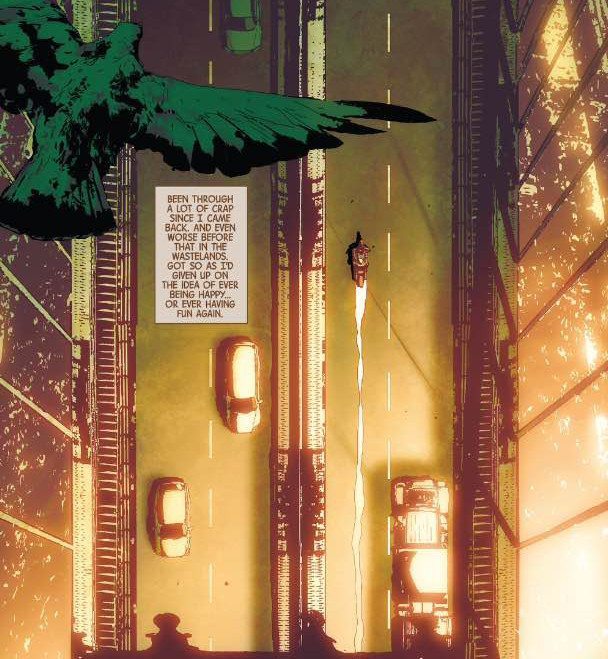 Jeff Lemire’s attempt to get readers in Logan’s headspace fails at carrying the issue. The thoughts are over-expository and feel like a general recap rather than reflection, with almost no new information presented until the end of the story. This causes the issue to meander around instead of moving forward. There are some interesting points toward the end of the issue I wont spoil here, and there are definitely exciting new directions the series could go, but the journey is a bore. Within the last few pages, we see a new ally, new foes, and some awesome seeds for a new story. Sadly, keeping these hidden the entire issue leaves readers who hit the final page wishing it would’ve come sooner.

LISTEN: Need another X-Men fix? Check out our podcast on X-MEN: AGE OF APOCALYPSE!

Old Logan is an interesting character in the modern Marvel universe. His journey to atone for his past sins and protect his future is an interesting one, but the revelations from last issue feel completely washed over. For a man who just became a member of the X-Men, we see little of what that means to him or if he even does anything for the team. Storm and her fellow compatriots seem to be in a tight spot at the beginning of the issue, and Logan’s first action is to head north to “take care of something alone.” In typical Wolverine fashion, he somewhat abandons his friends for his own personal reasons, something that doesn’t seem to have any consequences. 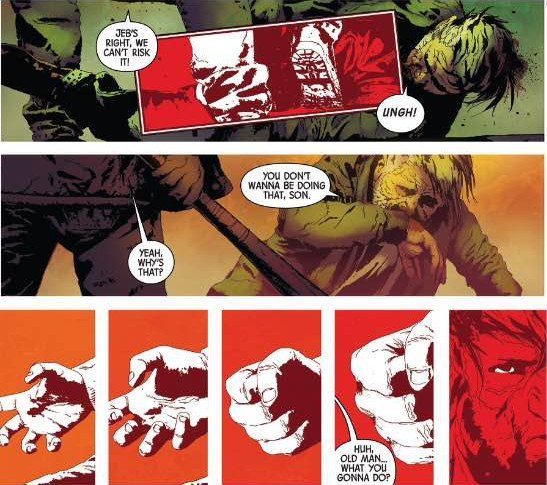 Andrea Sorrentino continues to do what he does best in this issue. Logan is drawn superbly well, as is the first set piece of the latest X-Haven. However, with such a slow issue, he doesn’t quite get a chance to show off his skills in drawing action sequences. Regardless, the issue still look great. Sorrentino is possibly the best fit to draw Logan, and if the series becomes a hit and is still remembered years down the line, I believe there is a solid chance he could be remembered as one of the best artists to work on the character.

OLD MAN LOGAN is a great series and Lemire and Sorrentino have proved that they know how to tell a good Wolverine story. However, this latest issue highlights a lot of problems the book had in the beginning and treads along at a slow pace, spending too much time recapping and not enough time moving forward.