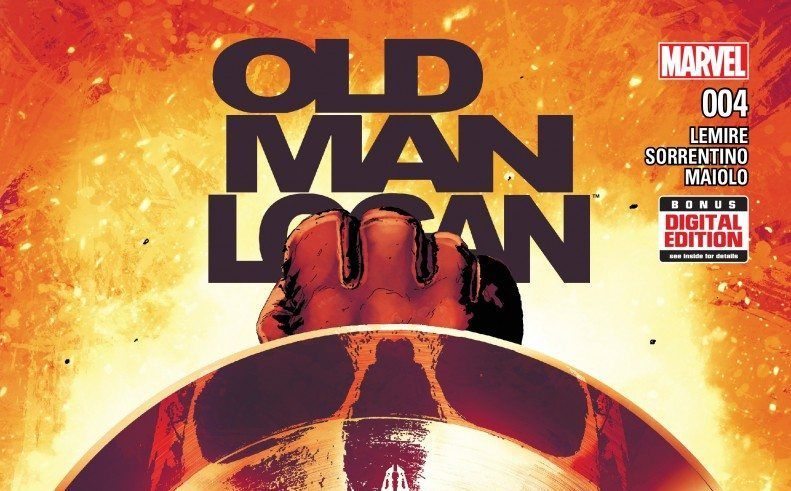 The latest issue of Jeff Lemire and Andrea Sorrentino’s OLD MAN LOGAN is the best one yet. With some heartbreaking moments and a new direction for the series, it’s exactly the kind of Wolverine the universe needed and the book that fans deserve.

The fourth issue finds Logan facing off against an old friend. When Steve Rogers attempts to help him, Logan goes berserk and tries to kill him, claiming he’s Mysterio. After Steve and Kate Bishop finally calm him down, they show him the sad truth of their world: Wolverine is dead. From this point on, Logan drifts, homeless and almost lifeless, not knowing what to do. It isn’t until the book’s final pages that we realize where Logan belongs, and how heart-warming it is to know that such an old character still has a family. 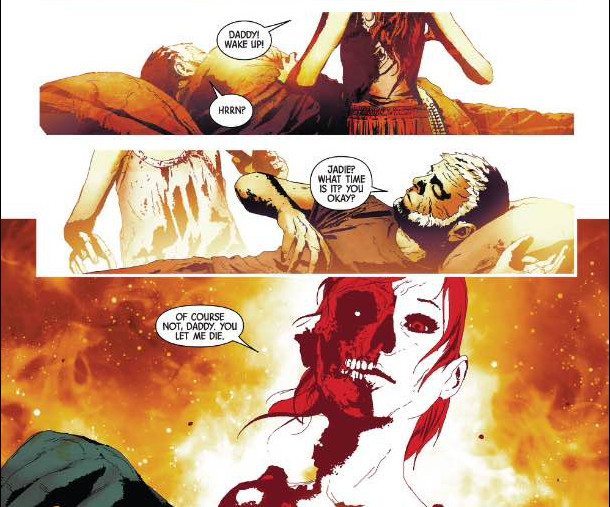 READ: Miss the last issue of OLD MAN LOGAN? Check out our review!

In this issue, Lemire steps outside the bounds of “Old Man Logan” and finds Wolverine’s place in the new Marvel Universe. After tip-toeing around the original series, this one finally finds its place. Logan, alone and depressed in a foreign world, is as captivating as the character has ever been. Seeing him in a vulnerable place and feeling sad for him is something new for both the character and the readers. In the end, though, it is a reminder of why the X-Men work so well. It’s all about belonging to a family.

READ: Love the X-Men? Check out our podcast about THE NEW MUTANTS!

Sorrentino also does his best work yet. Steve Rogers has never looked more threatening, and drawing Wolverine in a vulnerable way is a feat he easily conquers. Beyond that, though, the action sequences are taken to a new level. Over two full splash pages, Sorrentino spreads a mosaic of action and dialogue that looks better than anything he’s ever done. To say he’s outdone himself would be an understatement. 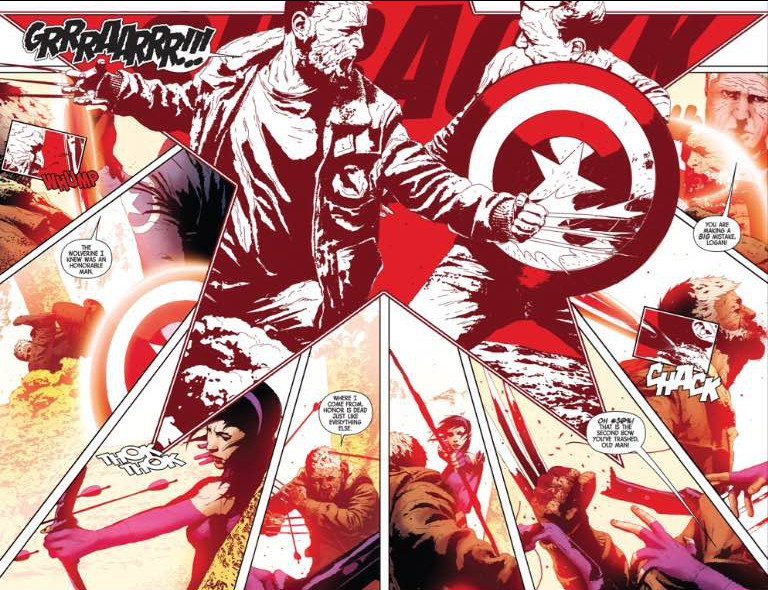 OLD MAN LOGAN proves that a sequel can be just as good as the original. By deviating from the original plan and taking Logan into a new direction, it’s no longer a waiting game toward Logan’s inevitable time-travel displacement. It’s a new direction for the character altogether, spinning him along a path to glory in a new universe. Fans will be happy to see that, while not his young and spry self anymore, Wolverine is still in great hands.