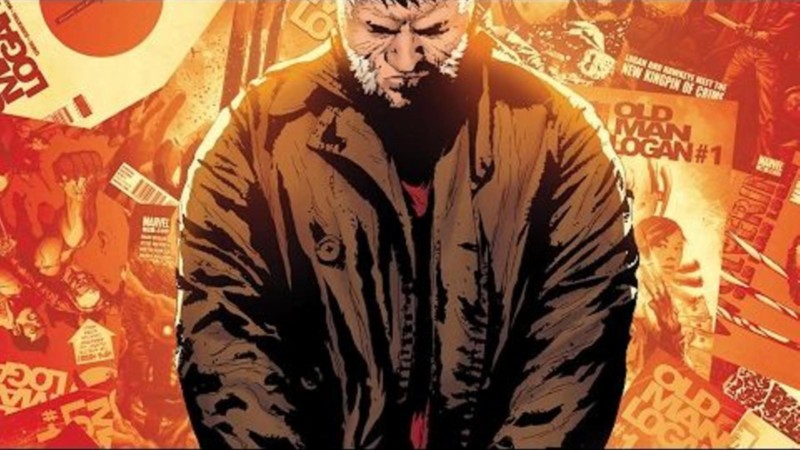 After a phenomenal twenty-four issue run, writer Jeff Lemire finishes his stint on the aged Wolverine with OLD MAN LOGAN #24. This issue is also the final in “Past Lives,” a story arc that has been an emotional roller coaster for Logan. OLD MAN LOGAN #24 has perhaps some of the most heart-wrenching scenes dealing with The Wastelands and Logan’s family. If you’ve been a fan of this series thus far, you’re going to enjoy Lemire’s ending. Even better, if you were a fan of Millar’s “Old Man Logan” arc, you’re going to be reaching for the tissues.

OLD MAN LOGAN #24 begins with Logan living through what used to be a normal morning. He wakes up next to Maureen, who asks why he was so off the previous night. Logan brushes it off and embraces the present. The internal monologue that Lemire constructs in this issue is critical, as it lets us fully understand what is going through Logan’s head. He knows he should look for the fault in his current predicament, but he’s just too happy. He tells himself he needs to enjoy the hand fate has now dealt him. And he does.

But of course, the catch soon arises. As Logan and Scotty are working on the combine, Scotty points out that Logan is acting too gleeful. Logan isn’t sure why this observation is coming from his son but soon realizes that it’s collection day. The Hulks come around and threaten Logan and his family. This is a key moment where Logan’s internal monologue drives the story, as Logan hypes himself up to kill the Hulks. But he cannot. As we’ve learned in previous issues of “Past Lives,” Logan can only control so many things as he travels through time; he’s not able to alter pivotal events. It’s a crushing moment, as Logan realizes he will have to watch his family die all over again.

The story does end on a less gloomy note, but without getting into spoilers, just know it’s a real tearjerker in the good kind of way. Eventually, Logan does make it back to our present time, and his plea to Iceman in the previous issue comes to its realization.

Overall, OLD MAN LOGAN #24 is a solid sendoff. Jeff Lemire sets up the series for incoming writer Ed Brisson while also ending his run as Logan comes to an incredible realization: “The past will always be with me, but my life is here. My life is now.” OLD MAN LOGAN has not only been such a success because of the action and intriguing storyline, but also because of what it’s implied. So many of us live in the past. We focus on events that we can no longer change. This has been a theme Lemire has touched upon, but it is in OLD MAN LOGAN #24 that he capitalizes on it.

While I loved the story, I found the artwork from Eric Nguyen and Andres Mossa to be a bit choppy at times. This is particularly true with the proportions of characters. Logan is drawn a bit awkwardly, and some of the more intimate scenes in the house seem too cartoony. OLD MAN LOGAN was drawn heavily by Andres Sorrentino throughout the series, so I do admit seeing this choppy artwork just throws off my expectations. I will say that Nguyen does a good job in his landscape scenes. For example, the ending of this book where Logan looks out over a batch of water is quite pretty. The shading, in particular, is a nice touch, and this makes the close-up shots of the characters more manageable.

Another criticism I had deals with a small element of Lemire’s plot. In the previous issue, Logan is cast into a past moment where he finds his fellow X-Men. He tells Bobby the address Asmodeus has stashed Logan’s body. It just felt like a too convenient way to help Logan. And, when thinking of time travel, it doesn’t exactly add up. In fact, it makes one’s head spin a bit too much, but that’s the issue with stories dealing with time travel.

I just think Lemire could have displayed a more interesting way to rescue Logan or even a more personal one. Also, it’s confusing because the Iceman he talks to in the past is technically not the Iceman in our present. In this storyline the timelines are different. Though I do admit this is a Marvel comic book. Looking too much into Logan’s decision to tell Bobby a future address is simply not worth it.

READ: Old Man Logan isn’t the only other Wolverine running around. Here’s our analysis on X-23!

Despite the choppy artwork and questionable method of time travel, OLD MAN LOGAN #24 is stellar. I’m so sad to see Lemire go but I’m excited for everything he’s set up. Lemire has really allowed this version of Logan to claim the Marvel Universe as his home. Dealing with time-displaced characters seems like tricky business, but the handling of Logan in his own series has been done nearly flawlessly. This twenty-four issue run is going to be one of those stories recommended in comic shops for years to come.