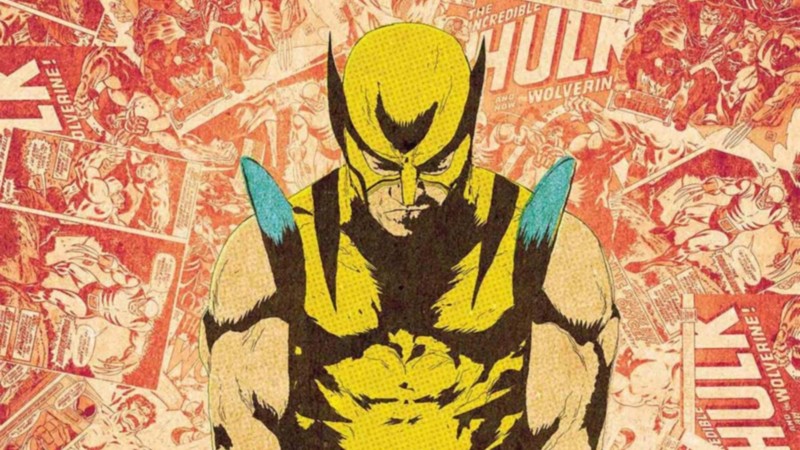 OLD MAN LOGAN #21 is the start of Jeff Lemire’s final story arc in this series. It’s sad to see him go, but it’s clear that Logan will truly be a new man once “Past Lives” is complete. This arc brings on new artists Eric Nguyen for pencils and Andres Mossa for colors. These three create a solid issue and at times remind me of how great this series has been as a whole. This issue explores how much Logan can mentally withstand, a trope that never seems to get old with the character of Wolverine.

A large portion of OLD MAN LOGAN #21 takes place in the War of 1812. However, there are other pitstops, including Weapon X. Both of these time periods take place in Canada. This seems pretty coincidental, as Logan’s initial attempt was to return home, which he technically does. He is very confused as to why he is not in the Wastelands and tries to fight through his foggy memory. He is eventually captured by British troops, and he has the faintest idea that he needs to remain calm. He knows he’s lived through this scenario before, but he can’t remember what occurs.

Eventually, Logan notices one of Asmodeus’s amulets, and it becomes apparent that he needs it to escape his current predicament. He obtains it with relative ease, and the amulet transports him to Weapon X: the exact time in which Logan underwent his intensive experiments. Logan once again notices the amulet and fights through the sedatives, grabbing the amulet once again to escape. He wakes up in his yellow and blue costume, only to be face-to-face with the Hulk, a nod to Wolverine’s first appearance in Marvel Comics.

The general plot of OLD MAN LOGAN #21 is relatively simple: go from one point in the past to the next. But what makes this issue so strong is Logan’s attitude: he misses the normal Marvel timeline. He even begins to refer to it as home. He regrets his decision to try and return to the Wastelands to rescue the Hulk’s baby, and this remorse shows how much Logan has grown since SECRET WARS. I think this is showing Marvel’s investment in the character. Though, we all know the normal Wolverine is bound to make his return, so I’m curious how Old Man Logan will be affected by this.

LISTEN: We discuss many of the metaphors of the X-Men in this podcast!

My only real criticism of OLD MAN LOGAN #21 deals with what I like about it: Logan’s remorse. It’s excellent that Logan becomes sentimental and admits how brash he was being, but it happens too quickly. I feel as though Lemire could have made this happen after a more traumatic event. Lemire also could have allowed the Weapon X portion to be a bit longer, though he admittedly does a great job capturing how much hatred and pain Logan associates with the place.

The artwork of Eric Nguyen is very similar to Filipe Andrade’s from last issue, though it is appreciatively smoother and more coherent. The action scenes are all easy to follow, and the facial expressions of each character (particularly the general’s in the War of 1812) are very telling of the emotions being felt. I also really enjoyed when Logan is transported from one time period to the next. Andres Mossa’s colors here are quite entrancing, particularly with his shades of blue. They add a real extra-dimensional element to the story that makes the imagery pop.

OLD MAN LOGAN #21 is a great first issue for the “Past Lives” story arc. While I felt it didn’t stay in certain scenes for as long as it should have, it’s possible this was all a setup issue. After all, the comic ends on such an exciting note. I’m curious to see if the Wolverine we all know and love shows up somehow or if the involvement with Hulk has an impact on Old Man Logan. Regardless of what happens, it’s clear Jeff Lemire has been building to this moment, and the final three issues in his run of OLD MAN LOGAN seem like they’re going to be a doozy.