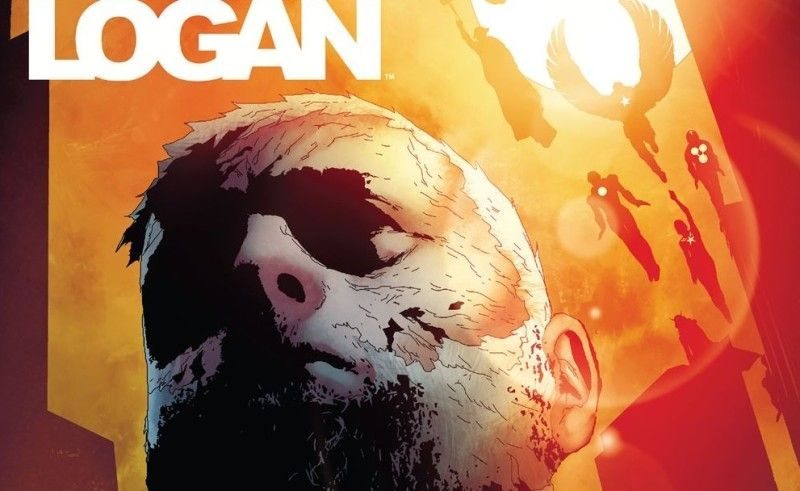 The issue that takes Old Man Logan into the regular Marvel Universe!

From the apocalyptic desert that was once his home domain through a world ruled by Apocalypse and a place beyond the SHIELD where he battled countless hordes of Venoms and zombies, Old Man Logan has quite a journey behind him. Now, he finally ends up back in NYC. A 616-esque NYC. Or Ultimate NYC? A bit of both? However, while Logan still constantly questions his sanity and whether what he experiences is real at all, it’s time for a very special reunion with what might be the best superhero family there is: after psychically screaming for help and being noticed by Emma and Jean, Logan finally meets his X-Men teammates once again – the very people he once murdered in his reality… and the end of this issue will build a bridge for Logan from the finale of SECRET WARS to his own solo series in the All-New, All-Different Marvel Universe!

When it comes to the art, Sorrentino set a high standard with his work on the previous issues already, but he’s outdone himself this time. The way he visually captures Logan’s emotions is truly breathtaking, and some of the pages in this issue, I actually want to frame and hang on my bedroom wall. This is, without exaggeration, a masterpiece. The only thing I find kind of irritating is that Battleworld’s New York feels kind of… empty, not really populated. 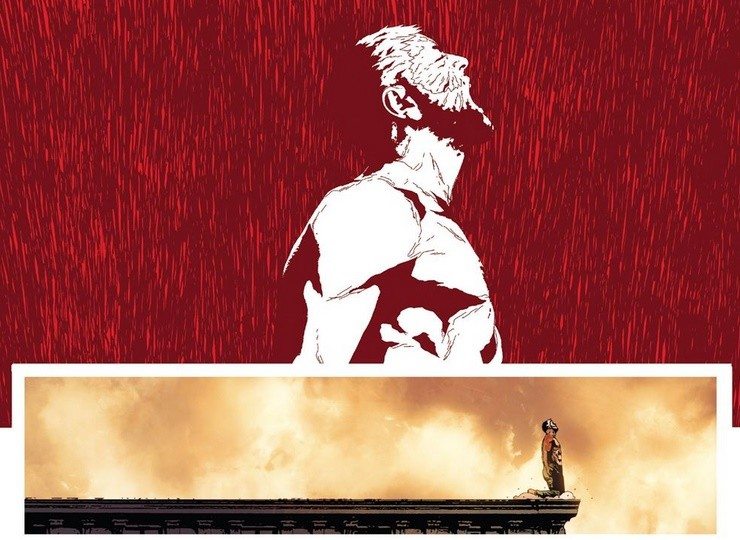 In comparison to the previous issues, OLD MAN LOGAN #5 has one big advantage: it actually feels like the main protagonist is a different person by the end of the issue. My biggest point of criticism about the last three issues was that Logan did attend a journey through Battleworld, but without going through an emotional journey. This is not the case here. On page one, he’s a confused man, questioning his own sanity and regretting ever having left his home. He doesn’t believe his own eyes, and he so badly wants a second chance to make things right, but he doesn’t believe he will ever get one. On the last page, he’s strengthened by the experience of being introduced to his son (well, kind of…), being able to expose his feelings, talking to Emma, an old friend of his, and – after all that – leading the fight against Dr. Doom.

So, once Logan wakes up in the New Marvel Universe’s New York, he realizes that he will indeed get a second chance to set things right. This issue does not only do a great job at developing Logan, but also at setting him up for his adventures in ANAD (“All-New, All-Different”) Marvel.

As for his reunion with the other X-Men, I’m not going to say it’s not well executed. It’s just not as much of a tear-jerker as one might have expected. Logan is overwhelmed by both his feelings and the things he experienced in the past few days or weeks, so he doesn’t even know what is real and what isn’t any longer. The X-Men, on the other hand, have a hard time figuring out the semantics of time-travel and reality hopping and are confused by the fact that this Logan happens to be from the future, yet their own Logan died just a few days ago. This is why it makes sense to have the situation be more confusing than soothing, more uncomfortable than heart-warming. In fact, I think the characters’ reactions are extremely believable, and so this scene was arguably my favorite from the entire book.

Still, I do think there could have been more interaction between him and All-New Jean Grey, especially because their relationship will be extremely important in the upcoming EXTRAORDINARY X-MEN. This encounter should be very special to Logan; Jean is one of his big loves, after all. 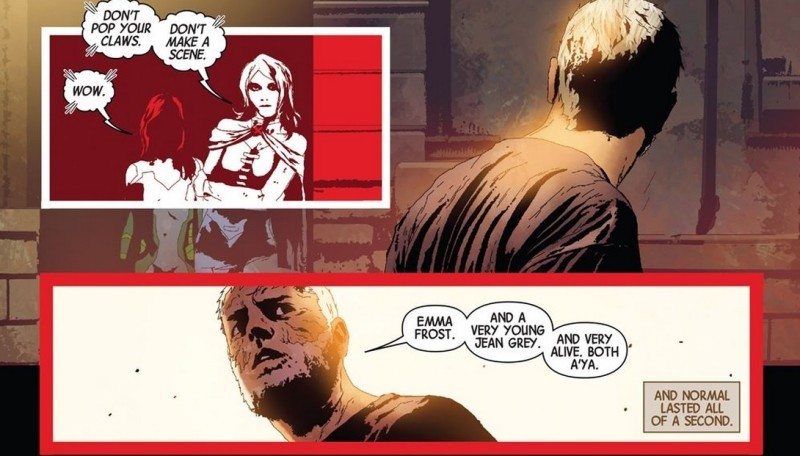 Also, Emma Frost as a reoccurring character was a really important motif in this book. On his journey through the patchwork planet’s different domains, which finally brought him back to his family and friends, he encountered three different versions of the White Queen, each of them symbolizing something different: the first stands for his atmosphere of departure, to leave behind a world of death and despair so as to find out what’s behind the big wall and the Ultron head. The Age of Apocalypse Emma Frost symbolizes his confusion about what he encounters during his journey through Battleworld, but the 616 Emma Frost is the one to finally give him the strength to go on and realize that not only is he the one who has to lead the charge against Doom, but he may also eventually get a second chance in a new world. I think that in many ways, the different Emmas were essential for the characters development – and an interesting and symbolic reoccurring motif.

All, in all, OLD MAN LOGAN (2015) #5 is an artistically wonderful, well-executed finale to a book that had serious problems in its middle. It does so much to its main character, and it also does a wonderful job at building a bridge between the original Mark Millar story, SECRET WARS, and the new OLD MAN LOGAN ongoing title – in short: OLD MAN LOGAN #5 is a must-buy.