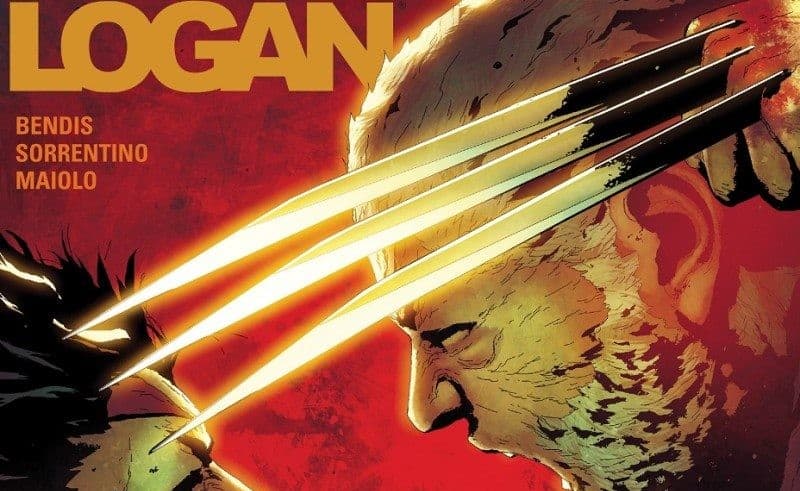 In the first issue of the sequel to the modern classic Millar comic, we saw Old Man Logan in his own realm. Does Bendis manage to cross him over with the other parts of Battleworld?

In the first issue of the series that serves both as a sequel to the famous Millar arc and as a tie-in into “Secret Wars”, we were brought back into the world the original story took place in. As the cliffhanger implied, we’re going to see Old Man Logan cross the borders and see different areas of the patchwork planet in #2.  This issue puts him in a very special context, though.  Bendis throws the man who has slaughtered all his friends into a world where these people are all still alive; but they’re living in a nightmare scenario where one of the X-Men’s biggest foes is a powerful despot. That’s right, this issue crosses “Old Man Logan” over with “Age of Apocalypse”.

Does Bendis manage to pay respect to both worlds from fan-favorite stories? And does he still manage to add another satisfying chapter to OLD MAN LOGAN, even though the books takes place in a totally different scenario?

In the beginning of the book, we see Logan climbing over the wall separating his realm and the AoA realm. He meets a version of Storm as a Thor, guarding the borders, but manages to make it to the other side of the wall. What he discovers there are not only old foes, but also old friends he thought he had killed… 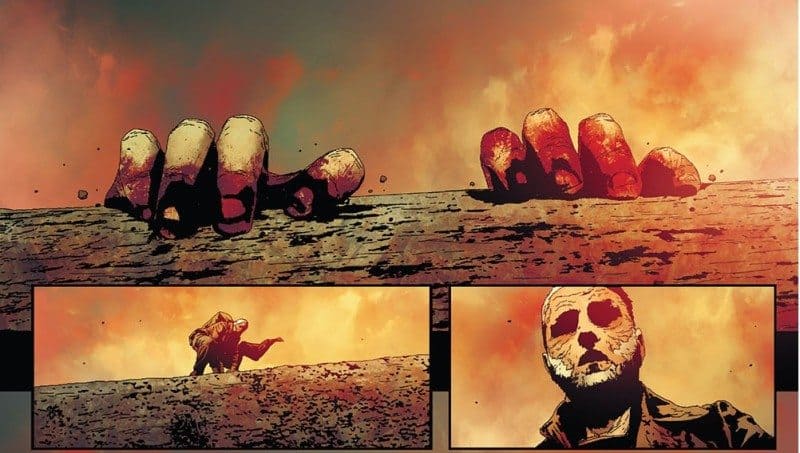 Bendis manages to take a totally ludicrous scenario – the idea of a man crossing into another realm and encountering those he had killed or seen die – and use it perfectly to develop the main character.  He confronts Logan with the demons of his past while also giving him a fight he so desperately needs.  It feels like a logical continuation of the character arc.

The art is just as good as it was in #1. We don’t get to see as many gorgeous landscapes as we did in the last issue, but we’re in a different realm now, and Sorrentino manages to show us the differences between the two worlds. The color art by Maiolo is another really enjoyable thing about this issue, with a contrast between the yellow / gray landscapes of Old Man Logan’s world and the jungle-like or war-zone reds in Age of Apocalypse.

Something this issue lacks is dialogue with many characters from AoA, apart from Emma Frost. What situation do they have to live in? How is it possible for Logan to meet his dead friends again? Why do they act differently? None of these questions are answered for our main protagonist. As a result, once you’ve read the book, it kind of feels like not that much happened, after all. Hopefully, Logan’s relationship to most of the other characters (especially Kurt Darkholme) will be explored in the next issue. If the book falls short on that point, Bendis definitely will miss a great opportunity for more character development. The biggest mistake the creators could do is make the next few issues all about Logan fighting different versions of himself or Apocalypse with little dialogue. Bendis has to keep focusing on his main protagonist and ways he can develop him and actually take him into the right direction instead of wasting his pages on action.

Generally speaking, the book falls kind of short when it comes to presenting the “AoA” characters, but, then again, these characters will have their own book, and it’s hard to give everyone enough screen time in just 22 pages when you actually want to focus on your main protagonist (which Bendis does). But many things in this realm seem to differ from the original “AoA” world, anyway, for example the fact that Sabretooth is one of the Horsemen of Apocalypse. This could annoy fans of the original storyline, and risks continuity problems with Secret Wars #2.  In that issue, Hickman established that all the Horseman had previously been rulers of their own realms, conquered by Apocalypse – the idea of Sabretooth ruling a realm seems rather odd.  Unfortunately, this is only one of many awkward continuity issues; Apocalypse’s costume is another, and Emma Frost had lost her powers in the original “AoA” reality – she’d been lobotomised.

All in all, though, I have to admit I’m pretty impressed. Bendis takes a book that could very well have limited his artistic freedom and felt like a heartless cash-grab with nothing to do with the original story; and he manages to make it feel like a great sequel and a logical next-step. This is a great book that, if it keeps being as top-notch as it has been so far, I will totally need it in my collection! The story has lots and lots of potential. I just hope Bendis lives up to that potential in the future and doesn’t waste the limited time he has.