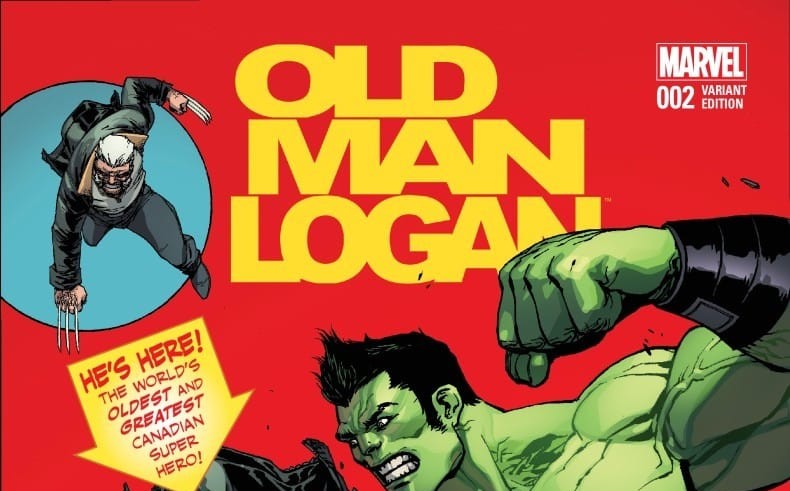 OLD MAN LOGAN #2 by Jeff Lemire and Andrea Sorrentino is out now, and it’s a genuine step in the right direction for the series. It moves forward while incorporating the past, brings in some beloved characters, and looks great. However, the little things hold it back from being a perfect book.

The second issue finds Logan resuming his mission to take down the bad guys of his future, which leads him to The Hulk. Or rather, it leads him to a Hulk. At the same time, readers are treated to a glimpse of how cruel the Hulk gang will be in the future and more of why Logan wants to stop them. 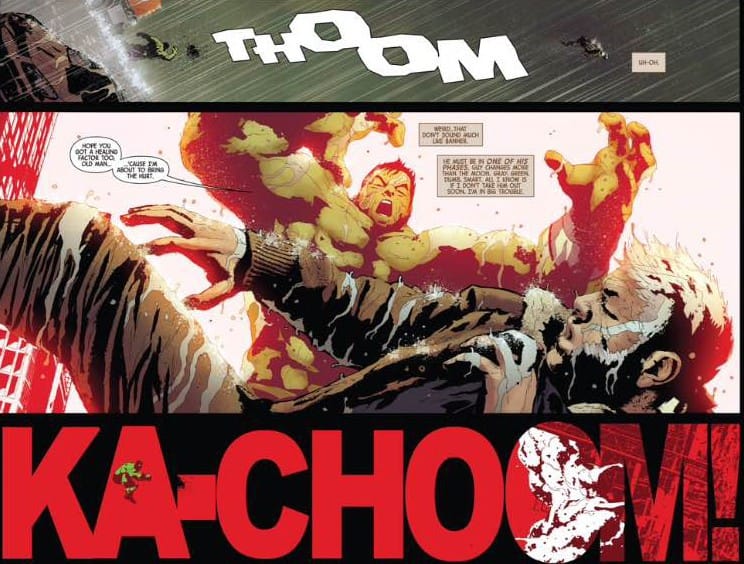 READ: Want more X-Men? Check out our podcast on Storm!

Lemire really knows how to give backstory. The flashback is great, bringing in the cruelty of the Hulks without being too outlandish. Logan’s family is always on his mind, which is another nice touch. The coolest thing, though, is the small glimpse we see about the fall of Bruce Banner, something I would read an entire series about.

To be spoiler-free, the last few pages bring back not only the greatest dog in comics but also one of the most clever storytelling techniques in modern comic writing. If this is any indication to the direction of the story, Logan’s new partners in crime will be a real treat for readers.

What holds the story back in this issue though is its unsuccessful dramatic irony. The readers know Logan is not attacking Bruce Banner but Amadeus Cho. While this is a useful narrative tool, it stretches out way too long. We know how it will end and by the time it does, we’re grateful the story can move forward again. 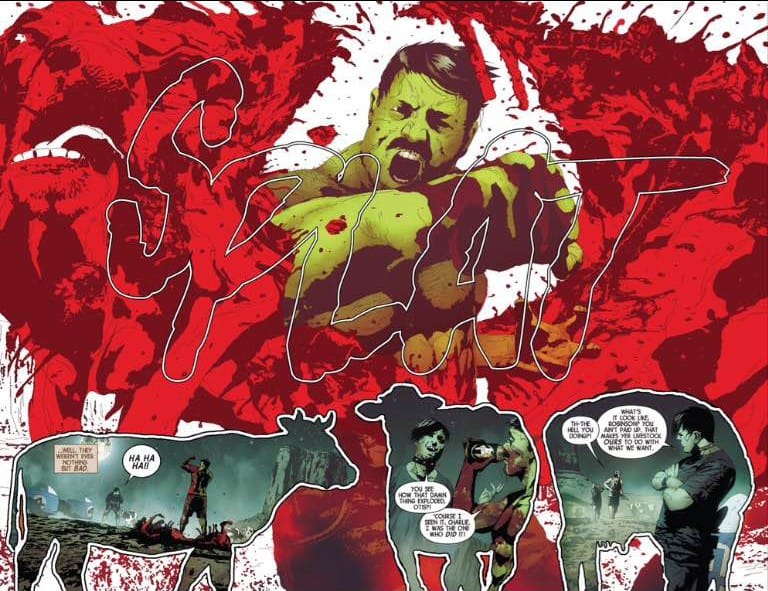 The fight, and the entire issue, are drawn to almost perfection by Sorrentino. His colors and noir-style complement Logan’s new world greatly. However, the one thing that made his art in the last issue perfect was what made this one falter. He brought back his dreaded “panels within panels” technique. Over a wide panel, he tends to “zoom in” on certain parts of the action that ultimately make it feel cluttered. Most of the time we can’t even tell what’s going on inside of them.

OLD MAN LOGAN is close to greatness. While it is an impossible task to live up to the original run, this one is hitting the necessary beats to keep readers entertained. The small things could lead it to true greatness. For now, though, I’m more than happy to keep riding this train with Lemire and Sorrentino at the helm.