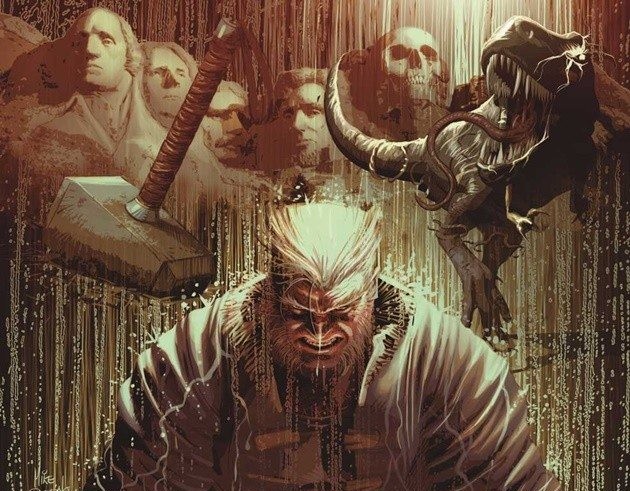 OLD MAN LOGAN is back, and he’s got a bone to pick. The all-star team of Jeff Lemire and Andrea Sorrentino (GREEN ARROW) team up once again to bring Logan on a fresh yet somewhat familiar adventure.

READ: Miss out on the last OLD MAN LOGAN series? Check out our review here!

Time travel is a funny thing at Marvel, and this book’s got plenty of it. Logan lands smack dab in the middle of Times Square in 2015, a few years before the villains take over the world in his timeline. This sends Logan on a wild hunt to track down those responsible, not only for the end of the world but for the death of his family.

Lemire throws his too-often cheesy tendencies away for this one and settles into giving Logan a great voice as the grizzled old man he is. Exposition becomes awkward at times in Lemire’s superhero books, like a character exclaiming “If I use A along with B, maybe I can stop the bad guy!” out loud. This book has none of that, and Logan and the few new characters feel great. The flashback scene with his son feels like a mix of STAR WARS and an old Clint Eastwood film. 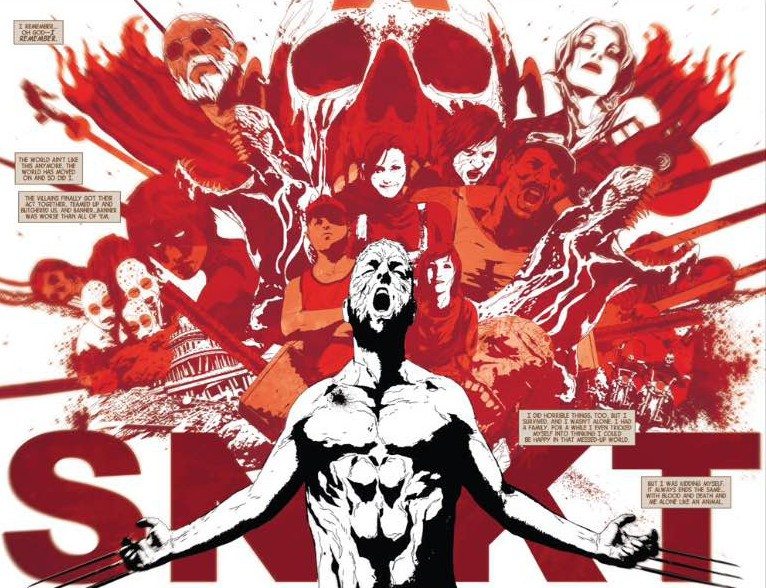 However, while the story is a joy to read, it seems to tread old waters a bit. Logan is back in a city without knowledge of how he got there, and he’s about to fight the same villains as the original story, albeit to stop that story from happening. The time travel premise is a bit tiring at this point, and it feels a little odd that Logan has the chance of undoing what is, arguably, his best story.

Sorrentino’s art style fits perfectly in this book. His work in GREEN ARROW got confusing at times, with too many panels and confusing colors. In OLD MAN LOGAN, not only does it work well, it works dirty. Logan is a dirty character, and he deserves a gritty looking book. Color Artist, Marcelo Maiolo, knocks each panel out of the park.

Alexander Jones over at The Comics Beat had a similar opinion. The art in the book is fantastic and as he said, having a monthly dose of Sorrentino is going to be a real treat. However, he finds the story refreshing in that it moves Logan forward, unlike his last run during SECRET WARS. This, unfortunately, is the part that doesn’t sit well with me. I dislike the thought of Wolverine stopping the events of the original OLD MAN LOGAN before they even happen. Time will tell, though, as the book goes on, and we get to see how it plays out. Either way, this is the kind of debate between Wolverine fans that should be happening as it’s spawned out good writing.

The story was fun to read, especially for fans of the original OLD MAN LOGAN run. However, it doesn’t quite feel like anything revolutionary yet. It has a chance to fall into the rut of simply giving backstory to an old tale rather than telling a new one. Lemire and Sorrentino have the style to produce an engrossing book, but time will tell whether or not the story stands out among the rest.