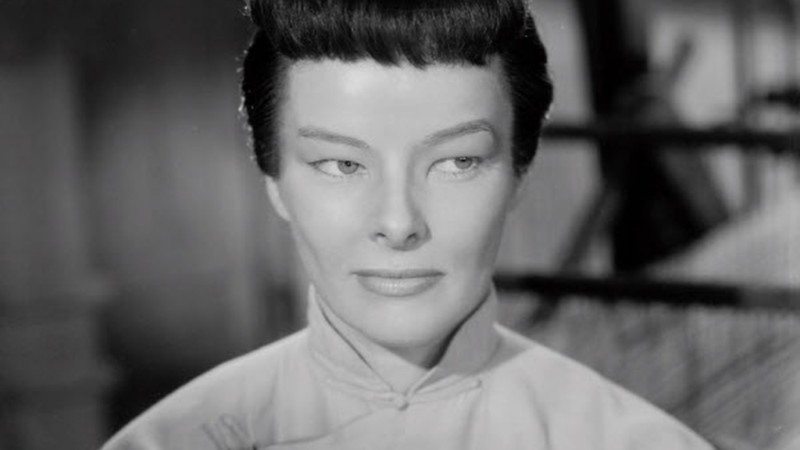 Storytelling is incredibly important: it is the best way we can begin to understand other cultures without needing to form relationships with their members. The products of storytelling (books, shows, plays, movies) are also how the future will understand who we were and what we went through. And if the stories are offensive, stereotypical, and inaccurate, people may start to believe them.

Unfortunately, many of the few Asian-American roles since Hollywood’s conception emphasized stereotypes and perpetuated an inaccurate, derogatory portrayal of Asian-Americans. Apparently, they have laughable accents, the men aren’t appealing, the women are sex objects, the kids are glasses-wearing math geniuses, and they’re all soft-spoken and passive. If none of these, they’re definitely a kung-fu master.

We are so much more than that. We’re hardworking, passionate, and unique, and we deserve a media that represents us accurately and inclusively.

CLICK HERE to read about lazy attempts at media diversity!

It’s going to take a lot more than launching Twitter storms, coming up with clever hashtags, and saying we need more diversity, unfortunately. In order for us to better normalize, celebrate, and preserve Asian-American stories, we’ll have to tear down the obstacles standing in the way.

First-generation Asian-American parents tend to encourage or even force their children to pursue high-paying jobs, stressing job security and higher education (not all, of course). Many, after all, immigrated to the US so their children would have better opportunities and live more affluent lives, and Hollywood doesn’t quite fit into that equation.

“You are capable of great things because of the group to which you belong; (but) you, individually, are not good enough; so you need to control yourself, resist temptation, and prove yourself.”

Fueled by Chua’s prescriptions, many Asian parents have a limited definition of success: get high grades, obtain a degree at a top college, and pursue a career in STEM, law, finance, or medicine. That’s the surest way to “prove yourself.” Careers in entertainment lack definite educational paths and financial stability, so they’re sometimes viewed as risky and wasteful.

This is one of the reasons why Asians are underrepresented in all aspects of film and TV production, including writing, directing, producing, and acting. Over half of movies and TV shows have no Asian characters, and only 1.4% of sampled 2014 films had an Asian lead, when 5.6% of the US population is of Asian descent. The Writers Guild of America reported that Asians only made up 2.9% of television staffs in 2014 (up from 1.1% in the 2001-2002 season). There are disproportionately few Asian-American roles on the screen because there are disproportionately few Asian-American writers writing them.

Some Asian parents also feel that there is less discrimination in fields like medicine, engineering, and technology, making them more appealing. These areas require higher levels of education and more objective performances than, say, jobs in acting or writing. Hollywood’s history of whitewashing and hiring few Asian actors suggests bias, deterring Asian-Americans from joining the industry, and reinforcing the absence of Asian-American actors — creating a cycle that requires more people than John Cho and Lucy Liu to break.

2. And if they do go into entertainment, it’s hard to land a role

The decisions to cast Scarlett Johansson as the Japanese Motoko Kusanagi in the GHOST IN THE SHELL movie adaptation and Emma Stone as a girl who is a quarter Chinese in ALOHA have brought attention to the shameless whitewashing of Asian characters. The examples don’t end. Mindy Park in The Martian novel turned into Mackenzie Davis in the film; the Tibetan monk in the DOCTOR STRANGE comics morphed into Tilda Swinton’s mystic on screen; the Asian protagonists in the AVATAR animated series became white characters in the movie.

Screenwriter Max Landis explained GHOST IN THE SHELL’s choice by saying that “there are no A-list female Asian celebrities right now on an international level.”

Director Ridley Scott posed a financial argument in defending the whitewashing of Middle Eastern roles in his movie EXODUS: GODS AND KINGS: “I can’t mount a film of this budget, where I have to rely on tax rebates in Spain, and say that my lead actor is Mohammad so-and-so from such-and-such. I’m just not going to get it financed. So the question doesn’t even come up.”

CLICK HERE to see our choices for the best flicks of 2016!

But how can minority actors gain the recognition and celebrity status they need if they are so frequently passed over?

And the argument that minority actors aren’t “bankable” has already been debunked. UCLA’s 2015 Hollywood Diversity Report found that films with relatively more diverse casts did better at the box office and received higher returns on investment.

Many movies led by white A-list Hollywood actors have flunked, but that of course doesn’t mean white roles have to be handed over to non-whites.

It’s important to keep in mind the audiences as well. In 2013, minorities made up half of “frequent moviegoers” in the US and Canada. Chances are, they would be interested in spending their ten dollars on films led by relatable minority actors.

3. And if they do land a role, it might not be much more than comic stereotypes and accents

To be sure, accurate portrayals of Asians in TV and film have come a long a way since Mickey Rooney’s performance as the irascible I.Y. Yunioshi, an offensive caricature of Japanese men, in BREAKFAST AT TIFFANY’S.

CHECK OUT this discussion by ComicsVerse staff members on Asian representation!

But Hollywood continues to exploit Asian stereotypes for jokes. In a 2012 episode of NEW GIRL, Nick meets an old, non-speaking Asian man whom he names “Tran.” All “Tran” does is nod when Nick talks to him, never saying a word or asserting his identity. At one point he bathes Nick in a pool, carrying out the stereotype of a wise, taciturn, and mystical Asian man. That doesn’t sound too bad, but it’s an unrealistic, alienating depiction created for the audience to laugh at and not with.

Same with PITCH PERFECT. The movie has two stereotypical female Asian characters: a cold, taciturn roommate who is rude to Beca but friendly to her Asian clique, and a shy, eccentric a cappella member with a voice no one can hear. They’re only there for us to laugh at, and we never get to know them.

At the 2016 Oscars, host Chris Rock blasted the lack of diversity in Hollywood. Then he made this joke, which rightfully received much backlash:

“The results of tonight’s Academy Awards have been tabulated by the accounting firm of PricewaterhouseCoopers. They sent us their most dedicated, accurate and hard-working representatives. So I want you to please welcome Ming Zhu, Bao Ling and David Moscowitz.”

Rock gestured at three Asian kids onto the stage and said,

“Now if anybody’s upset about that joke, just tweet about it on your phone that was also made by these kids.”

Elaine Teng in her article in the New Republic explains,

“In one brief skit, Rock managed to perpetuate three common, distinct stereotypes about Asians or Asian Americans: the model minority student, who is born a math genius; the foreign child laborer, who assembles tech gadgets for pennies and kills American jobs; and the silent, obedient immigrant, onto whom we can project whatever identity we please.”

CLICK HERE to read about how Asians are portrayed in HARRY POTTER!

Perhaps people think it’s okay to crack jokes about Asian stereotypes — without a humanizing and holistic context like FRESH OFF THE BOAT has — because some of them don’t seem too far from being compliments. The problem is, that’s 18 million Asian-Americans generalized into a few pithy statements that are dangerously close to becoming definitive paradigms. And Asian-Americans who do inadvertently live up to those statements may see that their achievements have been diminished or “expected;” those who don’t may feel alienated or as if they are a disappointment.

And we still haven’t completely gotten rid of roles that are both whitewashed and stereotypical.

In 2014 the sitcom HOW I MET YOUR MOTHER aired the episode “Slapsgiving 3: Slappointment In Slapmarra,” where a character went to three Asian martial arts masters to learn how to give the best slap. These masters were played by the normal white cast members, donning yellowface, stereotypical Asian clothing, and — I’m starting to get sick of this word — stereotypical accents. One guy even wore a Fu Manchu mustache.

After many angry tweets, co-creator Carter Bays apologized on Twitter, saying that the episode was meant to be a “silly and unabashedly immature homage to Kung Fu movies.”

“Asian” includes Chinese, Japanese, Filipino, Indian, Korean, Thai, Malaysian, Vietnamese, and so many more nationalities, which are further divided into ethnic groups themselves. To represent Asian culture with caricatures of oriental women, silk robes, and exotic flute music in a “silly” manner without any Asian actors is ignorant and dehumanizing.

There’s also Ashton Kutcher’s 2012 Popchips commercial, where he pretended to be a Bollywood producer named Raj, brownface and Indian accent and all. It was quickly pulled after receiving online criticism.

Despite these setbacks, we are well on our way in giving audiences a clearer picture of the “Asian-American experience” and more representation.

For starters, Aziz Ansari and Mindy Kaling created and star in their own TV shows. Hayden Szeto played an awkward, but authentic Korean love interest in THE EDGE OF SEVENTEEN (a rare sight). The Broadway musical ALLEGIANCE featured a story involving the Japanese internment during World War II. And the group Wong Fu Productions has started a small revolution in Asian-American film production scene with 2.7 million YouTube subscribers and their YouTube Red show SINGLE BY 30. Clearly, the main hurdle is getting more Asian-American writers and creators. When that happens, stereotypes and exclusion fall to the wayside.

Television and film have the power to shape perception of America’s diverse cultures and encourage a more accepting society. MODERN FAMILY has been groundbreaking in normalizing gay families, and now we also have FRESH OFF THE BOAT and BLACKISH to depict more of the distinct lifestyles prevalent in our country. Asians and Asian-Americans are so much more than silly accents, quiet voices, and model minority students, and it’s time the media and society saw that.