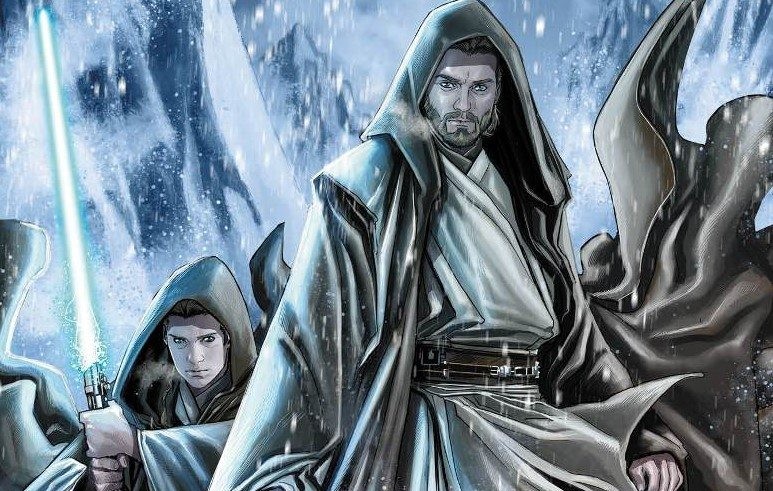 Today at NYCC 2015 Marvel announced a new Star Wars title, set between THE PHANTOM MENACE and ATTACK OF THE CLONES; OBI-WAN & ANAKIN! Written by Charles Soule (LANDO) and drawn by Marco Chechetto (SHATTERED EMPIRE), OBI-WAN & ANAKIN will run five issues, with the first due in January.

Set in the days before the Clone Wars (pre-Hayden Christensen but post-Jake Lloyd), OBI-WAN & ANAKIN sees Obi-Wan Kenobi traveling to a planet in need of some Jedi assistance, accompanied by his new Padawan learner, Anakin Skywalker. As we know becomes the wont with these two, what starts out as a routine mission soon sees them both in danger.

CHECK OUT OUR STAR WARS COVERAGE!

The dynamic between Obi-Wan and Anakin was one of the best things to come out of STAR WARS: CLONE WARS and lends a great deal, in this writer’s opinion, to the events of STAR WARS. It wasn’t necessary, though, and we all got lucky. Have we all already had our Anakin/Obi-Wan fix? Will it be as interesting with a younger Anakin? Will we get to see more of Obi-Wan being an actual teacher instead of an Errol Flynn-esque swashbuckling Jedi general? (The latter is obviously more appealing than the former, but Jedi mythology is so interesting to me that I could stand to learn a lot more about it–especially through Obi-Wan.) Will they explain why both Anakin and Obi-Wan wear that silly ponytail in addition to the Padawan braid? 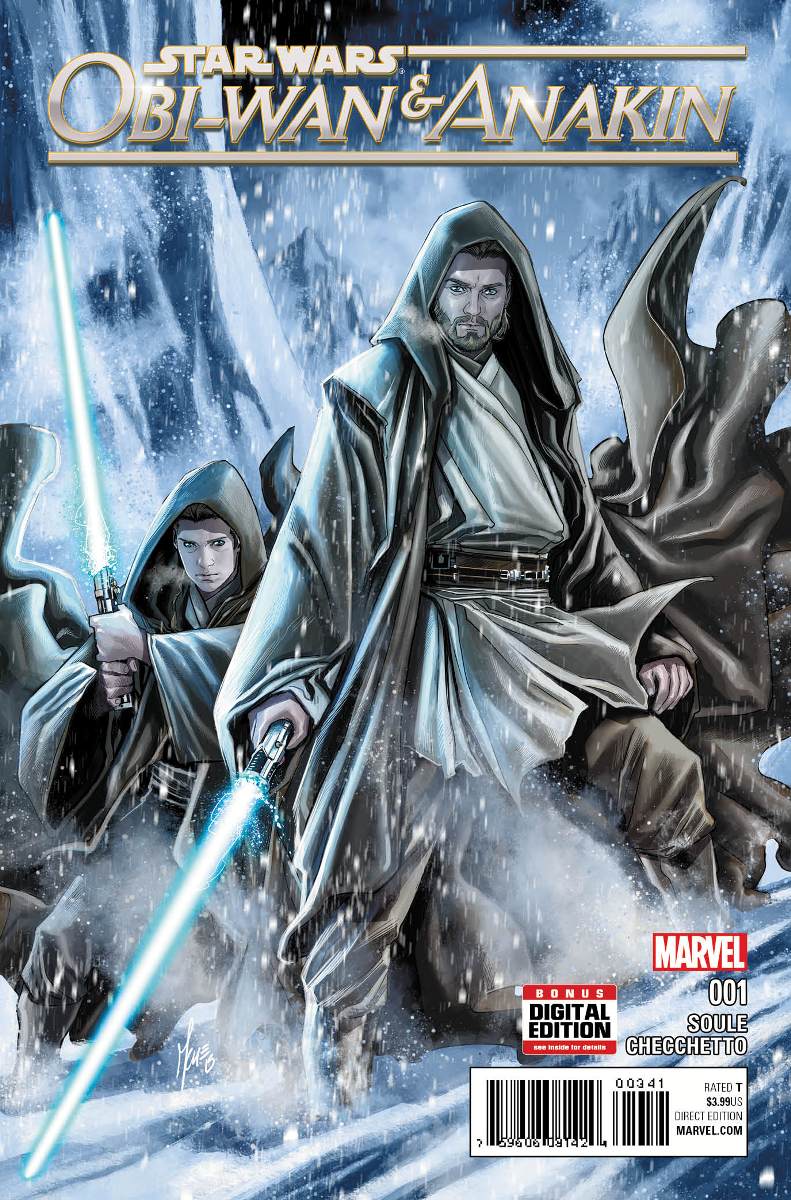 I’m excited to find out, more so because I’m interested to see what Soule and Chechetto do with Anakin & Obi-Wan. As you can see from the cover image (pencilled by Chechetto), he’s going for the Ewan McGregor look in Obi-Wan, but he gets a bit of freedom with Anakin. It’s hard to complain about the appearance and character designs of Star Wars characters, but when you get talented artists working on these comics, you wish for them to flex their muscles a bit and see what they can do. I hope Chechetto and Soule get the opportunity to introduce a new world, new characters, and give us something exciting to chew on.

LANDO wasn’t too exciting, but even given how little I know about Lando (I’m a New Expanded Universe guy only), I could tell Soule was writing a strong Lando story–Lando walked like Lando, talked like Lando, and got out of scrapes like Lando. There’s a lot more of a dynamic to build from for Obi-Wan and Anakin (and maybe a bit more pressure), but I have faith.

Of course, you can gripe at Marvel for keeping this work within the existing Star Wars-writers/artists realm and not bringing in new people, but it is a high-profile limited series featuring two marquee characters, so I can’t be too upset at them for wanting to go with known quantities.

Anyway, as I am consuming all things Marvel/Star Wars, you can bet to hear more from me once this issue drops.