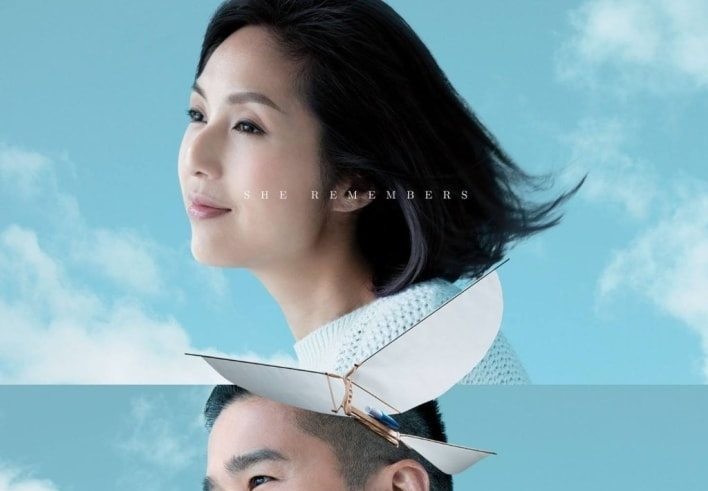 The New York Asian Film Festival, now in its 15th year, is a place where people can come and experience enchanting movies and gripping stories. Two films that embody the emotion and thrills of the NYAFF are TWISTED JUSTICE by Japanese director Kayuza Shiraishi, and SHE REMEMBERS, HE FORGETS by Hong Kongese director Adam Wong. These films could not be more different: the first is a black comedy based on a true story, and the second is a heart-wrenching romantic fiction. Yet both of them are incredible.

TWISTED JUSTICE (3 out of 5 Stars) 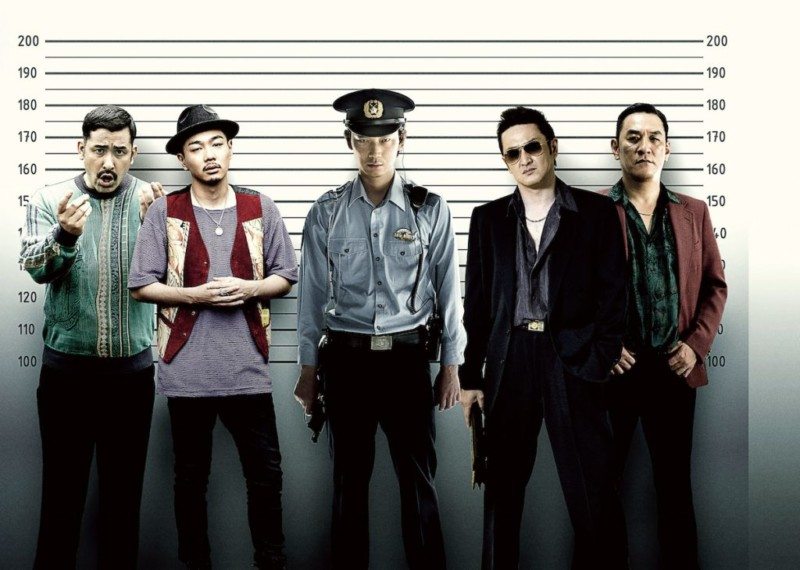 NYAFF attendees were excitedly looking forward to the action-packed TWISTED JUSTICE, which premiered as the opening film of the festival and rightly so. It tells the story of a Japanese police scandal, based on an actual scandal, and the one man who gets tied into all of it. Go Ayano plays rookie cop Moroboshi, who spirals downward from a by-the-book cop to a morally questionable individual. After learning from his superior (Pierre Takio) the makings of a great Hokkaido cop, Moroboshi makes ties with a yakuza boss (Shido Nakamura), a former drug addict (Young Dais), and a stolen car merchant (Yukio Ueno) to bolster his influence and reputation. They become a small gang that runs arms into Japan, working in tandem with the police force to (ironically) curb the public’s fears of gun violence. 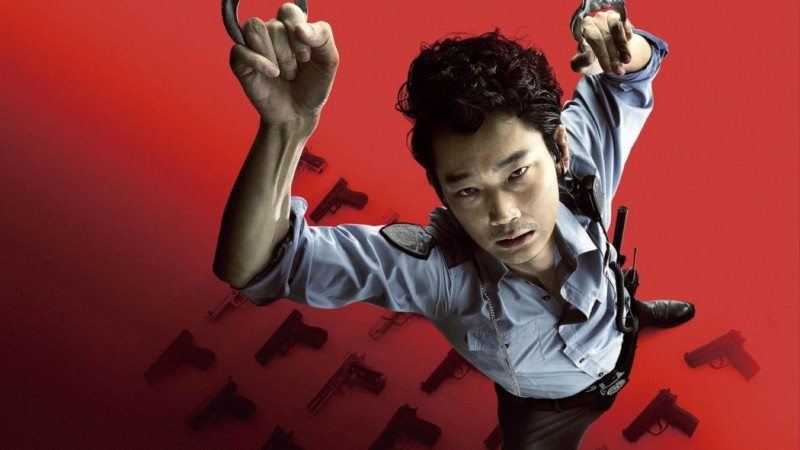 It’s a film that, much like its lead character, begins innocently and comedically; the film becomes darker and moody, reflecting Moroboshi’s transformation into a hardened runner and yakuza himself. It quickly becomes apparent why the film is titled TWISTED JUSTICE, as Moroboshi does the unthinkable in order to maintain the illusion of safety and peace. The comedic elements of the film provide an excellent counterpoint to the dark story and its even darker themes. It’s a classic story of a straight cop coiling and slinking into crime, and the payout is an entertaining film with promise.

READ: Check out more of our coverage of the NYAFF with a review of THE THRONE and DONGJU!

While the film itself is an enjoyable police thriller, the acting impacted the seriousness it was trying to portray. The acting provided by Go Ayano in particular felt over-exaggerated at times and hurt the idea of a realistic portrayal. In certain tense or somber scenes, Ayano would quickly go from calm to rage with little warning. These emotions didn’t always fit the mood of a scene, which might call for something in between or for a build up to such an extreme. Yet his portrayal of Moroboshi over the span of the 30 years that the movie covers should be praised as dynamic. The other actors in the film, like Nakamura and Dais, maintain control and fit into their characters well, making their interaction with Ayano more believable. All that aside, it is a gutsy film that attempts to portray the dark and twisted side of the arm of justice.

SHE REMEMBERS, HE FORGETS (4 out of 5 Stars) 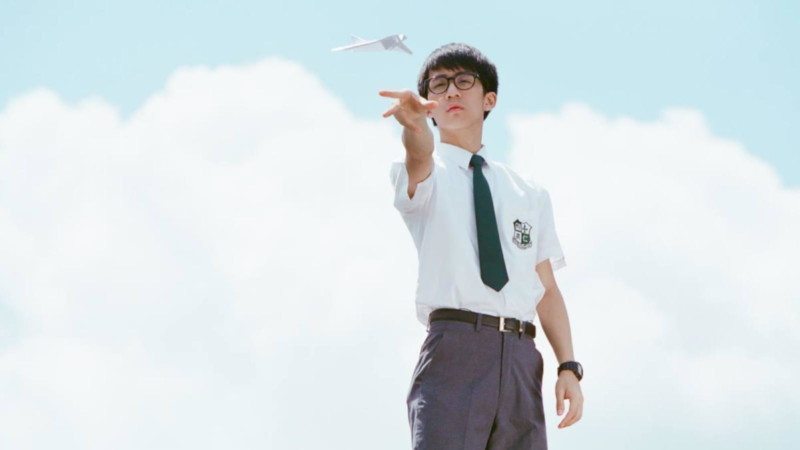 This beautiful movie was one of the more heartfelt films of the NYAFF. SHE REMEMBERS, HE FORGETS is a story of lost love, lost innocence, and lost time. While at a high school reunion, married couple Gigi (Miriam Yeung) and Shing-wah (Jan Lamb) reminisce with friends about their times and adventures together. One former classmate, So Bak-Man (Siu Hin Ng), is absent and the class tries to remember what happened to him. Gigi in particular becomes intrigued with the notion of finding out what happened to Bak-Man as she and her husband were very close with him growing up. As the film unfolds, we see the deterioration of Gigi and Shing-wah’s marriage and learn what happened to Bak-Man. The movie follows Gigi as she goes on an emotional trip through her past and learns to find herself.

LISTEN: Check out our most recent podcast on V FOR VENDETTA!

SHE REMEMBERS, HE FORGETS uses flashbacks to not only push the story along, but to counter the events going on in Gigi’s present life. We learn of the love triangle between the three and how each boy attempts to vie for her heart. The past and present are held together by a theme of flying, which means different things in each period. In the past, the idea of flying is seen by the trio as a nod towards the unpredictability of the future and the excitement that comes with it. In the present, on the other hand, flying is seen as a symbolic escape from the other person, a longing to be free. This theme is also prevalent in the coloring of the film: the past scenes are filled with bright, vibrant colors, while the present scenes are a bit more subtle and flat.

Director Adam Wong does an incredible job of capturing the innocence of first love and the sometimes somber aspects of adult relationships. He was also lucky to have an amazing cast that could portray the emotional toll that heartbreak takes on individuals and their loved ones. It is a movie well worth sitting down to and having a box of tissues nearby. By the end, each character makes their peace and, though bittersweet, acts as a fitting conclusion to an emotional story.

READ: Check out our ranking of the top 10 Steven Spielberg films!

These being my first films from the ever-growing Asian market that weren’t catered towards American audiences, I have to say they have impressed and touched me for their quality, substance, and expressive ideas. I’ve grown accustomed to the typical “Asian market” films like CROUCHING TIGER, HIDDEN DRAGON, SHANGHAI NOON, and KARATE KID. Yet, those are the kind of stories that appeal to American audiences and are geared towards them. The films are produced by both American and Chinese or Hong Kongese companies in tandem and serve to bring about what is expected of Asia, in terms of stereotypical martial arts, accents or appropriated culture. TWISTED JUSTICE and SHE REMEMBERS, HE FORGETS, are shown in a more natural cultural context, not one forced upon audiences by a big company looking to exploit prescribed ideas. They are real depictions of Asian characters, in this case Japanese and Hong Kongese, which prove to moviegoers that film can cross language and cultural barriers through passionate storytelling. They don’t have to be familiar to American audiences just so they can be understood; they have to be human, which is what these films depict. Truly human stories.

In my continuing coverage of the NYAFF I am looking forward to seeing other films with similar strengths in their storytelling abilities and genuine themes. If you are interested in attending the NYAFF, I heavily recommend you do so, especially with films of this caliber being shown.