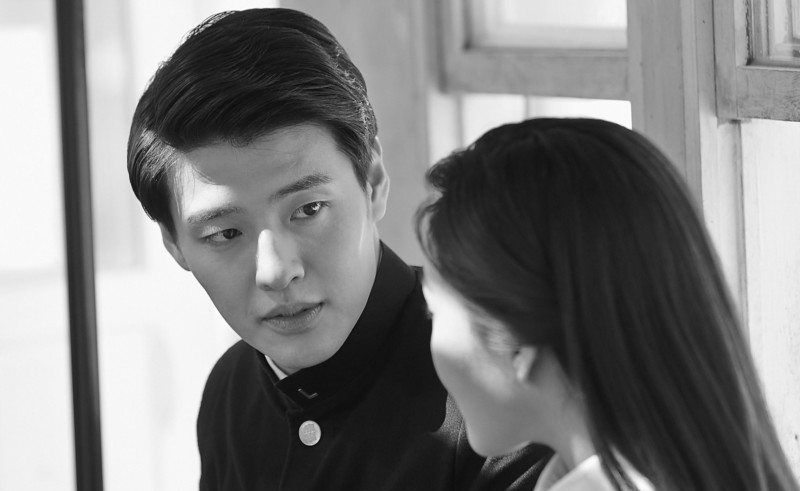 One of the most vital aspects of the New York Asian Film Festival is the way the films can break through national barriers. We all come from different backgrounds, but we all share a love of cinema and the stories it tells. Two films from South Korean director Lee Joon-ik screened at NYAFF this year: THE THRONE (2015) and DONGJU: THE PORTRAIT OF A POET (2016). Both of these films tell heart-breaking stories of South Korea’s past that still resonate across cultural boundaries in the present. 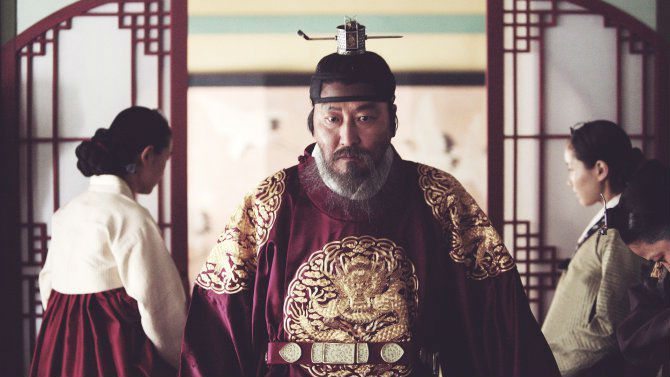 Lee’s film THE THRONE has already received a great deal of acclaim in South Korea. Last year, the film won the award for Best Film at the Korean Association of Film Critics’ Awards and was South Korea’s entry to the 88th Academy Awards in the Best Foreign Language Film category. It’s easy to see why the film has been given such a warm critical reception. Lee’s interpretation of the true story of King Yeongjo (Song Kang-ho) and his tumultuous relationship with his son, Prince Sado (Yoo Ah-in), is deeply affecting.

This strong emotional center relies on the performances of Song and Yoo, both of whom do an exemplary job of bringing the fractured bond between father and son to life. Despite the 18th century trappings, both actors make the relationship something audiences can empathize and identify with. Song Kang-ho in particular is practically unrecognizable to audiences who may only know him from films like THE HOST. With shades of King Lear, Song is an overbearing and prickly father figure, but his inherent likability exposes endearing quirks to the crotchety king. Song’s acting choices make it possible for the audience to understand why Prince Sado is so desperate for his father’s love. It also helps the audience to see the tragedy in King Yeongjo’s choice to put his son to death, rather than turning the king into an outright villain.

CLICK: Dig deep on the feminist subtext of ALIEN with this article here.

The film’s script—written by Cho Chul-hyun, Oh Seung-hyeon, and Lee Song-won— utilizes a flashback structure that focuses on memories of specific characters, revealing key details and recontextualizing their actions from earlier in the film. This structural choice prevents the film from becoming another rote period drama and keeps it moving at a steady pace. Lee’s direction realizes the film’s time period with attention to detail for period specific clothing and set design.

For all of the film’s strengths, there can be some confusion regarding the inner workings of the royal court. The complex relationships between the king, his wife, and his court courtesans are occasionally difficult to keep straight. Though, one has to respect the film for not holding the audience’s hand through the film with an obnoxious info dump. Lee has definitely crafted a powerful father-son drama, but only its unique structure and Lee’s directorial eye keep it from becoming just another period drama. The film lacks a certain flair to make it totally memorable. As is, THE THRONE is a well-crafted film with some incredible performances. It is a film that stands tall in a crowded field of historical dramas, but fails to truly distinguish itself against other films of equal quality. 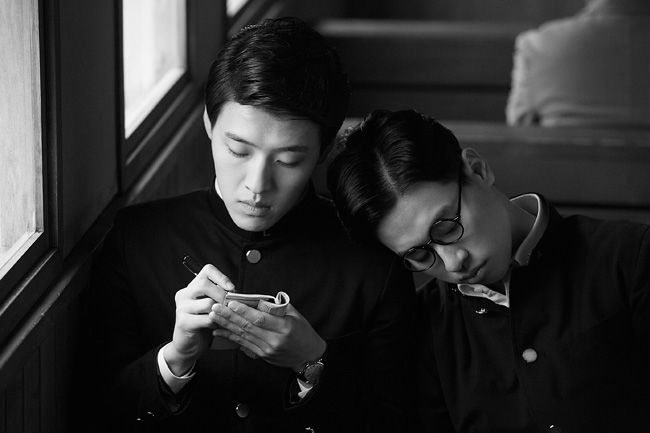 What is the point of art when the world is falling apart? This is the question that seems to haunt Yun Dong-ju throughout the film DONGJU: THE PORTRAIT OF A POET. The film recounts the true story of South Korean poet Yun Dong-ju and his coming of age in 1941 during the Japanese occupation of South Korea. Yun is one of the most famous poets in South Korea, in part because of his tragic death while being unjustly imprisoned by the Japanese. This is a story that could easily become a jingoistic veneration of Yun Dong-ju, but director Lee Joon-ik and screenwriter Shin Yeon-shick avoid hero worship and portray Yun as he was: a kid with doubts and imperfections, who became of victim of tyranny.

Lee chooses to shoot the film in black and white, recreating the aesthetic of photographs from the time period. Lee’s choice also perfectly suits the plain but profound imagery of Yun’s poems. When Yun, portrayed in the film by Kang Ha-neul, recites his poems, Lee’s images provide a thematic connection to the language. The imagery does not always accurately reflect the exact words, but create a visual interpretation of the poem. One artist inspires another, creating memorable poetic vignettes that pop into the film.

Kang Ha-neul’s performance as Yun Dong-ju perfectly captures the peaceful modesty of the poet. He is able to summon Yun’s self-doubt in his artistic ability with a simple facial expression. Yun is not treated like a paragon of artistic genius, which means the audience cannot help but empathize with this young man who wants nothing more to fulfill his dream.

CLICK: Adapt or Die: An exploration of the X-Men comics’ film adaptations

The choice to begin the film right when Yun decides to dedicate his life to poetry is a wise one. This allows the filmmakers to portray the struggles of a young artist as he develops his creative voice and beliefs that will guide him artistically. In spite of this choice, the film does sometimes become bogged down by the typical bio-pic traps of trying to cover too much of the subject’s life in a short amount of time. However, this does not weaken the thematic strength of the film as it reaches its conclusion.

The film shows the intersection of art and politics with the internal conflict shared by Yun and his cousin Song Moon-gyu (played by the excellent Park Jung-min) as they watch their fellow Koreans allow the Japanese to slowly break down their culture. The film has a strong sense of Korean identity: when Yun speaks Korean for the first time during his life in Japan, it seems like a brave, seditious act. Yet the film rejects political ideals like nationalism in favor of a humanist message.

In the film’s heartbreaking conclusion, Yun refuses the confession given to him by the Japanese army. He claims he was not brave enough to actually fight and was content to be a follower. Lee’s framing of the scene makes this act of defiance and desire to create art its own small heroic victory. All Yun ever wanted was to write poetry. Lee Joon-ik’s film helps us to see that in a world so cruel, bringing some speck of beauty into it is heroism enough.