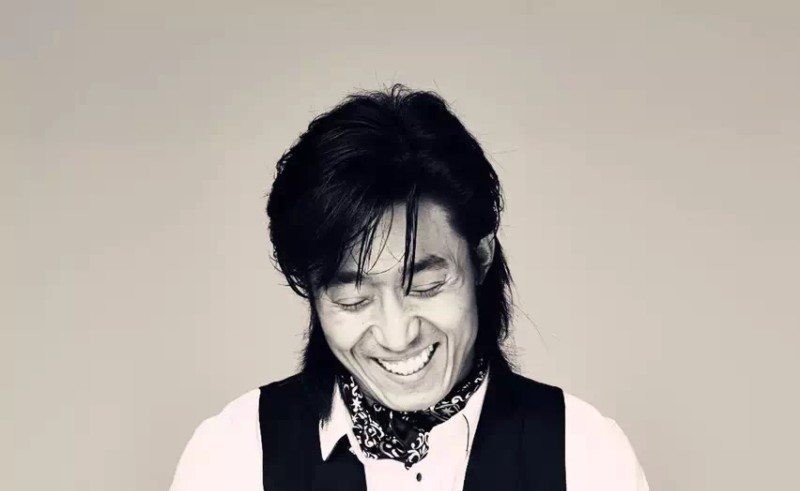 One of the films presented at the New York Asian Film Festival was THE BODYGUARD, written by, directed by, and starring Yue Song. This will be Song’s second film in which he takes on all three crucial roles for a film.

THE BODYGUARD is a mix of traditional Kung Fu cinema and modern action films. It tells the story of Wu Lin, the successor of a particular style of Kung Fu called “Iron Feet,” who is seeking out his exiled brother, Jiang Li, after their master’s death. Upon Wu’s return, his brother offers him a job as a bodyguard, which Wu accepts. In this position of bodyguard, Wu is assigned to protect the daughter of one of the richest men in the city, a spoiled rich girl named Fe-Fei. While the reunion of Wu and his brother seems friendly at first, a deep-seeded jealousy over Wu becoming the only successor of “Iron Feet” creates constant tension between the two and leads to an almost inevitable betrayal and showdown. 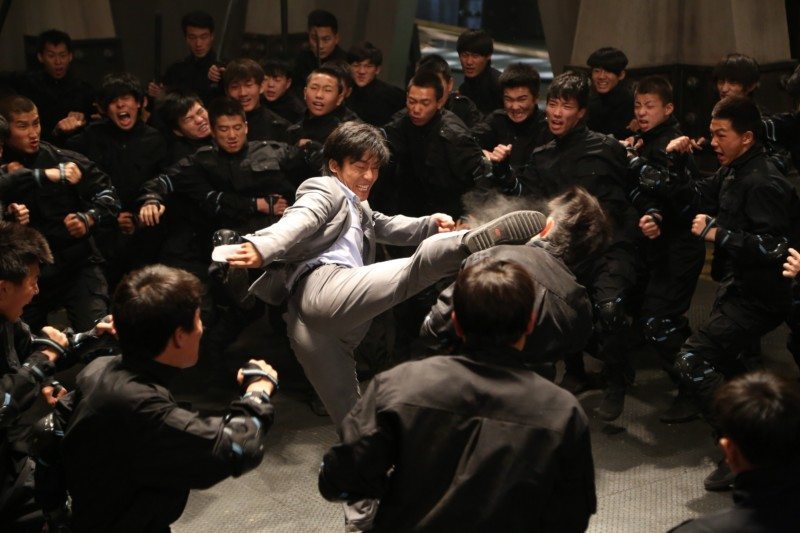 I had the unique and awesome opportunity to speak with Song, who stars as Wu Lin and did all of his own stunts in the film, with a few of those stunts leaving Song injured. Without further ado, let’s get to the interview:

ComicsVerse: Tell us a little bit about THE BODYGUARD, the inspiration behind it, whether you had any or it was just something original for you? Or, was it a homage to something? Basically, how the film came about for you?

Pearl: Hi Chris, this is Pearl. I’m gonna help you translate a bit. He’s a little bit confused. So, he started it as a short story, which he never published or anything, and he changed it into a screenplay.

READ: ComicsVerse reviews HONOR THY FATHER and THE BOYS WHO CRIED WOLF.

CV: You’ve written and directed two big movies now. Where did you get to start? Did you just start with short stories then? Do you do short films? Where did you start to get to the point where you’re at now?

Yue Song: I wanted to, you know, do the creating. I don’t want to work with some other big budget. So I didn’t, it wasn’t easy. I went from small or short, but I did, I can handle it, I can do it. Or, actually, we cannot design other movies our time, we have no time. My team, we think together, almost as a big small.

CV: How difficult was it directing the film, as well as coordinating stunts and working with your team, while also trying to act? Plus, I know a lot of the hits in the film are actually hits, you aren’t pulling punches, you’re actually hitting each other.

YS: Yeah, so we challenge our limit, we challenge the human body limit, and we tie it to imagination, you know? So we do a lot of preparation. You will never find a team like this in China. I think my teammates only seem to do preparation to feel the hit. So this why we can make the fight scenes so exciting. So we are not dated, we’re just working hard, we’re just preparation hard. 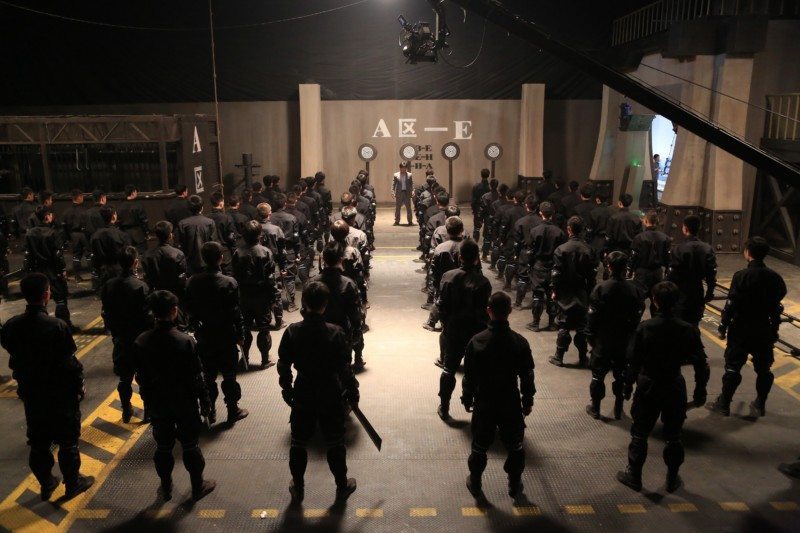 CV: You have a pretty extensive martial arts background. You trained Jeet Kune Do, right, that’s where you started?

CV: How often are you still able to train, and how often are you trying to work with other martial artists who give you a different feel in how you make the fighting so realistic and so powerful?

YS: Maybe the timing that, before I make a film, I lift for three hours and six. Actually, I did fighting my Kung Fu Dao, I just learned to manage it. Sometimes I train people, different people, all the time. Because they training other people, they just help people, you—so different. It’s a strong way of heart. And you need in and out of a technique.

CV: Outside of the Kung Fu movie genre, what other influences have you had as a director, writer, and an actor?

YS: From eighteen years, I spent most time in Hong Kong. Actually, I find right now I do not work for next film. There are a lot of very good acts right now, and very different from my time, working a lot different. I actually feel it’s like America feel and our country feel. And this the reason they feel, and the way they add it, or the way they act it, or the way they tell the story. It all gives me a lot of discretion.

CV: We talked a little bit about how in THE BODYGUARD you do all your own stunts. Like the one big scene where you jump through the car, I know you kind of got injured from that. How difficult is doing stunts when you’re directing? How much does that affect going into production and actually having to work to make a finished product? Does that affect anything at all, when you get injured, or having to do your own stunts with the shots and everything?

YS: Yeah, it’s very difficult to make the decision to do very dangerous stunts, especially when you are in director position. Actually, I can feel, I can organize how dangerous the movement. Is it a dangerous, is it a movement that, can it kill me? I will not do that. Cause sometimes you’ll get hurt, or like a ski—you know, some have danger you kind of have to avoid. I will do that. People feel, “Ok, sorry, don’t do that stunt, it’s too dangerous.” Actually, from my side, I have ability to control that. If you think of the movement as like, “I jump to the car, it’s quite dangerous.” But for me, it is, the movement is dangerous, but I have protected myself. Of course, there always can be—accidents, you know, happen. There always happens something out of control. But most parts, it’s being controlled. 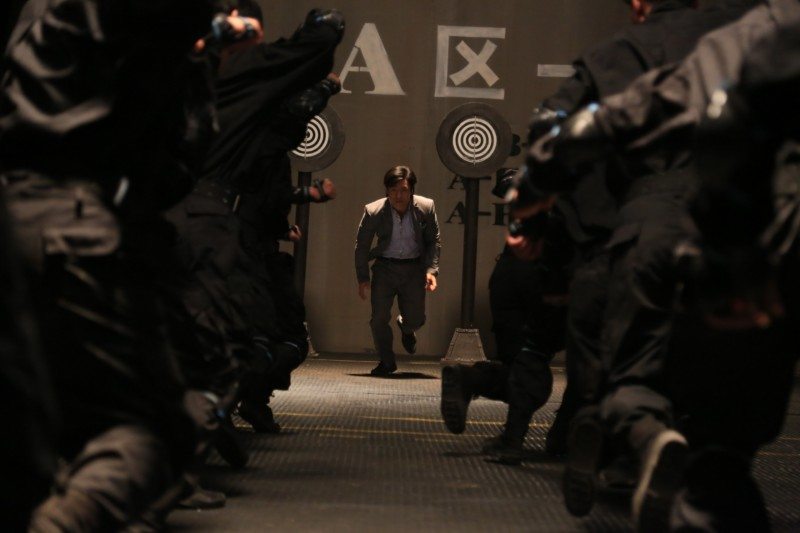 CV: We talked about before how a lot of the action, the fighting is actually pretty real. People are getting hit, they’re actually getting hit. How difficult is it getting people to agree to that? How often do injuries happen? And is there a particular fighting style that you like to use? Cause you’ve trained before, you have a background in multiple styles. Is there a certain style that you like utilizing that makes it easier? What goes on generally when you work with your stunt team with these things?

YS: Actually, the first question is most important, it’s an affair. So I ask her: what I ask her another actor/actress doing. All the actor or actress, we all the same, you know? Schedule for actor maybe, or actress, so it’s easy to fill me in. For actor, I had to be synced with actor because all THE BODYGUARD actor, the fighting, the fighter, we are all really martial artists. So they can be bad. They will beat you, and really, like this. So, you are not a martial artist, you haven’t enough training for that. You know, if you are really martial artist you be peacock, because I remember—it’s like a training. People ask me, “So how can you do that? How can you be hit? How can you hit the people like that?” I said, “Ok, it will be training. We’ll be doing on set. Why we come out to filming.” So this why I’m looking for the rules for fighting, I always look for the real fighter. And of course they can fight, they can action, masters of a deep level. So, this why I can do the film like this. I don’t care the people, the actor, famous or not. I don’t care, you know, something else. I wouldn’t care. Can they fight? Or can they hit? I’m looking for the, you know, power for big film. Another thing is, they ask, “What’s Dao?” This is way of fighting.

CV: I know in the film it focuses on the iron body, the iron fist, and the whole iron system. I just didn’t know if there was a particular influence that you liked using a lot in your films, whether it was Jeet Kune Do, whether it was a mix of Jeet Kune Do and some other styles you used. I know you said you trained in like Japanese styles and Russian or kind of your own thing. I didn’t know if there was a particular style you liked using on film or it just kind of was dictated by the movie itself.

YS: Actually, we didn’t really use any special style. We used all the style. We used all the fighting style. And we mixed. We created a new fighting style. The fighting style is like, no matter what skill, what technique. So we make sure the skill, the technique, is original. It’s more, more mental. I don’t know if you’ve seen my film or not. So, if you see it, you think, “People fighting like that. People fighting like animal.” When we’re fighting you hold your breath, if you are holding breath you feel more panicked because we fighting like…we fighting. We end up doing dumb, dumb, dumb, you know, losing our dumb from the tree, from the plant. So we got to do the amazing thing called fighting. You feel very painful. That’s because we’re doing everything that’s way with nature. So you feel the fight is attempting—of course you’re fighting. When you watch the film, the thing you feel is like choreography, it doesn’t feel everything is nature. It should be fighting like with me, it should a kick, it should a punch, the real kick and the punch. So every time I led to the extra or extras fighting, in the beginning, before the shooting, I will deal with some time for the actor or actress, so they are always feeling. Like ok, you are fighting, you are another. No more human. You have to explore yourself like a real fighter. So we really care about the detail. I will never allow my actor or actress with fighting, continue to fighting. You never continue to fight, you have to learn to fighting. If you put this into your mind, that we are fighting, you really explore yourself, you know, really lose the control. So, from all that they will feel, “Wow, they do everything for real.” This here, this weak on your knees. I wonder every time we start shooting, action, you know, rolling, action, I wonder me and all the actor/actress totally become another person. You’re acting, you know? A lot of people have said, “Ok, so, your action, your extra actor, they do not have a good technique for action. Something this strong. Anyway, do a post with your action.” We are really fighting, we are not kicking a post. So, I think this the way we make our action feel. So this is why you feel something different. 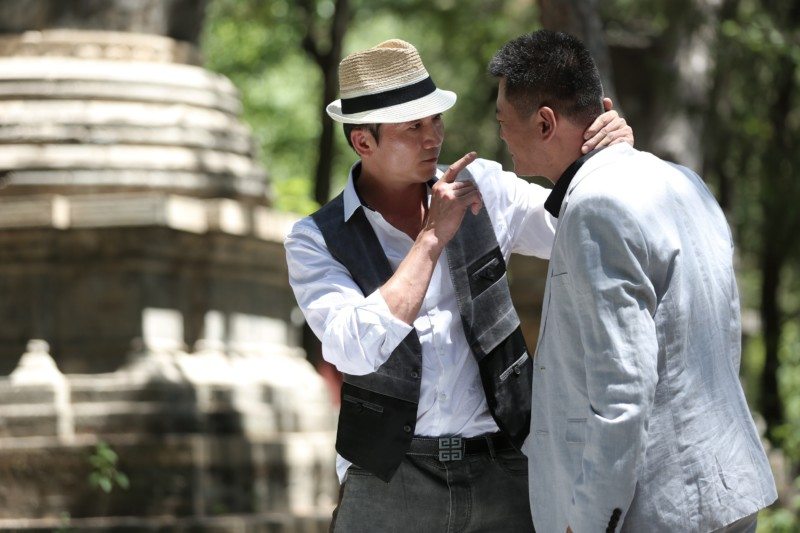 CV: I know in a previous interview you said you wanted to show that the Chinese still make the best Kung Fu movies, the best action movies. What are your hopes or your dreams within the genre then, going forward in future movies, to show that? Obviously, you’re really fighting. You have a really good stunt team, you do all your own stunts and everything. So what would you like to accomplish in your career?

YS: I’m very calm with it, you know. I think they meant to tie in here. The whole world is going to watch my Kung Fu film. THE BODYGUARD just the beginning. So you’ll feel something new, but not totally. I have a lot of themes, potential having to explore.

I really appreciate the time that I got to speak with Song and really enjoyed THE BODYGUARD. If you’re a fan of action films or the Kung Fu/Martial Arts genre, it’s a must-watch, and for those interested, check out the trailer below!