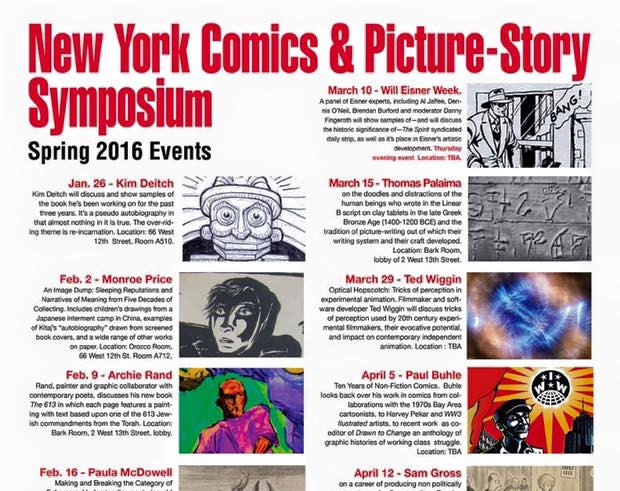 The New York Comics & Picture-story Symposium is a weekly symposium for artists and writers in different text-image forms to show and discuss their current work. Held at Parsons School of Design in New York City, the symposium features a new artist and/or writer each week and their comic, animation, etc. The symposium held its’ 148th meeting on Thursday, March 10, 2016 with the special Will Eisner Week event titled “Seven Days of Creation: Will Eisner and The Spirit Daily Newspaper Strip”.

The event welcomed a panel of distinguished personnel, all of which are well versed in Will Eisner’s work, especially THE SPIRIT. The panel consisted of Moderator Danny Fingeroth, and experts Arie Kaplan, Brendan Burford, and Al Jaffee. Fingeroth is the chair of Will Eisner Week as well as the author of DISGUISED AS CLARK KENT: JEWS, COMICS, AND THE CREATION OF THE SUPERHERO. Kaplan is writer for MAD MAGAZINE and author of MASTERS OF THE COMIC BOOK UNIVERSE REVEALED!. Burford is the General Manager, Syndication at King Features Syndicate. Lastly, but certainly not least, Al Jaffee is a MAD MAGAZINE legend and Eisner studio veteran. 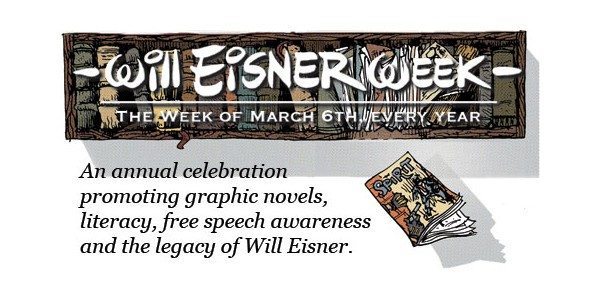 The event celebrates the 75th anniversary of the syndication of Will Eisner’s THE SPIRIT. Eisner was a legend in the comics industry, even to have an award ceremony named after him (The Will Eisner Comic Industry Awards). Born in Brooklyn, NY, he began his career in comics as an advertising writer-cartoonist for the NEW YORK AMERICAN newspaper and an artist for pulp magazines, such as WESTERN SHERIFFS AND OUTLAWS. He then began selling cartoons to the comic book WOW, WHAT A MAGAZINE!, where he met Jerry Iger. After WOW ended, he and Iger joined to work together on making comics with much success. The popularity of comics was growing, so Eisner was offered a Sunday comic slot for Register and Tribune Syndicate newspapers and he accepted, which led to the creation of THE SPIRIT.

READ: There’s so much more to the iconic Will Eisner. Find out more here!

THE SPIRIT was copyrighted as Eisner’s own property and began as a part of a 16-page comic feature insert for the newspaper. It was distributed in twenty newspapers, which amounted to about five million copies. Eisner’s vision for the character was to create a more adult hero, but a bit away from the current superheroes of the time. When he was asked to give THE SPIRIT a mask, he only gave him the small cover over his eyes to fit his vision. The story even starts out with a more adult content for its’ era. THE SPIRIT was a police office who was thought to be killed. However, he was still alive, and since every thought he was dead, he could become a masked hero who fights crime on his own terms. 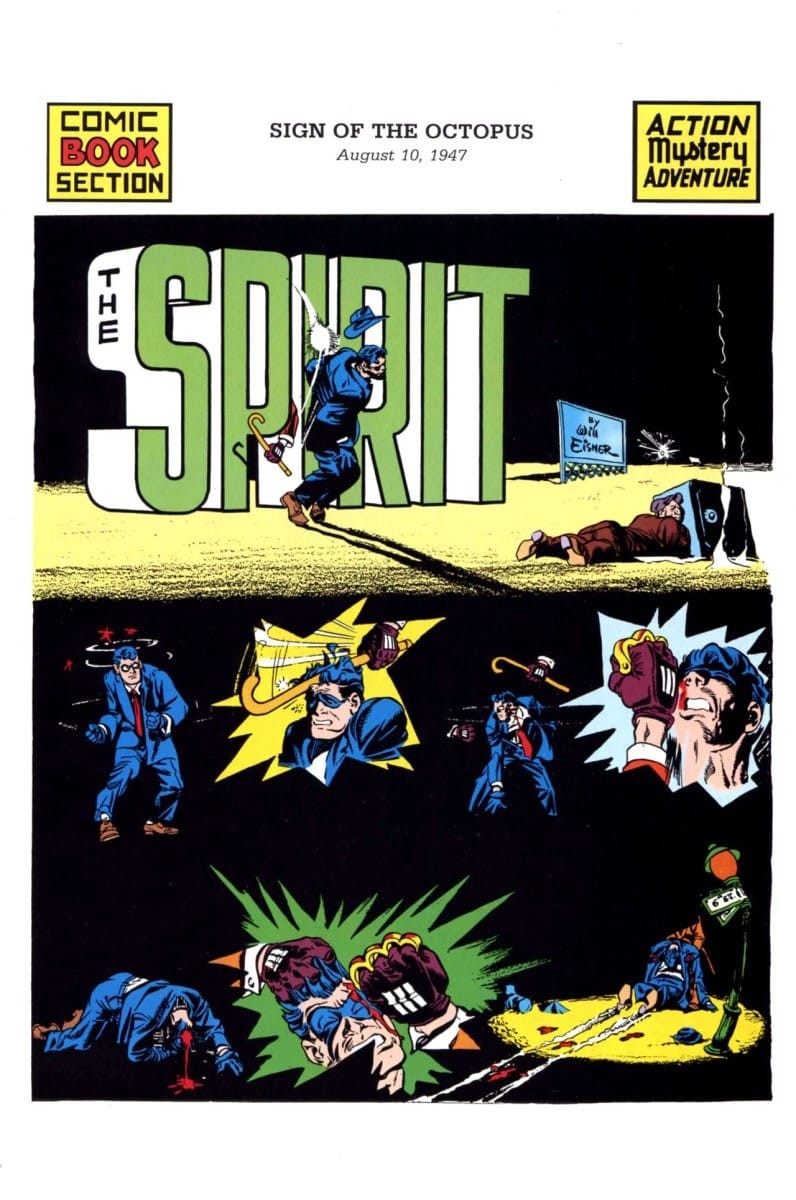 Normally at these events, the presenter or panel would show their current work. This time was a special occurrence, as it was a reflective discussion on THE SPIRIT instead. There were few stand out discussion topics such as the experiences Al Jaffee had with Will Eisner. Jaffee, who created a character named Ziggy Pig for Stan Lee, received his start in comics with Eisner. In 1941, Eisner hired Jaffee to draw a one-page filler, called INFERIOR MAN, for his MILITARY COMICS. Al then told of a meeting in the Pentagon with Eisner after working with him. Both he and Eisner were drafted into the military during WWII. Eisner was assigned to vehicle maintenance while Jaffee washed out as a pilot, which led to Jaffee being assigned to draw designs for the military after some higher ups saw his art work. 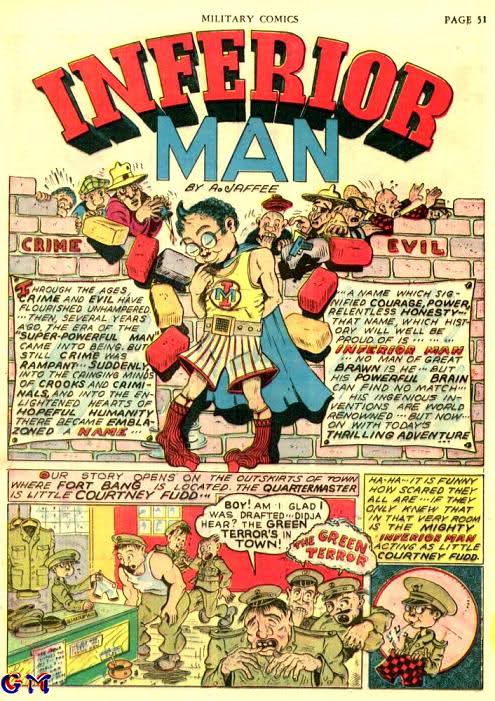 Another interesting topic that was covered by the panel was the character problems in THE SPIRIT. They spoke about the female form in comics.  In THE SPIRIT, women were drawn more realistic and sometimes muscular compared to other comics of the time. The panelist recalled the fact that many others in the industry were critical of this more average depiction of women since it wasn’t as “appealing” to the readers. As Arie Kaplan described, they were used to women being more “buxom” in comics. Afterwards, Jaffee wanted to “address the elephant in the room” so to speak and discuss one of the most criticized characters in THE SPIRIT comics, Ebony White. This character was an African American sidekick to the Spirit, who was depicted in racist fashion. He looks like a blackface caricature with pink lips and big white eyes. The panel admitted that the depiction was plainly racist, but added that it was the product of the time. Also, that Eisner tried to use Ebony White responsibly by having the other characters respect him and being more than a stereotype. Burford even made a point of emphasis that Eisner added more black characters that were in opposition to stereotypes. The audience was in agreement with these character problems. They groaned and spoke a bit among themselves when the name Ebony White was mentioned, since it was a well known aspect of THE SPIRIT. As for myself, I couldn’t help but think about how women are still drawn to be more “appealing” by being more sexualized. Also, I was still surprised as to how Ebony White looked when the panel mentioned how progressive Eisner was in comparison to others of his time. 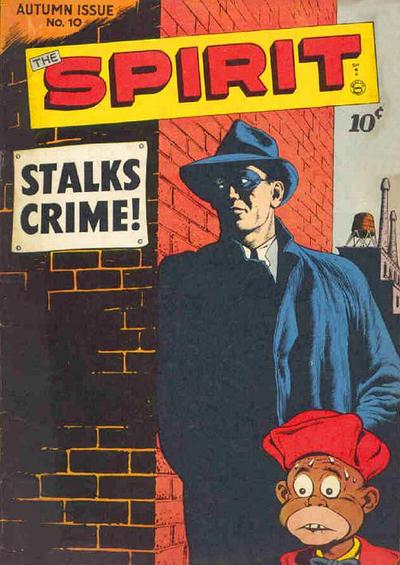 The New York Comics & Picture-story Symposium continues next week on March 25, 2016, at 7 pm with Tom Palaima. Palaima will discuss the doodles and distractions of the human beings who wrote in the Linear B script on clay tablets in the late Greek Bronze Age (1400-1200 BCE) and the tradition of picture-writing out of which their writing system and their craft developed. Events like these are fantastic to attend. Not only are they free and open to the public, you rarely get the information and discussion experience from anywhere else. Hearing personal anecdotes from a legend like Al Jaffee was icing on the cake, which is a fitting analogy since there was a literal cake for Mr. Jaffee’s birthday.