NOVA #4 takes us on a small reprieve from the events of the previous chapters of the new relaunch. Our heroes Sam and Richard are taking their own respective breaks from the mystery of the Nova helmets and Sam’s father to flesh out their romantic interests and growing pains. Writer Jeff Loveness and writer/artist Ramon Perez give us a story that’s light on action but good and entertaining in other aspects. NOVA #4 also has great character development that gives a small push in the plot that will likely help lead to the end of this first arc.

READ: Catch up on the adventures of Nova and friends with our review of CHAMPIONS #6!

The issue starts off with Sam heeding some of Richard’s advice and taking a plunge to ask out his new classmate Lina on a date. This is a big first step for Sam as most of his time in comics so far has been spent traversing space to find clues to the whereabouts of his father. Meanwhile, returning Richard Rider finds himself reuniting with this issue’s guest star, Gamora. This leads to a story that helps keep him grounded and relaxed after returning from the dead and trying to become accustomed to his old life with a fair amount of changes. These changes come from not only the world around him, but from within himself as he tries to figure out just what he has become after death, and at what cost. 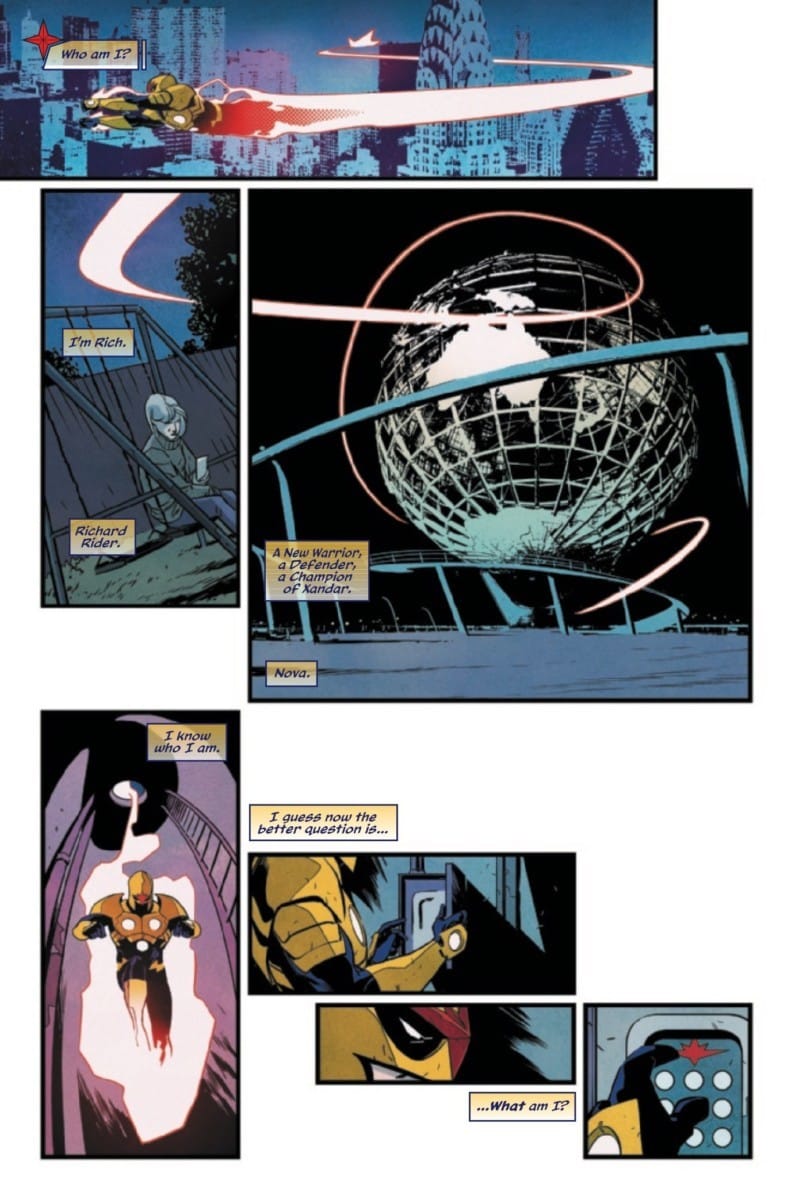 The story shows a new level of maturity for Sam, who could still be considered a newbie to the world of balancing heroics and personal business. As for Richard Rider, this issue proves to us that the Richard Rider that we knew and loved is still very much here, albeit with a few differences that will definitely help him grow and improve. Loveness and Perez do a great job of keeping the reader invested in the side plots of both characters. In what could be seen as a slow, uneventful issue, is instead one that will help provide fire and action into future storylines.

We see Rider attempt to rekindle his relationship with Gamora, while slyly keeping the new developments and mysteries in his life secret. We witness Sam grow in maturity as he makes his own brave leaps that many teens have trouble with in their time. The highlight here has to be when Sam shows his mature, more caring side during his date when he helps a homeless man in trouble. This portrays just how caring and grownup his character can be despite the huge chips on his shoulders. Both stories don’t begin to intertwine until the very end, but both hold up and do what they were meant to do in showing growth.

Ramon Perez does a great job capturing the moments of each character’s life, providing great expressions that do tremendous justice for the characters. This can especially be seen in Sam’s story, as Perez portrays the emotion and anxiety that Sam feels as he attempts to have his first successful date with Lina, going so far as to showcase Sam’s imagined version of a potentially horrible date. Simultaneously, in Richard’s story, an amusing and swift fight scene occurs with Gamora that captures just how much fun the two characters are having in their reunion. This helps the reader affirm and determine that nothing has been lost between the two after years of a status quo change with Richard’s death. But perhaps the most defining piece of art in this issue is when Richard and Sam’s stories are reaching their climax simultaneously, as each goes panel to panel and side by side on a double page, showing the conclusions and results of their days until they are both abruptly interrupted by something far more prominent to their individual futures. 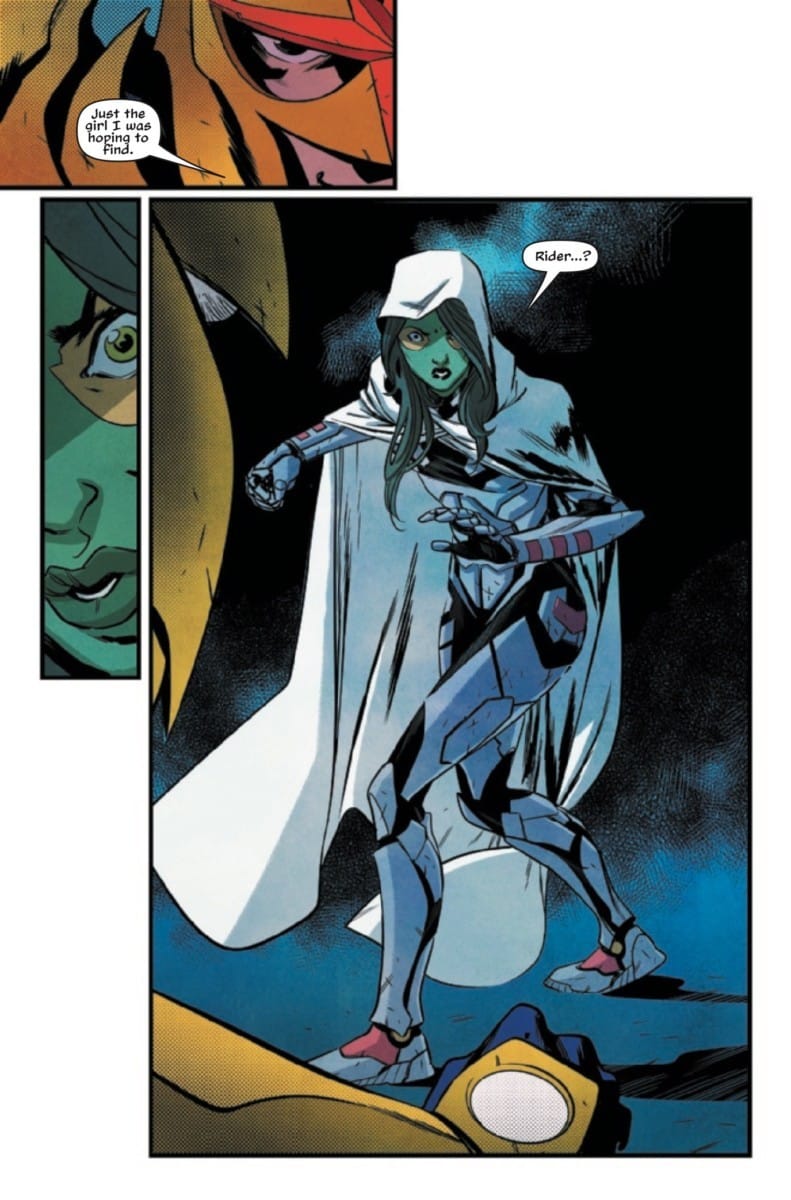 NOVA #4 serves as a great break from the events of the previous issues, in addition to a great setup for the next issue’s conflict. While there isn’t much action, there’s amazing growth and understanding amongst the protagonists. This is impressive considering the dark places the book can go with the mysteries of Richard and the unknown whereabouts and story behind Sam’s father. Basically, this is very much a welcome calm before the storm. Next issue looks to bring everything to a head, and one can hope that we can still have both Novas be at their best at the end of it.