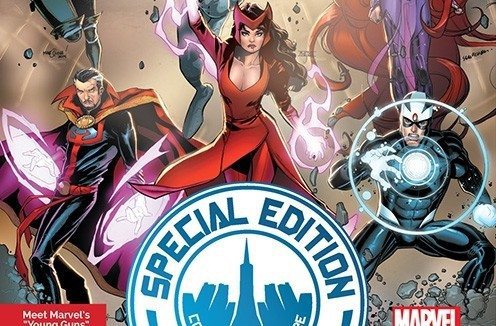 This was the first of the four Marvel-hosted panels at SENYC, and like the DC panel in the morning (one of two for the weekend), was focused on comics artists. Great!

Even better: if “Young Guns” has a kind of Highway-to-the-Dangerzone ring to it, it’s because Joe Quesada came up with the initiative 10 years ago to promote the work of artists like Steve McNiven, Jim Cheung, Oliver Coipel, and in a later cohort, Pasqual Ferry, Simone Bianchi, and others. The name’s not great, but the idea is. At a time when the nation’s pop culture machine is running on superhero plots, it’s refreshing to see one of the Big Two kick up some enthusiasm about artists. Marvel’s All-New Young Guns are making the rounds at various Cons—the new class was announced at C2E2—getting bumps on Marvel.com, and each is drawing a variant cover for Legendary Star-Lord #1. Now, there are all kinds of variant covers for everything, and it’s Star-Lord, but instead of slapping Iron Man armor on a bunch of unrelated titles to promote a movie that already had a 1-billion dollar* marketing budget, this is a campaign to promote artists, and to promote the fact that the folks at Marvel know they need artists, and are always on the look-out for the next group of Young Guns.

The panel was hosted by Marvel’s new talent scout, former X-editor and current cool person, Jeanine Schaefer, and was itself like a gun: each of the six chambers fully-loaded with another gun, who was an artist, and who was loaded with stories and information. 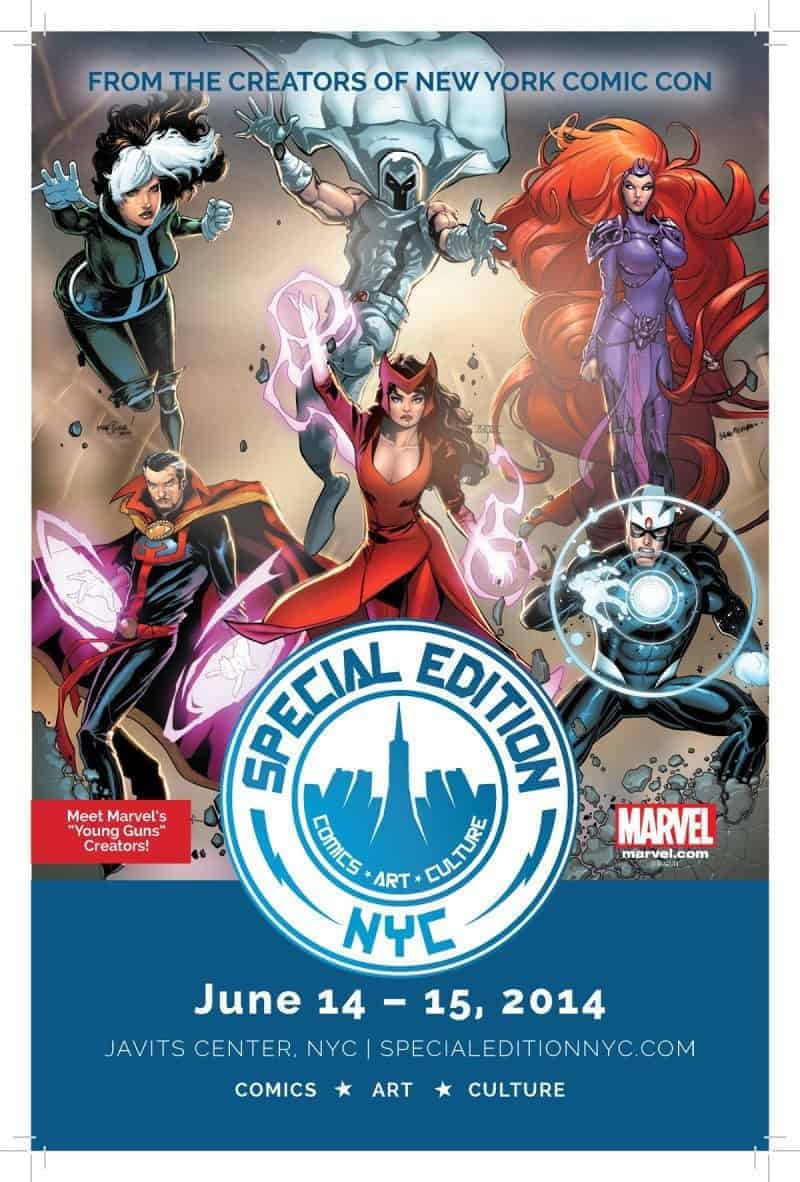 (SENYC Poster with a character drawn by each of the 2014 Young Guns. They claim there was no jockeying for particular characters.)

Mahmud Asrar (Wolverine and the X-Men), Nick Bradshaw (Guardians of the Galaxy), David Marquez (Miles Morales: The Ultimate Spider-Man), Sara Pichelli (Guardians of the Galaxy), Valerio Schiti (New Avengers), and Ryan Stegman (Inhuman) started off by explaining how they got started at Marvel, and everyone’s career path was totally different. Ryan Stegman, for example, got “a really useful English degree,” but went to work as an artist instead. He eventually got a job drawing an adaptation of The Magician’s Apprentice, and the company producing that got picked up by Marvel. Sara Pichelli entered a Marvel talent search contest, and Nick Bradshaw’s work on covers for the Hero Initiative brought him to the attention of Marvel editors. Mahmud Asrar self-published, Valerio Schiti brought his early work to an Italian convention, where then-talent scout C.B. Cebulski encouraged him to keep working, and David Marquez posted work online, got paying work that way, made contact with Cebulski at a Con and kept up contact until his work was right for Marvel.

Almost all the artists described their discovery by Marvel as kind of dumb luck, but as Schaefer reminded us, these were moments of luck that came in the midst of serious work. (Nick Bradshaw is another artist whose work day begins absurdly early in the morning.)

A few take-aways:
When asked if they’ve ever had to put a writer in his/her place, Nick Bradshaw asked, “We can do that?!” and reminded the audience that he had to (some would say got to) draw Wolverine as a clown. 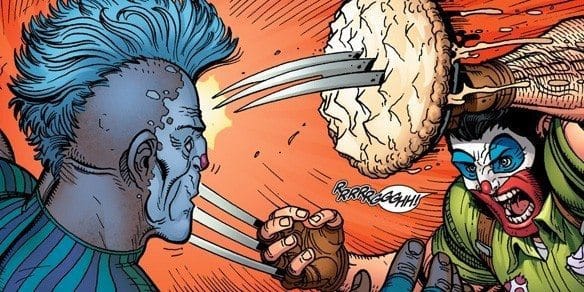 Advice for artists from David Marquez: You do it because you love it. And draw.

Advice for fans: When these artists are having a slow day, our enthusiasm can help pick them up. More practically, even some these folks with well-established careers are hesitant to give up the opportunity to sell original art—buy it if you can. Also if you can, pay for commissioned work from people you like online, or people at Cons who haven’t broken in to the business yet. If your one-of-a-kind poster of the Power Pack crossing Abbey Road gets enough attention on Twitter, it could get that artist’s work in front of a talent scout.

Advice for all comics enthusiasts: Comics artists are artists, but they’re storytellers first. This is what makes the medium we love different from illustration and film, and this ability is actually more important than artistic ability if you want to work in, or understand comics. David Marquez, like the folks at ComicsVerse, recommends Scott McCloud’s Understanding Comics.

More on this later, and Mike Allred next time.