Welcome to another week in Valiant Comics! Just one issue again, but it’s the exciting finale of NINJAK’S “The Shadow Wars” arc, getting ready for Ninjak’s descent into the Deadside next month. Clay Mann’s exciting return to art was very welcome, and the issue developed Ninjak’s world in an excellent way.

CLICK: Check out my interview with Jen Van Meter, of next month’s THE DEATH DEFYING DR. MIRAGE: SECOND LIVES!! 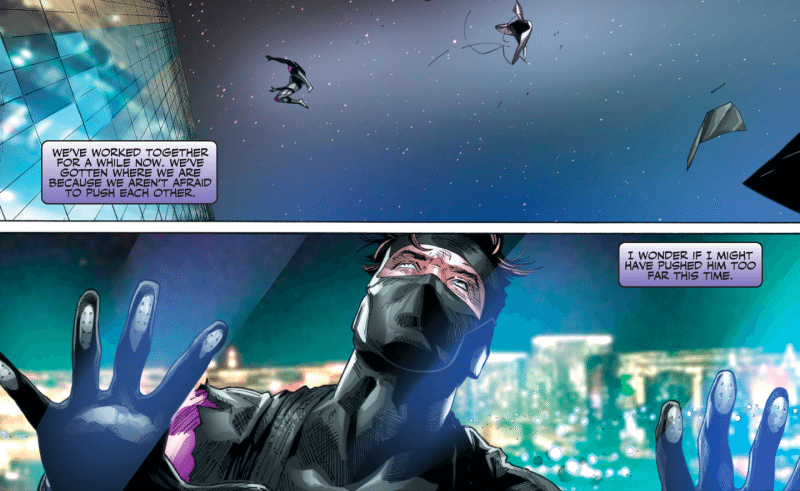 Going into NINJAK #9, I felt like I might have missed something. The last issue featured Ninjak’s encounter with The Shadow Seven’s Fitzy, a genetically modified clone who has studied dozens of fighting styles and is a definite match for Ninjak. Unfortunately, we didn’t see their clash, but the issue succeeded in spite of that. Here, in Las Vegas, Ninjak and Neville have tracked down the last of the Seven, Fakir—gentleman thief. I quite like the designs for all of the members of the Shadow Seven, though I have more questions about Fakir than the others, namely, the tiny regenerative arms that appear on his body. Did I miss something? I’m not sure. There are some pieces in this issue that seem rushed, I suppose, but overall the conclusion is very satisfying. 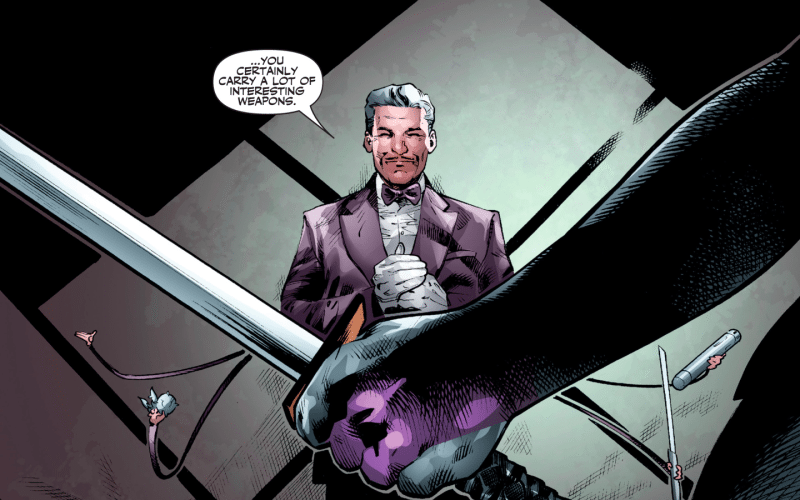 In any case, Fakir is yet another student of the Undead Monk who, along with Ninjak, Fitzy, and the other Shadow Seven, learned mystical secrets and techniques.  Because of this, the Shadow Seven developed a relationship with Ninjak. Ninjak’s desire to destroy the Shadow Seven makes a bit more sense now. I had put pieces of this relationship together in previous issues, but the connection, now cemented, adds a good bit to the character’s background.

Clay Mann is back on art, and he does a great job as usual. He has an extremely dynamic style that conveys action clearly and effectively. His renditions of Vegas and Fakir’s penthouse are appropriately lush and decorated for a master thief’s predispositions. Over in the backup, Juan Jose Ryp has been excellently utilized once again, conveying a ridiculously detailed fight between Ninjak and his handler’s killer as well as some lovely Tibetan vistas. Ryp’s work is always impressive, and I hope to see him on something following this and the LEGENDS OF THE GEOMANCER issues from the last few months.

NINJAK #9 is a solid conclusion to “The Shadow Wars.” It introduces and clarifies elements about Ninjak’s past, elaborates on the Shadow Seven, and uses flashbacks creatively to delve into an otherwise quite enigmatic character. Unfortunately, the heavy use of flashbacks, both in the main story and backup, leave some action to be desired in Ninjak’s fight against Fakir.

Tensions between Harada, The Vine, and Earth heat up in IMPERIUM #10, while UNITY #24 concludes its final story arc before its big finale. Join me then as we figure out how UNITY takes on the Armor Hunters (again)! 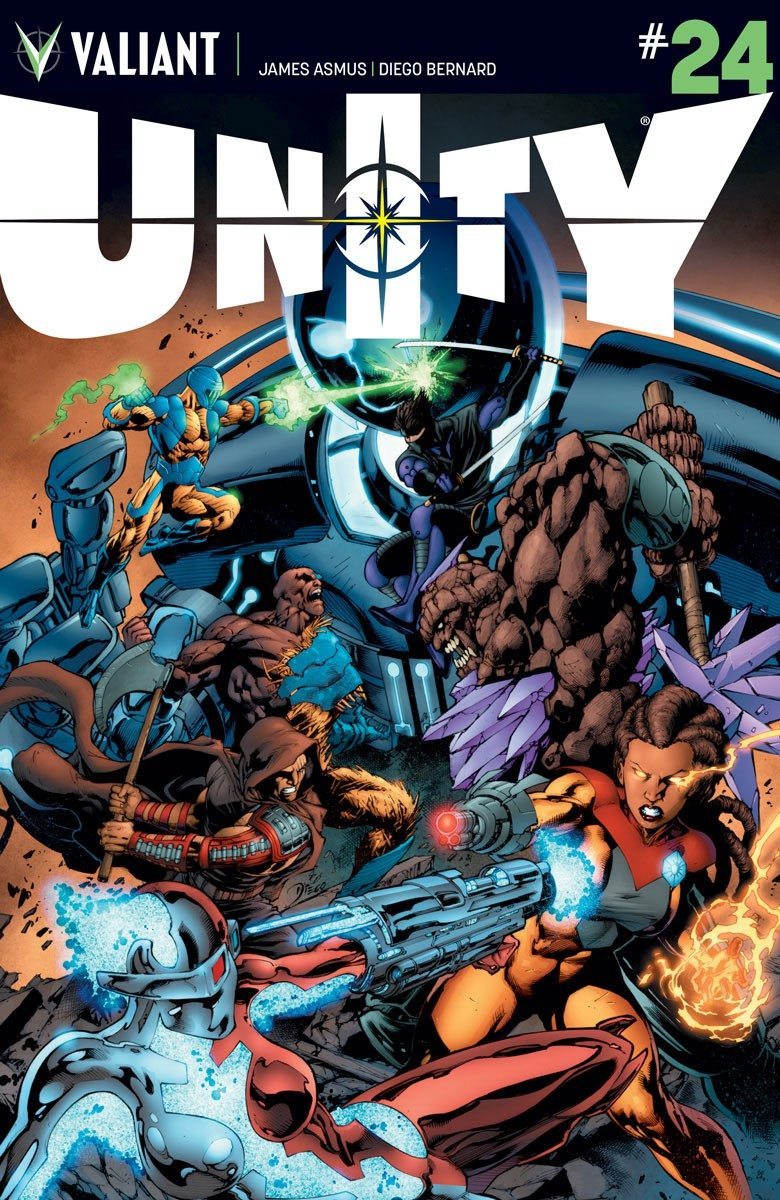