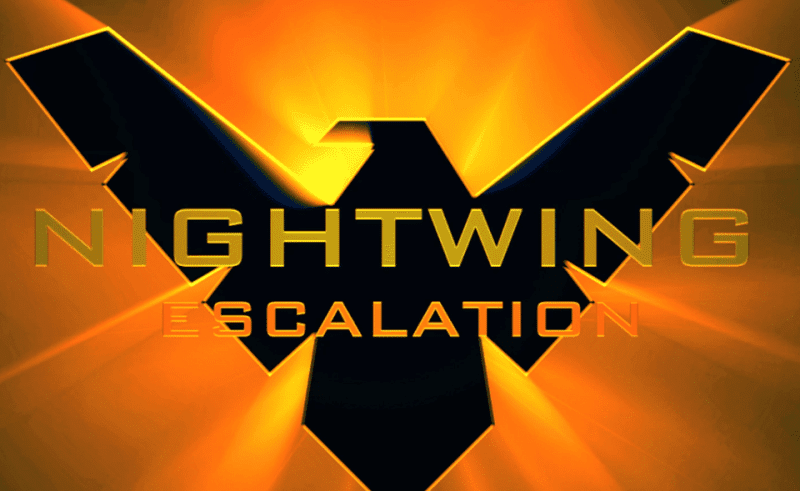 The fan-made online show is back! Nightwing: Escalation season 2 is now available with plenty of time given to every Bat-character. But does this focus on all things Bat take away from our titular character?

Between Dr. O’Brien’s last session with Joker and lots of dead bodies popping up (attributed to Harvey Dent), Season Two gets started fast.  It follows Kulesa as she tries to rise in the ranks of crime in Gotham, while Strife continues to investigate.  With a shocking ending and the appearance of a few Batman Rogues Gallery favorites, this second season is sure to entertain. 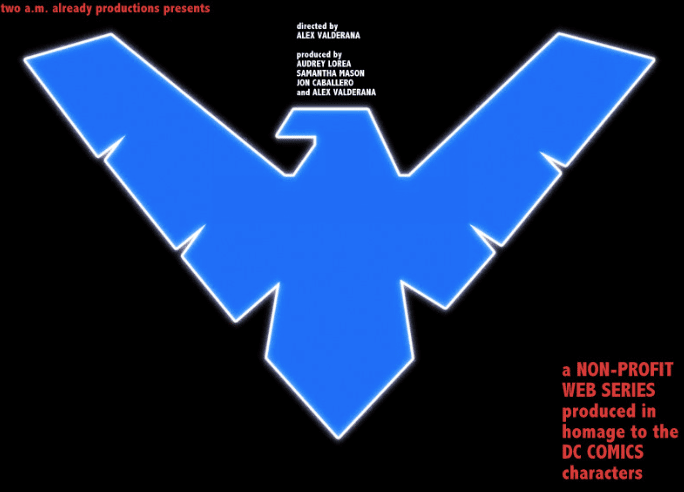 After binge watching the first season and getting the back story on several of these characters, I went into the second season with hope that we would finally see more of Nightwing. That dream was realized as the character was finally able to do what the first season claimed he would be doing; acting as Gotham’s new protector. The camerawork and musical score has improved immensely from the first episode. There were moments, however, in certain episodes that did not have the best sound when characters were speaking. As I watched those scenes I hoped that the characters were not saying anything important to the plot, because I did not quite catch everything they just said. 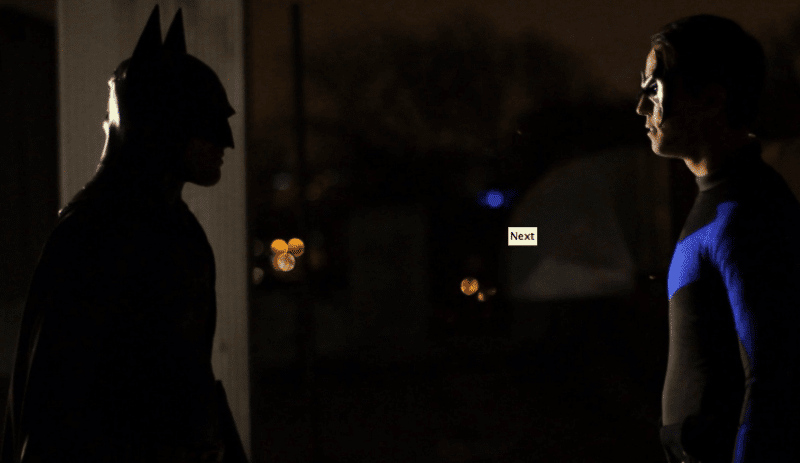 Poor sound quality aside, the story being told is clearly being created by people who have a vast knowledge of the source material. Writers Alex Valderana and David Givens do an incredible job at creating a world with minimal resources at their disposal. The story mostly focuses on the characters within the police force or the criminals of Gotham City. In most Batman storylines these characters are often sidelined or simply there to work alongside Batman. It’s refreshing to see their stories be told, because let’s be honest, we all know most of the Bat-Family’s stories.

However, this style of storytelling is a double-edged sword, both helping and hurting this web series. Having a lot of the focus be on these characters that most people haven’t heard offers new insight to the world of Gotham City. However it does pull away from a character that should be getting more screen time: Nightwing! He showed up sporadically throughout the first season and finally we get to see him get some action. 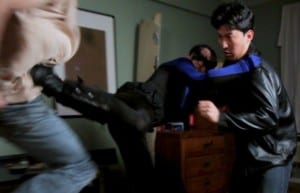 The fight scene was exciting and well choreographed, displaying the fighting style of Nightwing from the comics. Pretty much the entire two seasons had been building up to this moment where Nightwing takes the place of his mentor. It was as if the writers brought us up simply to bring us down by having Nightwing get shot at the end of the episode. I understand the Nightwing’s death ties into the episode title, “DownFall”, but it still frustrated me. A web series titled “Nightwing: Escalation” had very few scenes with Nightwing and at the end of its second season, he gets shot in the head! Of course in most comic book stories, the hero does not stay dead forever, but it still does not change the fact that this was a grave underuse of this character. Not to mention that fact that Deadshot was the killer- his appearance was a bit startling, but not entirely random. He was talking to someone about murdering them earlier, although it is unknown who he was working for.

Based on the trailer for season 3 it would appear the Birds of Prey shall get a chance to step into the light and get the job done. Several other storylines will also be explored, such as Glenn Calloway’s return, Rotelli’s rise to power in the Gotham underworld, and the effect Nightwing’s death will have on the Bat-family. In the end, a satisfying season which promises to deliver more action and continue its well-written story.