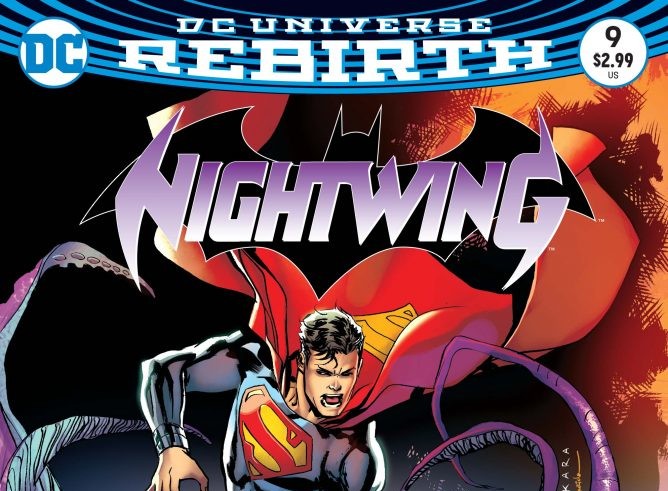 Nightwing has been through the wringer lately – losing Superman, losing Tim, and the whole situation with Raptor. It’s understandable that all of these events start to weigh down on him. Dr. Destiny, a man who can create reality from the fabric of dreams, takes advantage of Dick in his defeated state. Here to help Nightwing is Post-Crisis Superman. Together the two heroes enter Nightwing’s dreamscape to battle not only Dr. Destiny, but Nightwing’s own emotions and fears.

READ: See what makes Superman and Batman such engaging characters.

Dick wakes up from the middle of a nightmare of losing his Titan friends to killer robots controlled by Dr. Destiny. As he looks outside the window of his bedroom in Titans tower, Dick sees Superman. The Man of Steel takes Dick to the fortress of solitude to show him one of the threats of Superman’s alternate world, Dr. Destiny. Superman explains that Dr. Destiny is the one behind the nightmares. The two enter Nightwing’s dreamscape and encounter several of his loved ones. After watching the dream versions of Nightwing’s friends die, Dr. Destiny attempts to break his spirit by showing a graveyard of all the friends Dick can’t protect. Superman helps Dick realize that his deceased friends are never truly gone because they exist in his dreams. Together they defeat Dr. Destiny in the dreamscape. Then, in reality, Nightwing and Superman apprehend Dr. Destiny.

This issue was exceptionally heartfelt courtesy of writer Tim Seeley. Seeley has been writing for Dick Grayson since his days as Agent 37 and once again shows he excels at writing this character. One of the reasons Nightwing is such an engaging character is because of his resilience in the face of adversity. He doesn’t go up against it with a stern demeanor, but with a smile and joke. However, the hardships he has been faced with have made it difficult for him to see the brighter side. Who better to show him the brighter side than the big blue boy scout himself, Superman. 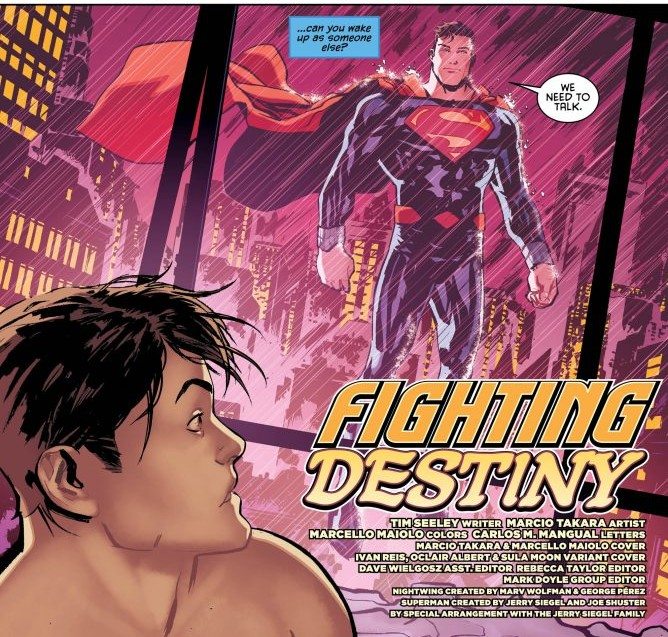 Now the new-52 changed a lot of the continuity of several characters, but for Nightwing it remained generally untouched for the most part (minus the red and black suit). This means that Nightwing still got his name from the new-52 Superman and had a close relationship with him. Upon meeting Post-Crisis Superman Nightwing had a similar reaction as the rest of the Justice League – uncomfortable indifference. But through the course of the issue Superman learns a lot about this version of Nightwing, and in return, Nightwing learns more about the alternate version of himself. For example, Superman took him to Bludhaven for the first time in DC’s new continuity. That felt like another return to form for this character, similar to when Dick returned to his blue and black outfit for Rebirth. 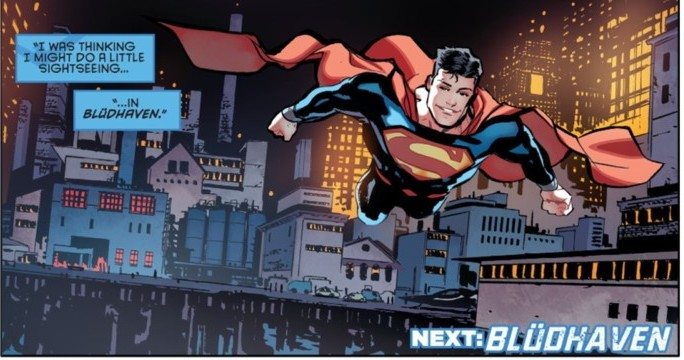 As for the artwork, I’ve grown fond of Javier Fernandez’s style in these comics, so I was a bit hesitatant with artist Marcio Takara initially. However, I was pleasantly surprised with the outcome. Takara kept the spirit of Fernandez’s artwork but put enough differences to make his artwork stand out. The majority of the issue takes place in Nightwing’s dreamscape so it is skewed and segues sharply, but that is to be expected, since that’s how dreams work. Although what truly made this issue tug at the heart strings was Nightwing’s face when he saw dream versions of Red Robin and new-52 Superman. It was filled with such joy that it was heart-breaking, because he wouldn’t be able to embrace them in reality anymore. This sad fact doesn’t bother Dick as he is just grateful to have is loved ones by his side in whatever form they come in.

READ: For a deeper look into the role of Robin.

If I had to point out any negatives with the comic it would be Dr. Destiny himself. He appeared physically intimidating, but aside from a few creepy lines there wasn’t anything interesting about him. The reason Dr. Destiny invaded Dick’s mind was to get revenge for Kobra, the criminal organization Nightwing campaigned against in recent issues. So for a one-off villain, Dr. Destiny served his role perfectly. He was merely a tool used to set up Dick’s confrontation with his inner fears and have him meet Post-Crisis Superman.

The issue ends with Nightwing heading off with Batman, requesting to visit the real Bludhaven. I am immensely excited to see what adventures lie ahead for our hero in Bludhaven. Seeley really understands what Nightwing fans love about the character, between his personality and his setting. As Rebirth continues, Seeley will provide fans with what they desire, but add new and interesting spins on the character. This issue is a definite must-read for any Nightwing fans or fans of his friendship with Superman.