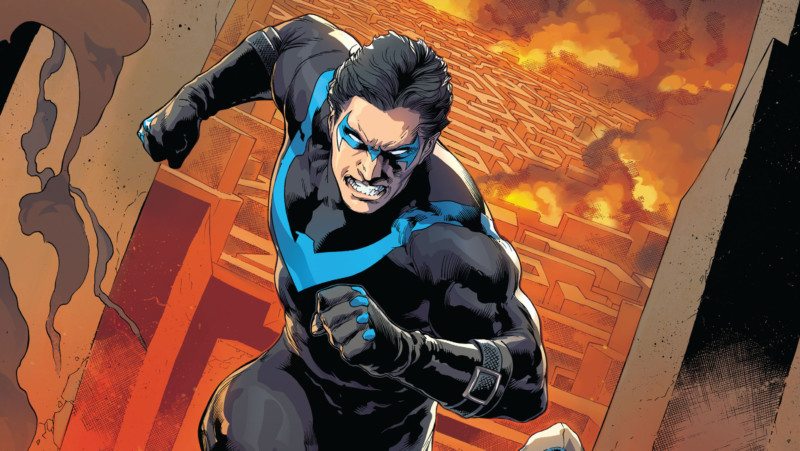 After the falling out Nightwing had with Batgirl in the previous issue, he decides it’s time do things his way! Since the second issue of this arc Nightwing has been following Raptor’s lead. But will Nightwing’s way be the right one?

The issue starts off at Istanbul, Turkey where Nightwing and Raptor gather intel on an artifact from a Dr. Leviticus. After acquiring the needed information, the two men head to the Owl’s Parliament Grove – where the captured prisoners in the previous issue work for the Parliament. Using the blueprints given to them in the last issue, they are able to navigate the labyrinth created by the Owls and free the prisoners. The Orator (a high serving member of the Parliament) finds out about the escaped prisoners and tries to stop them! The Orator, in his monstrous form, attacks the duo. After subduing the Orator, Nightwing obtains the artifact which turns out to be a Book of Wisdom (more on that later). Raptor forces Nightwing to leave him behind – he’s a thief who would be arrested if his true identity were revealed. The issue wraps up with the twist that Raptor was working for another shady criminal organization, Cobra, and betrayed Nightwing.

While the story kept my interest, it just didn’t have that “wow” factor. Not a single part of this arc has blown my mind, however, the saving grace of this comic is without a doubt the characters. Writer Tim Seeley continues to please me in the way he handles Nightwing’s character. Seeley’s skill at portraying Nightwing’s personality really helps the character stand out from other heroes. This issue in particular really highlighted the differences between Nightwing and Batman. After Nightwing essentially let Raptor walk free, despite knowing about his criminal past, Batman chastised Dick. However, Dick refused to allow Batman to lecture him on trust, claiming Batman doesn’t trust anyone!

READ: Speaking of Batman, check out our review of BATMAN #6!

Those are some harsh words from the former Boy Wonder. While they may be true, Dick’s policy of trusting everyone so easily is dangerous as well. The evidence of that can be seen in the final panels of the issue where Raptor shows his true loyalties. Speaking of Raptor, his character fascinates me. It’s just the way Seeley writes him; he makes me intrigued to know more about his past. This is especially impressive since his inevitable betrayal was obvious, yet that still didn’t deter my interest in the character. Seeley added more layers to Raptor in this arc than I initially realized. For example, Raptor revealing to Nightwing that he knew his mother before she died added more mystery to him. 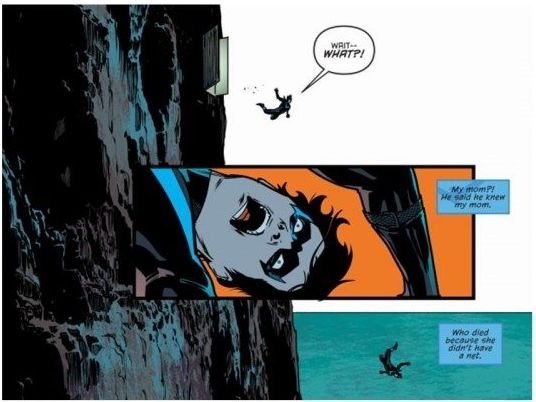 That scene in particular was one of the best shots from an artistic perspective. Artist Javier Fernandez used a wide shot in that scene to show the height at which Nightwing was falling, while the center of the page had a close-up panel of Nightwing’s face, who was clearly confused by the news he’d received. I appreciate the attention to detail Fernandez has with his artwork and how it relates to the story. Raptor was injured by the Orator off screen, but the following panels showed his injury through his lethargic actions.

WATCH: Check out our interview with another talented artist, Clinton T. Hobart, at Wizard World Philadelphia

So even though the story is not very impressive, it still has great character development for our lead and his supporting cast. If you’re like me and are a huge Nightwing fan, then this is definitely worth picking up. I would recommend this whole arc just for the character of Raptor alone. I’m definitely checking out his origin this October in THE RISE OF RAPTOR! Have you read this week’s issue? If so, let us know your thoughts below.