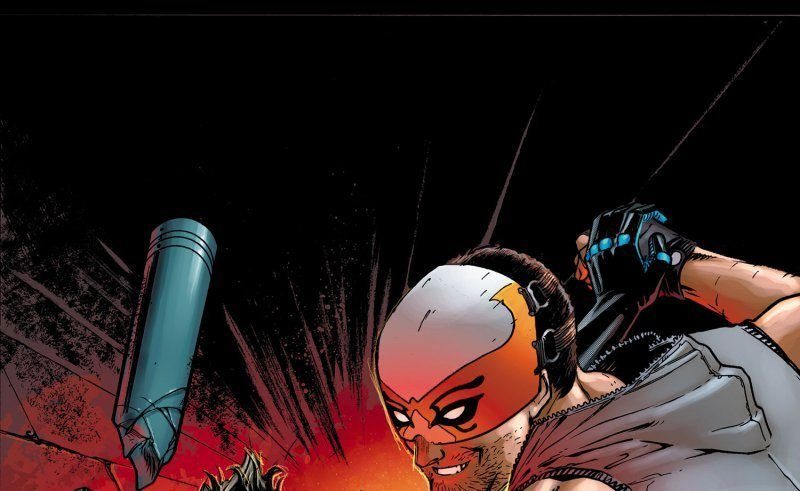 In NIGHTWING #2, our titular hero has decided to work with the Parliament of Owl’s new partner, Raptor. As they complete their mission, Nightwing learns about his own shortcomings as a long-term planner. Writer Tim Seeley continues to deliver fantastic insight into these characters, while the artwork by Javier Fernandez is still top notch. All this book needs is a compelling story and we’ll be in business!

READ: Want to catch up on the story? Check out our review of NIGHTWING #1!

The issue begins with a flashback of Dick as Robin. He is with Batman, who is interrogating a criminal while holding him off a building. Dick believes the criminal is innocent, but Batman drops him anyway. Then we flash forward to the present, where Raptor explains the mission to Nightwing. The two set off to save passengers from a ship that was stolen by the Kobra Cult, an evil organization who experiments on people. When Nightwing gets on board the ship, he discovers that the passengers who were abducted were refugees. Raptor informs Nightwing that the Parliament plans to use these people to build their new nation! After Nightwing begrudgingly hands the refugees over to the Parliament, Raptor reveals that he wants to help Nightwing bring the Parliament down. So now the two men are playing the long game in order to bring the Parliament to the light. 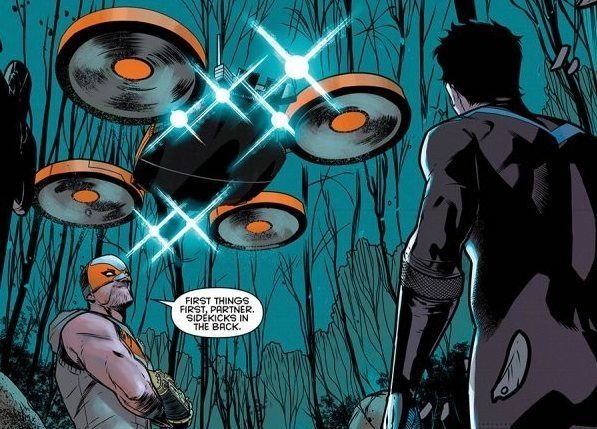 The best parts of this issue are, once again, the characters and their interactions with one another. Nightwing has his traditional banter, but this time with his new partner. My favorite conversation between these two men is when Raptor explains why the Parliament likes Nightwing. Raptor describes him as a “hip, new version of an old, beloved product.” That is exact the reason why many fans, myself included, love Nightwing so much. Nightwing is like a younger, more fun version of Batman.

There were some scenes involving Batgirl which felt out of place, but later I saw their significance. Dick and Barbara have had an off-and-on romance throughout the years, but at this point in time they could actually build a future together. Nightwing has never been the type to plan ahead, which both helps and hurts him in this issue. Being with Barbara and taking down the Parliament are both long term goals, and unfortunately, Nightwing can’t do them at the same time. So, he blows off his date with Barbara in order to work with Raptor. 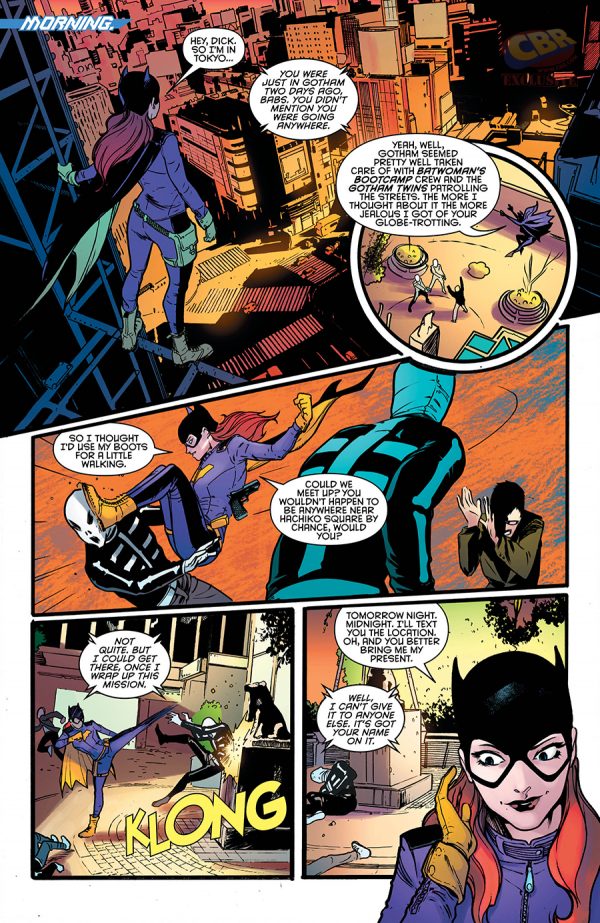 Usually, I hate it when the hero rejects a potential love interest in favor of a mission, but here, Seeley manages to write it in a way that feels both new and genuine. As for Raptor, I’m not sure what to make of him yet. I loved the humorous exchange between him and Nightwing, but I still feel like I can’t trust him. The Parliament assigned him to Nightwing; what if they’re using Raptor to expose Nightwing as a spy?

I personally hope that isn’t the case. This issue alone made me like the character of Raptor and his relationship with Nightwing. The scenes with them talking were made even more enjoyable thanks to the artwork by Fernandez. The fighting was sharp and flowed perfectly from panel to panel. Nightwing made a comment about the different styles of fighting between him and Raptor, but based on the artwork alone one can see the differences: Nightwing is steady and smooth in his attacks, while Raptor is wild and unpredictable. I do hope Fernandez keeps up the good work because the art keeps getting better with each issue.

WATCH: Our interview with another talented artist, Andrew Harmon!

All in all, a solid second issue for this story arc. The story is beginning to get intriguing and the characters involved continue to please. This is an issue you’ll want to pick up whether you’re a Nightwing fan or not. Fingers crossed that Seeley continues to improve as this arc goes on! Now Nightwing really feels like he’s back!