In the last issue, Nightwing saw Shawn Tsang, his new boss and the reformed criminal Defacer, get arrested. Now Nightwing is trying to prove her and Gorilla Grimm are innocent of the murders that have been committed in Bludhaven. Times are proving difficult for our hero. He has cops who don’t want to work with him and former villains who are either afraid of him or want him dead. Can Nightwing step up and clear the name of these former villains?

READ: Catch up on the Nightwing with our review of NIGHTWING #11

In NIGHTWING #12, Nightwing decides he needs more information to prove Gorilla Grimm and Defacer are innocent. So he asks Jimmy Nice, the coordinator for the reformed villain group the Run-Offs, to gather the group for questioning. After several panels of exposition, Nightwing heads over with the Run-Offs to question their prime suspect. When they arrive they find him trying to leave Bludhaven. Suddenly Nightwing is attacked by Orca, a humanoid killer whale hybrid and a former Run-Off. They eventually subdue her, but during their fight their suspect escapes. 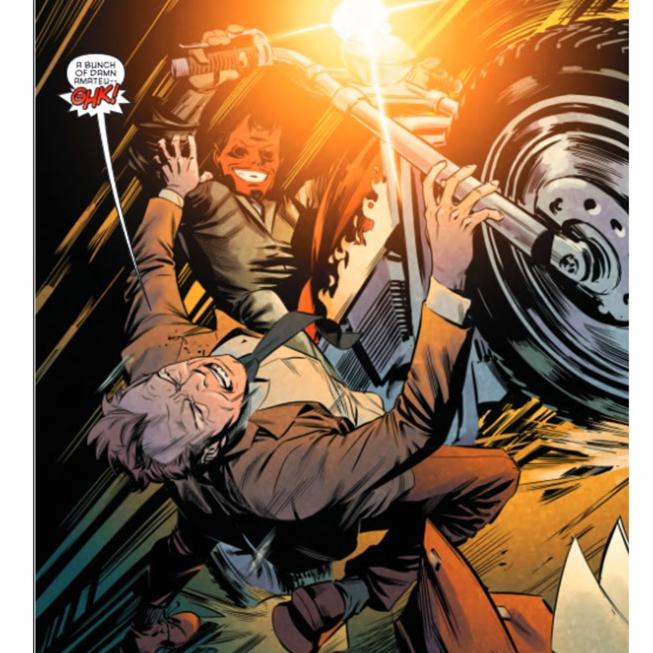 The major negative in this issue is one that I’ve started to notice in Tim Seeley’s arcs. They all start off fantastic, but around the middle they abruptly stop to build up the backstory. The information the Run-Offs gave is necessary to understanding the plot, but I would rather Seeley not slow the pace of the story in order to provide it. If Seeley could provide the audience with information without disrupting the pace of the story, then the rest of this arc would soar!

Another downside to this issue is the ending. NIGHTWING #12 marks the third time in this arc that Seeley has ended an issue with the introduction of a new character. Hopefully Seeley will cease to add any more new characters and add some variety to his endings for the rest of the arc. However, the new characters Seeley has added to this arc thus far are extremely entertaining to read.

The enjoyable characters are definitely some of the positives in this comic. Seeley has proved time and time again how adept he is at writing Nightwing, and this issue is no different. Having Nightwing see himself in the former villains is a brilliant move. All of the characters in this issue are trying to shed their former lives and start anew in Bludhaven. Their interactions are also entertaining. Stallion is a tough blond cowboy who hits first and asks questions later. Mouse is more reserved, but she still stands up for Nightwing and calls him an honorary Run-Off. Thrill Devil despises Nightwing but is willing to look past it in order to help his friends. Finally there’s Giz, who is the least physical of the group and relies mostly on his tech during the fight. Each of the Run-Off have distinct personalities they play off Nightwing’s very well.

READ: About another hero teaming up with a villain in BATMAN #14

The character designs for the Run-Offs are extremely colorful and unique. They help distinguish each of the characters and bring out their individual personalities. I must commend artist Marcus To on his drawing of facial expressions in this issue. Each of the characters’ emotions could be seen during the exposition panels. One could clearly see the various reactions each character had regarding the situation. Another positive for the artwork is the fight sequences. The fight scenes were quick paced and action-packed! Since Nightwing is a very agile fighter, it was amazing watching him evade Orca’s attacks by flipping through the air. Not to mention the fight with Orca was an excellent display of each of the Run-Offs particular skill sets. Nightwing facing-off against the giant humanoid killer whale was something I never knew I wanted to see until it was presented to me in this issue. 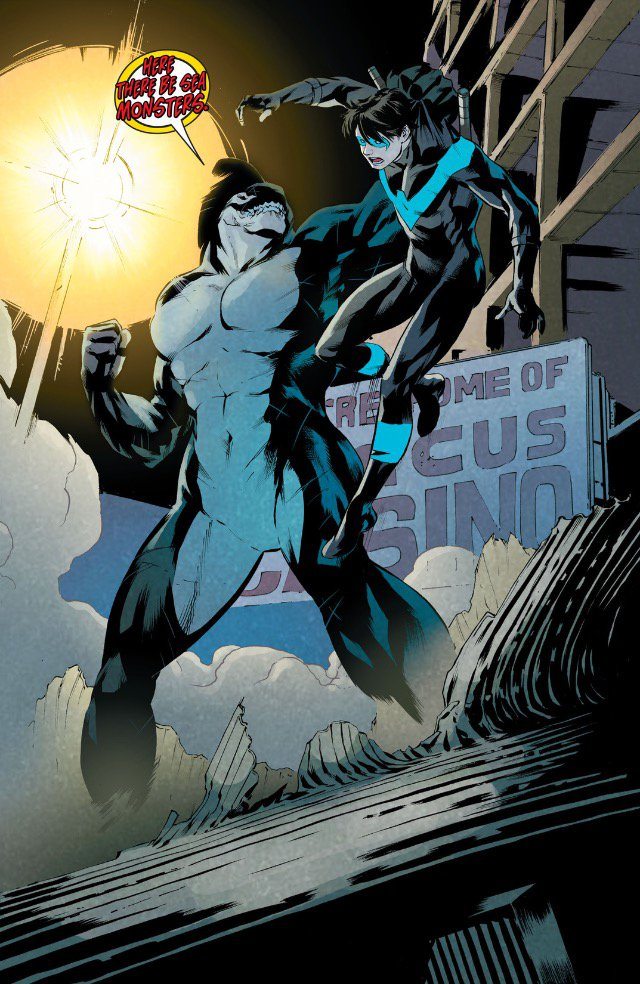 The issue may suffer from some pacing problems when it comes to providing exposition, but the story itself is still engaging. While I dislike the introduction of new characters every issue, the ones that have been in the arc thus far are enjoyable. Hopefully Seeley refrains from adding more characters after this mysterious masked man. Overall, this is a decent issue with hopefully better issues in the horizon. If you’re a fan of NIGHTWING, then I definitely recommend you give NIGHTWING #12 a read.