You know when a woman says she wants her romantic partner to be a nice guy? But, that silly woman, she ends up going for a bad boy instead! She goes for the abuser. The drug addict. The loser! And all when there was just an array of nice guys right there!

This is a “nice guy.” A regular old nice guy is just that — a guy who happens to be a good person. A “nice guy,” however, is one extreme of the male toxicity spectrum. They believe they deserve women by acting against the other extreme of the spectrum, the so-called “Red Pill mentality.” Both of these types of guys root their toxicity in the same things: jealousy, lack of self-confidence, and misogyny.

This class of men has it in their minds that women don’t really want a good man for a partner. They say they do, but their actions show otherwise. They just want a man who’s going to treat them like dirt. Clearly, since the nice guys are true gentlemen, they only want what is best for the lady. Or so they would have you think. You see, a “nice guy” is one who will use his chivalry to get into your heart and panties. Mostly the latter. To nice guys, basic social courtesy is currency for sex. They’ll often complain about how girls don’t want them because they’re just too nice, their own faults be damned. It is always the women, or “females” as they patronizingly like to say, who are wrong. 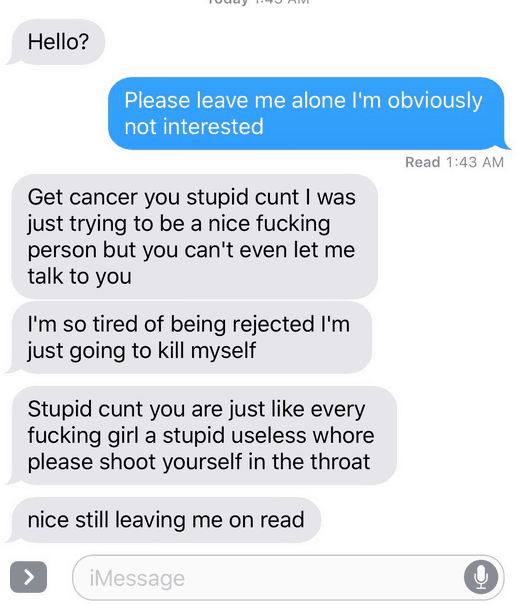 Seems a bit on the extreme side for a polite rejection, doesn’t it? Especially from such a nice guy! And that is far from an outlier in the “nice guy” community. But this wasn’t always such an epidemic. So the question remains: when did this mentality begin?

It is hard to place where the “nice guy” mentality began. Once upon a time, the man who got the girl was depicted as a traditional hero. Stalwart, brave, and so on. The villain was often cowardly, sniveling, and jealous. You often didn’t see “nice guys” in the sense we know them getting the girl; guys that happened to be nice in some sense typically did, however. Even in comic books, the manly, flashy hero was often the one getting a girl, nice or not. Superman got Lois Lane, not Clark Kent, etc.

It was always the macho men who were getting women in our popular media. Then, something odd happened. We started getting characters like Scott Pilgrim, Marty McFly, and other underdogs who were going up against the macho meatheads. And lo and behold, these guys were getting the girl! No one wanted Biff Tannen anymore — Marty was your man. Mind you, most of these characters were not “nice guys” — just regular old guys that happened to be nice. Bit of a difference to the current attitude, but the evolution is clear. 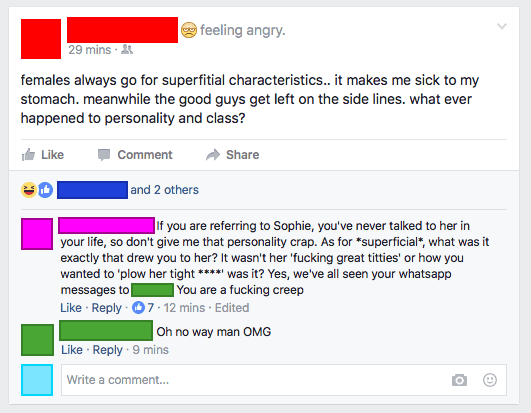 More recent movies like SPIDERMAN, SUPERBAD, and AMERICAN PIE encouraged the idea that any guy could land a hot girl. (And she’s always hot — her personality or compatibility with the guy is irrelevant.) It wasn’t all up to the jock or the hyper-masculine walking stereotype. Seems like a positive message, right? Any guy, no matter how nerdy or scrawny could get the girl because love is the great equalizer or whatever. I’m sure some men began to believe that they all deserved a hot girl as well. Just for being them, of course.

Herein lies three problems that I’ve come across in my research of nice guys. One, they have no interest in their own flaws. Two, they make a 180-degree turn to nasty and bitter when a girl doesn’t show interest in them. Three, some of them subscribe to a toxic mentality about gender and hold a lot of vitriol towards women as a whole. The masculine ideology that “nice guys” try to go against often appears on the other extreme end of the spectrum. This is what some refer to as the “Red Pill” mentality. But what exactly is the Red Pill?

The Red Pill is a reference to the movie THE MATRIX and the idea of escaping a known reality to discover “the truth.” Here’s a snippet from Business Insider for a better definition:

Welcome to The Red Pill, an Internet community on Reddit founded on the general belief that women have it better than men. Red Pill is not a dating advice bulletin, but rather a forum for people — men, mostly — exploring an ideology that revolves almost exclusively around gender. Those who “swallow the pill” maintain that it’s men, not women, who have been socially disenfranchised.

READ: Want another take on sexism? Check out The Troll’s Tale

Now, let me preface this by saying: there is nothing wrong with believing in men’s rights. However, the Red Pill has demonstrated some extremes that are troubling. They fall on the opposite end of the spectrum when it comes to “nice guys.” They have no interest in being nice, or feeling that they deserve attention from women for having basic human decency. Some red pillers have posted some seriously misogynistic post beyond just relationship angst. Often, they focus on how women have things better than men, like advantages in custody battles, power in a relationship, and so on. Some posts include tips on how to manipulate women into sex, cynical views on current feminism and women’s rights, and a pretty hefty helping of sexism towards women, as shown below:

In short, the Red Pill takes a cynical approach to women in many ways. They believe in remaining stoic and concerned more with themselves and their own treatment than on any relationship or woman in their lives. And, while not always the case, some red pillers do see women as manipulative scum that hold quite a lot of power over many aspects of life.

The Red Pill vs. “Nice Guys”

A male friend of mine, who has visited the Red Pill out of curiosity, puts it this way: “Male toxicity is something that has been around for quite some time, e.g. the idea that men don’t have emotions, don’t care about relationships, and only want sex. This is an idea that the Red Pill seems to hold as their Holy Gospel in many cases (not all, mind you). On the opposite side, nice guys seem to reject the idea of male toxicity and take it to the other extreme.

However, this means that they often misrepresent both themselves and their desires towards women. When confronted with the fact that their methods do not work, many nice guys begin to see male toxicity as something that might work in its stead, thus breeding a populous of men who feel the need to turn into the very jerks that they claim get all women in order to achieve a relationship or sexual relations.”

In short, when a man presents himself as a “gentleman,” despite his desires being of a less savory nature, rejection tends to hit harder. Because they are trying to specifically appeal to an aspect of a woman’s desires that aren’t being met by the type of men they believe are common, still being rejected confuses, embarrasses, and even enrages them in more extreme cases. So both the toxic and the anti-toxic men end up being toxic. You get a side that believes in misrepresenting their desires and intentions under the guise of being “nice.” Then, you have another side whose extremity includes ways to manipulate women and has even been labeled a hate group at one point. Deeply rooted misogyny can be found on both sides with little room for debate.

I think the simplest way to put it is that “nice guys” and red pillers fall on opposite sides of extremes. Nice guys often believe that women should be set on a pedestal, worshiped and treated with the utmost respect. They believe in professing their emotions and acting vulnerable, socially gracious and open to a woman’s needs. But the problem is, “nice guys” misrepresent their desires. When faced with rejection, the flip the switch from respectful to hostile and espouse the theory that the “jerks,” who fall closer to the Red Pill, are the only ones that get women. Many of them then threaten to start acting the same just to get women.

Meanwhile, the Red Pill looks at “nice guys” as proof that women hold more power in relationships and other social circles. They see nice guys as men they don’t want to be and examples of how so many men are taken advantage of and used by women. “Nice guys” are the problem alongside women to them. Obversely, “nice guys” see the Red Pill as a solution, and the stream of toxicity, cynicism, and even hatred towards women becomes even larger as a result.

It All Boils Down

It is unfortunate that there is such a large subset of men who act on either side of these extremes. Most Red Pill patrons claim that they have gained confidence, stoicism, and other handy means to handle life and dating from the Red Pill — which is great! Self-improvement is a very important factor that nice guys seem to miss. But while they do usually acknowledge their own flaws to some extent, there is also a lot of blame on the woman for wanting someone seemingly less healthy for her than simply wanting “a nice guy” like them. And that rejection can bring out extreme reactions like the one shown in the first picture. It’s sadly not uncommon.

In my experience, the best way to approach dating is to love yourself first, no matter your gender. Get hobbies, cultivate the garden that is your personality, etc. Focusing on getting a girl, manipulating women for sex, or just making sex the end goal, in general, is unhealthy. Sex and relationships are meant to be an equal playing ground. Sure, the argument can be made that some things are in women’s favor. But it’s just the same that some things — and in the grand scheme of life, far more things — fall in men’s favor. Perhaps we owe it to ourselves to stop the old fashioned frustration of the dating game and have a frank talk with one another. We’re all human, right?

In the words of Bill and Ted, “Be excellent to each other.”