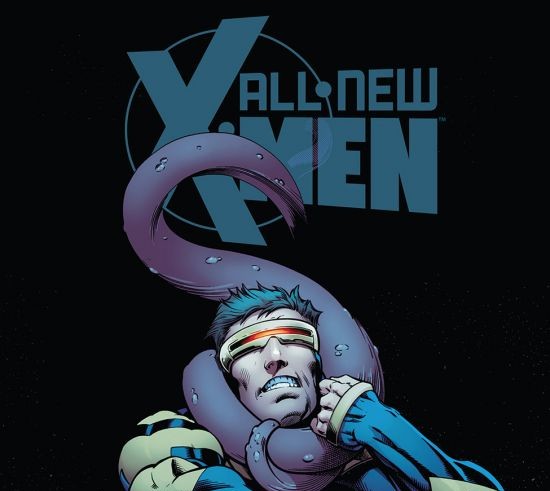 ALL NEW X-MEN is one of several X-books currently on the shelves from Marvel. Unfortunately, it does little to stand out. Whereas last issue highlighted each character individually in unique ways, this issue is a bore through a mystery we already know the answer to.

Dennis Hopeless does his best to raise the stakes in this issue. Cylcops, captured by Toad, is inches way from death. Toad, thinking he can reset the events of the present by eliminating the Cyclops of the past, captures him and lets him live long enough to escape. Unfortunately, an earth-shattering event like the death of young Cyclops just isn’t believable in today’s market, with all that’s happening in other X-Books and the rest of Marvel. This issue could have been a great opportunity to get really personal with Toad, seeing a new side of him that the issue only glosses over. While this “kill the past, save the future” motif is a cool turn on the current state of the X-Men, it doesn’t quite work out. The rest of the issue slogs along without much help from the team’s cooler members, like Wolverine and Kid Apocalypse. 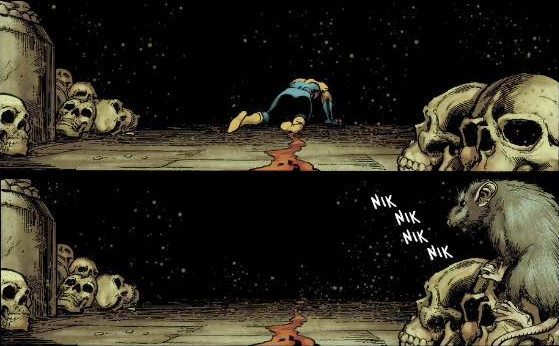 Love X-Men? Check out our podcast all about the NEW MUTANTS!

Altogether, the issue offers little more than a few cool scenes catching us up with Toad and an oddly abrupt ending. The book could be headed in an interesting direction with the majority of the team broken up, but the team members need to carry us through it. As fun as a character like Toad is, he seemed out of place as a bad guy as opposed to the school janitor he recently was. Efforts were taken to justify this turn, but they felt too thin to give him the proper motives he needs.

The artwork by Mark Bagley is fine in this issue. It doesn’t do much to stand out but it does enough to tell the story in a pleasant way. Bagley is no stranger to drawing younger heroes, and they are the most enjoyable parts of this issue. However, some of the environments became hard to follow in the wake of Cyclops’s optic blasts.

READ: Still don’t have enough X-Men in your life? Check out our podcast on team leader, Storm!

As stated before, this book needs to do more to stand out against the other X-titles Marvel is putting on its shelves. As seen in the previous issue, this book excels when it uses its diverse roster to its advantage. By staying away from the more convoluted plot points and centering on the characters, Hopeless and Bagley can hopefully make their book one to remember again.