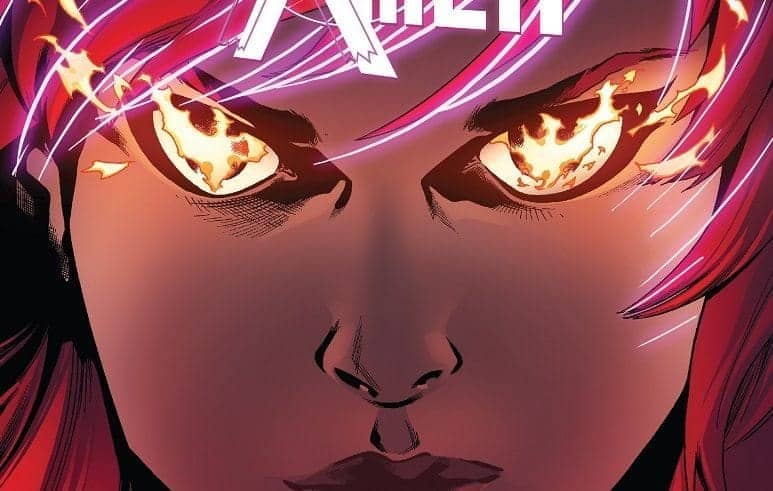 Last issue, we found out who the Utopians are. But what do they want, and why are they in a conflict with SHIELD? And is this issue a good final issue for the series?

In the last issue of All-New X-Men, the big controversy about Iceman’s sexuality was the reason why nobody seemed to really talk about another big revelation in that issue: the Utopians, a bunch of mutants living in the ruins of Utopia, an island which was once the home of the entire mutant population. In this issue, the All-New X-Men are confronted with these mutants. But that’s not the only extraordinary thing about this issue. This is also the last issue of the title, and the last issue before Bendis will finish what he started back in All-New X-Men #1. So I did have certain hopes and expactations for this issue: does Bendis manage to tell a good story about the Utopians and as well lead into UXM #600 and thus the end of his story about the All-New X-Men, all in 22 pages?

Let’s talk about the Utopians first: these people living in the ruins of Utopia aren’t new characters; some of them are well-known mutants such as Karma, some of them are lesser-known characters such as Random. And you might want to assume that Bendis, if he brings back these old characters that didn’t get that much spotlight in the X-comics of the last few years instead of introducing new mutants living on Utopia, has a plan with them. And maybe he does. Maybe the last word about the Utopians hasn’t been spoken at the end of this issue. But in this issue that seems to be part two of a 2-issue-arc about the Utopians, he doesn’t manage to give any depth to these characters, besides Karma. Almost all of them seem totally replaceable; not even their powers made a huge difference in the fight.

But this is not the only unattended thing in this issue. This should be the story that leads into Bendis’ great finale, but it doesn’t feel extraordinary. It feels more like a typical day in the lives of the time-displaced teenagers than like a build-up to the ending of their story. The cliffhanger felt forced and wouldn’t make me want to read Uncanny X-Men #600. Why don’t we see that much characters interaction between Cyclops and the other members of the team, even though he just returned from space and this would be a great opportunity to show how his relationships to his friends changed? Why is the continuity so confusing? The book doesn’t even mention that older Cyclops abandoned his school, even though there certainly has to be some kind of reaction from the O5 team since they are his students. What is this cover about? I mean, I know these covers are made far in advance and that makes all of them completely misleading. But still, it needs to be mentioned, since it will make people buy the book with false expectations.

Of course, there’s a reason why this book doesn’t really live up to what it promises or to what I expected to see. It just feels extremely rushed. I really feel like Bendis wanted to lead into his finale. I really feel like he wanted to tell an interesting story about a bunch of mutants that live on Utopia because they are afraid of a life full of violence. But between the crossover with the Guardians of the Galaxy and having to end your book because of the biggest Marvel event to date, Secret Wars, I guess you don’t have that much time to tell a decent story.

Don’t get me wrong here. This is not a bad book. As always, Asrar delivers, in my opinion, good art (even though many readers don’t like his work). I liked the idea behind it, I liked that Bendis brought back Karma and I liked the ending of the issue with Maria Hill’s final statement. The story overall was good. The book is well-written. But in the end, I feel like this book should have been at least 44 instead of 22 pages long. And it really should have tried to lead more into the story that I really hope Uncanny X-Men #600 will be: a satisfying ending to a story that began in this series’ first issue.