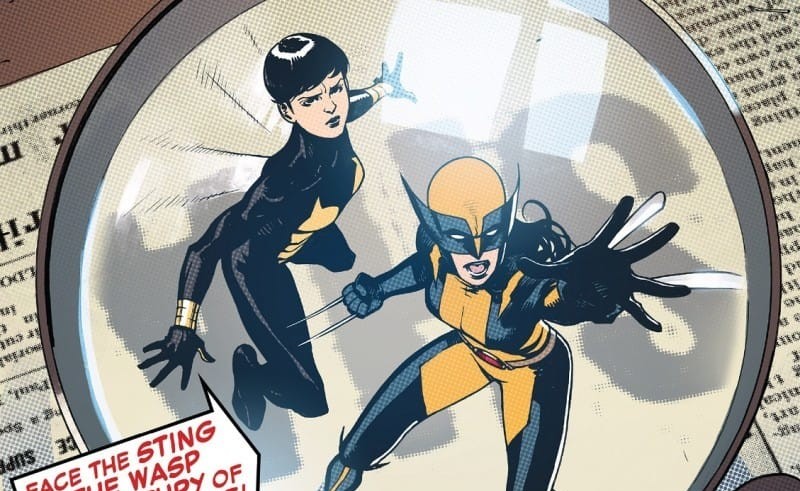 The Wasp and the All-New Wolverine, wearing Ant-Man suits, inside of the body of Zelda…?

Tom Taylor’s first story arc about the All-New Wolverine draws to a close as Laura Kinney has to steal an Ant-Man suit in order to fight for her clone’s/friend’s life—inside of that clone’s body! Obviously, the current owner of Pym Enterprises—Janet van Dyne, a.k.a. The Wasp—is not too happy about that. Meanwhile, Alchemaxx Industries has found the traces the three sisters have left behind, and they plan on solving this problem once and for all. 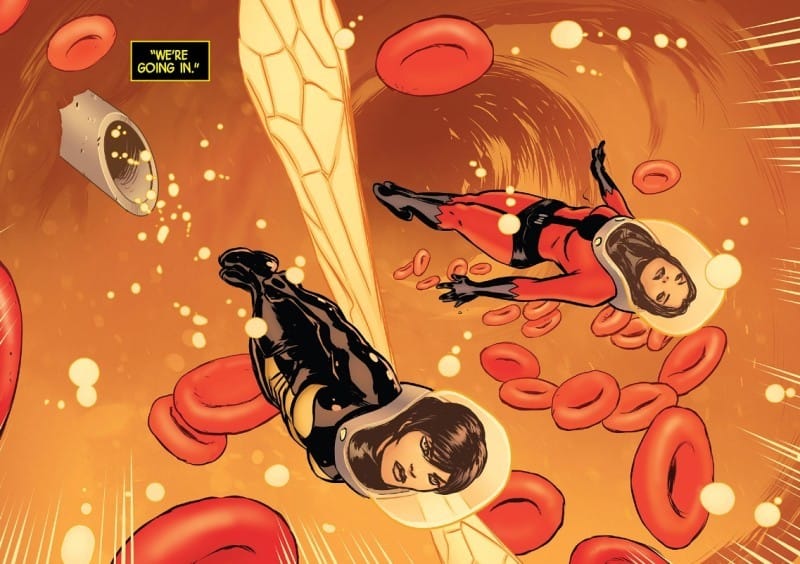 With two superheroes shrunk and fighting for a friend’s survival inside of Zelda’s body, I was looking forward to a thrilling adventure a la INNERSPACE or HONEY, I SHRUNK THE KIDS. Disappointingly, this is far from what issue #5 looks like. Our heroes enter the body, there’s a quick fight scene, and that’s basically it. There’s no twist or even any suspense to this, which is problematic, because the book spends too much time setting up a scenario that the plot could have done without.

READ: Behind on ALL-NEW WOLVERINE? Check out our review of the previous issue here!

And not only would it have worked perfectly without Laura entering Zelda’s body in the first place, it would have been fine without Ant-Man and The Wasp, as well. This is symptomatic of a problem the book struggles with, generally. Over the last few issues, Taylor has built up to a dramatic finale of his arc about Laura’s clones, which, frankly, would have worked better without unnecessary cameos. Neither Taskmaster nor Doctor Strange nor Ant-Man nor the Wasp is essential to any of what happens, and the plot almost feels like an excuse to have Laura meet as many other Marvel characters as possible in order to cross-promote the book. Taylor is trying too hard to establish the All-New Wolverine as a constant in the shared Marvel Universe, and the story he’s trying to tell—which has a lot of potential—just suffers from that. 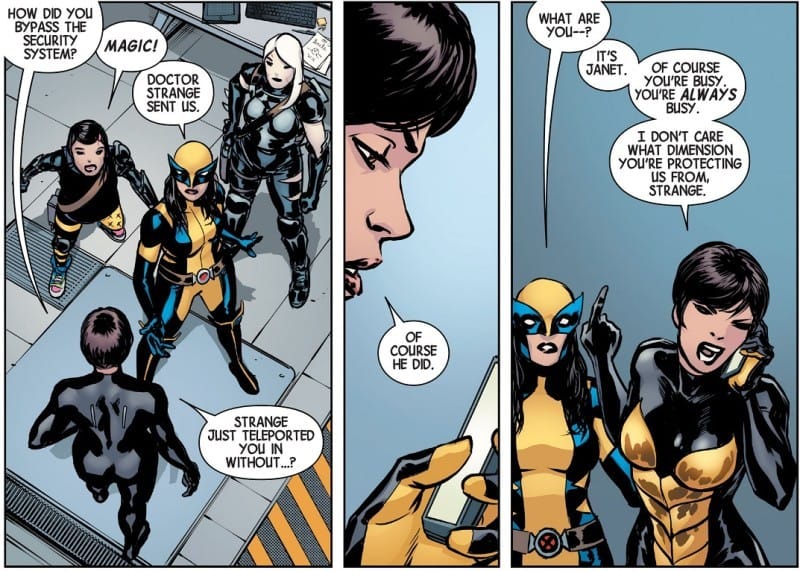 Don’t get me wrong: The dramatic events taking place towards the end of the issue are well-executed, well-written, and emotionally compelling. I really enjoyed how, by the end of the issue, the recurring motif of Laura’s new moral code is being taken up again, leading into the big finale in #6.

[spoiler title=’Spoiler!’ style=’default’ collapse_link=’true’]The death scene towards the end of the issue, including Zelda’s last few words, is really just an outstanding moment, since it’s the perfect turning point for a story that established Laura Kinney as a character with morals she’s not willing to abandon but have now led to death of someone she tried to protect. Taylor really hit the bullseye with this page: He confronts her with her unique inner struggles, and it’s a perfect example of how he understands where Laura is coming from and what her character is all about. 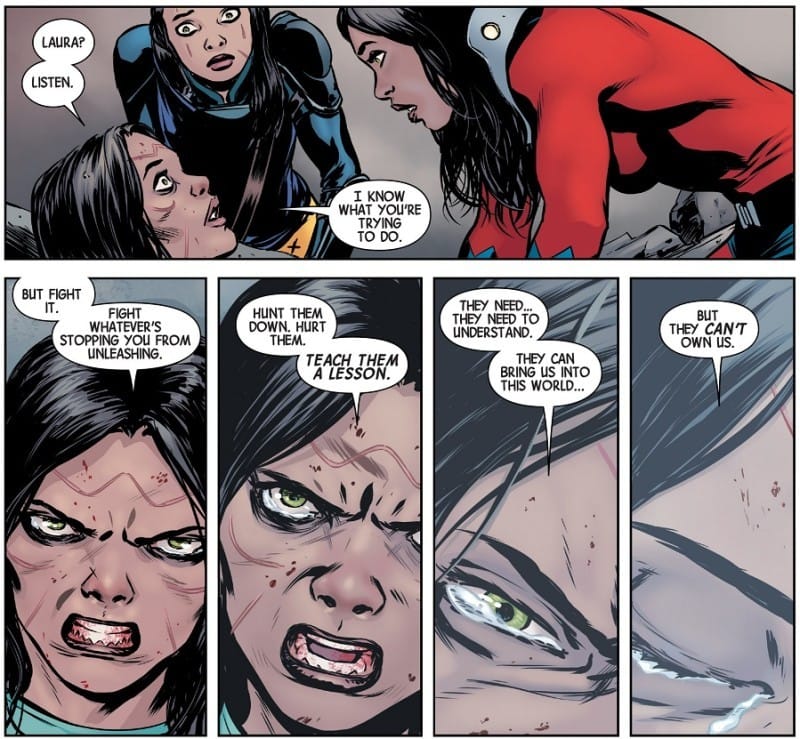 David Navarrot and David Lopez are, again, doing a great job, artistically. The characters are vivid, the action feels dynamic, and everything is in the right place. As I pointed out in previous issues, though, a grittier and more realistic style might have been more appropriate, given this story’s focus on revenge, death, and moral struggles. So, even though I do understand what the creative team has been trying to accomplish here (since the series has many more light-hearted moments), the book’s visuals still seem too harmless and sterile for the story they are trying to tell.

ALL-NEW WOLVERINE #5 ultimately is hard to review, since it’s an issue with a lot of potential and even some really memorable and outstanding moments, and overall, it leads up nicely to the stories’ finale. On the other hand, it feels weirdly forced due to unnecessary cameos and nothing new or interesting being done with the Ant-Man concept.

READ: Check out our whole catalog of X-Men coverage!