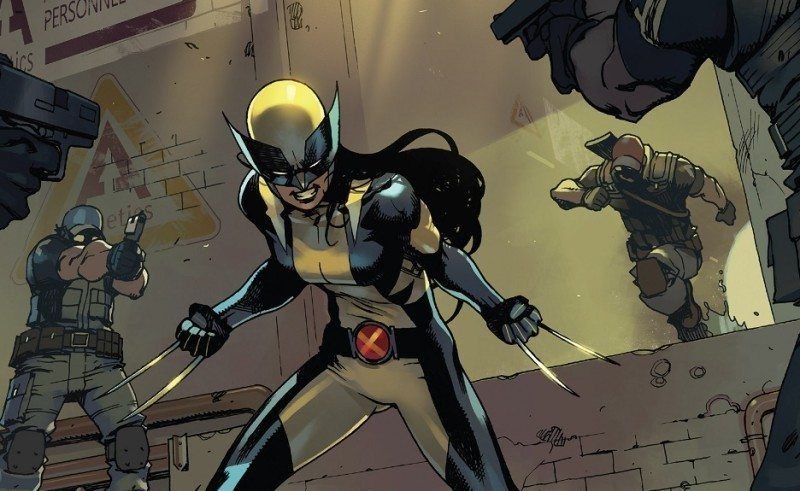 As Wolverine attempts to rescue her clones and lead them toward a righteous path, she’s being set up by Alchemax Genetics…

­­­­­­­­­­­­Two days after last issue’s events in Paris, Laura is back in NYC and has a clear mission: find her clones, save them and prevent them from murdering innocent people. But what if said clones are not as dangerous as she thought they would be – and don’t want her help, after all? After encountering one of them in her apartment, the all-new Wolverine is on a mission to stop the soldiers of Alchemax and the sisters from tearing each other apart – trying to teach a moral lesson she was taught herself not that long ago…

CLICK: There’s a lot of backstory to the X-Men comics – this is how you get started!

The first two issues of this book have not necessarily felt like the first issues about Laura as Wolverine. Instead of setting up her current status quo, Tom Taylor drops X-23 right into the action. Early interviews with the writer imply that this was exactly his intention, and it feels as if it wouldn’t have been necessary to give us additional internal monologues about legacy. Whether this decision was good or bad is, in the end, up to every reader’s interpretation.

Not unlike the first issue, we get a pretty good impression here of how much Laura has changed. While the old Laura would – without thinking twice- murder every single Alchemax merc, this new Laura chooses to protect them in order to save the lives of innocents. Even though she clearly is on a side of this conflict, she, in a way, tries to be a mediator, preventing the clash from escalating. All that without a lack of action, which is essential for a comic book about Wolverine.

READ: Our review of ALL NEW WOLVERINE #1!

Having Laura face off against an organization that has committed atrocities similar to those inflicted upon her and making her try to teach clones of herself morals was a smart move by Taylor. The writer clearly put thought into what would be the next logical step for the character’s development and how to convey that to the reader.

On the other hand, by introducing several clones of Laura, barely characterizing them and killing them off literally 7 pages later, he wastes a ton of potential. It’s not really certain whether these deaths will stick, we’re still talking comics, after all. But whether the author decides to have them return as supporting characters that feel more 3-dimensional will decide whether this issue was the beginning of an arc for 3 new and interesting characters – or just a waste of potential.

The art remains as good as it was in the opening issue. The action sequences – which are not as frequent as issue in #1 – flow naturally through the panels. And the two artists Lopez and Navarrot are doing a solid job of making the book feel like a typical Wolverine book – whenever Laura wields her claws, it’s dynamic and thus satisfying to read. But they also manage to display the physical differences to her predecessor, since Laura is more athletic. Just cast your eyes at this scene: 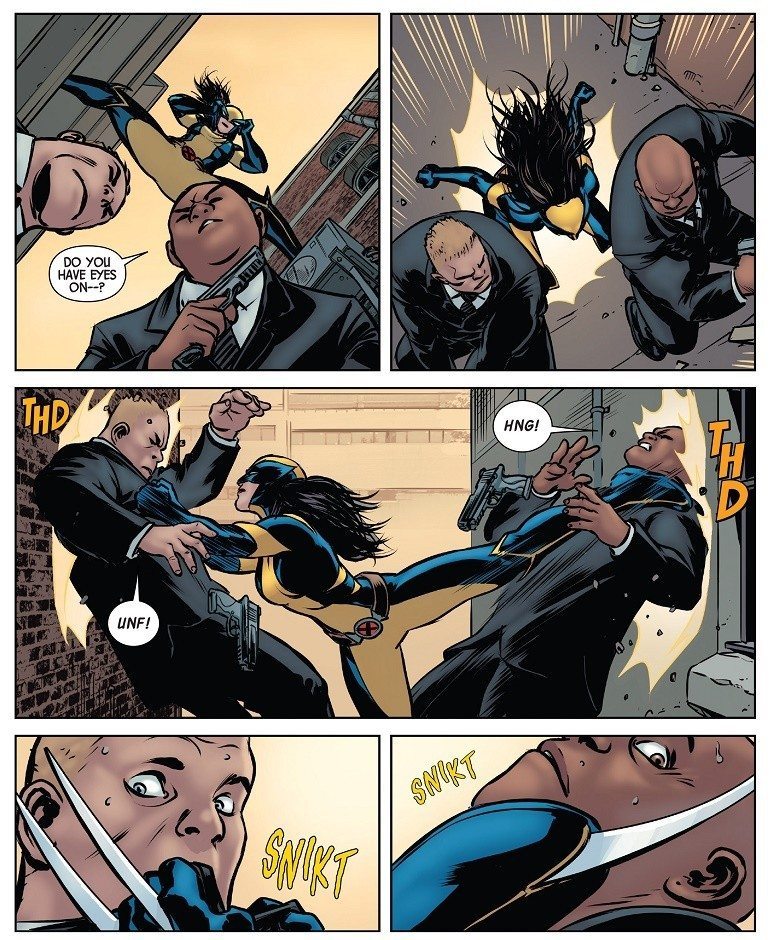 The only complaint I could possibly have about the art is that it could be more grim to impart a darker atmosphere for this very personal, deadly mission Laura finds herself in. From time to time, it feels as if this book is just a bit too cartoony and colorful for a story about people who were experimented on for years, unable to feel physical pain and on a vendetta against their enemies.

ALL-NEW WOLVERINE #2 is well-drawn, does a great job at giving us an idea about the main character’s ethics, point of view and where she currently stands in life, and has a lot of potential – let’s just hope it didn’t waste that potential during its final pages.