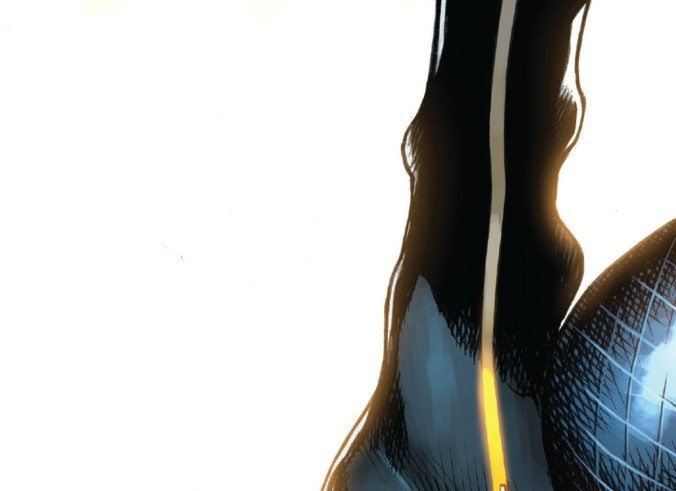 Marvel’s CIVIL WAR II asks an interesting question—is preemptive justice the right thing to do? While there are no wrong answers to such a broad philosophical inquiry, this issue of ALL-NEW WOLVERINE certainly shows how preemptive strikes based on the prophecies Ulysses has can quickly become self-fulfilling.

Ulysses has a vision that Old Man Logan will kill Gabby, and Agent Hill quickly sends a S.H.I.E.L.D. team to Laura and Gabby’s apartment to detain Logan until he no longer poses a threat to her. Captain America leads this team on a chase through the building to capture Logan, tranquilizer guns a-blazin’. Unsurprisingly, using force against a feral killing machine like Logan proved a failure, as it provokes him to go red and kill Gabby in a blind rage.

I can’t tell if this major irony is intended to be the main point of this issue, or is simply a gaping plot hole. You’d think an internationally-involved tactical organization would know to use stealthy tactics to take out such a volatile target. I feel like the emotional stakes could have been raised by having Logan covertly captured, maybe from an anonymous tip given by someone close to him. Big action sequences do not always lead to big emotional payoff.

READ: New to Wolverine? Check out our Essential Reading List!

That being said, the art was great. I loved how the facial expressions added a lot to each scene. The penciling and inking were both crisp and clean. My favorite aspect was the action sequences– it felt like a chase scene you’d see in a movie. The chase sequence was cinematic and used humor to break tension. The sense of motion was also conveyed very well: Little things like dust and debris getting kicked up reminded the reader of how fast these heroes can be. 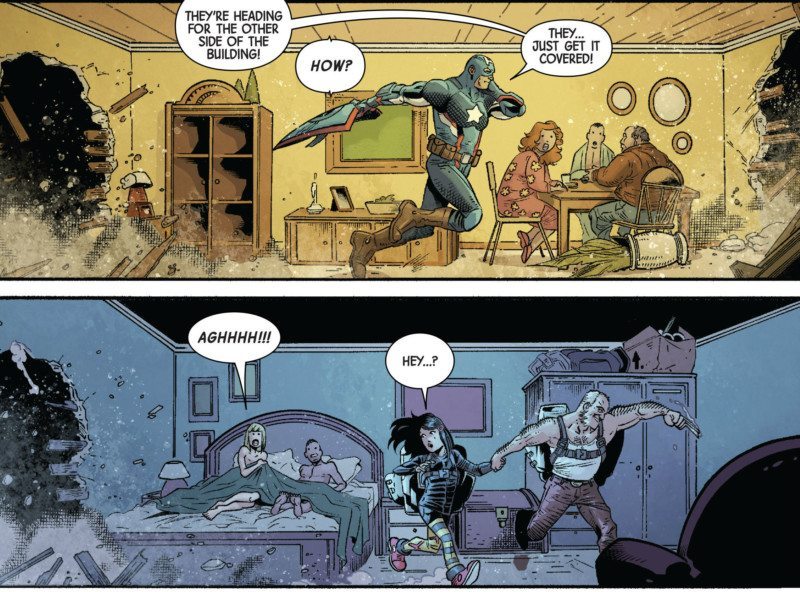 The issue subtly builds tension over time through the use of color. It takes place at sunset, which we can tell with all the reds and oranges seen in the sky. These tones get more and more imposing as the chase progresses. When Logan deals his fatal blow to Gabby, the page is ignited by red, signifying terror, blood, and Logan’s animalistic rage. 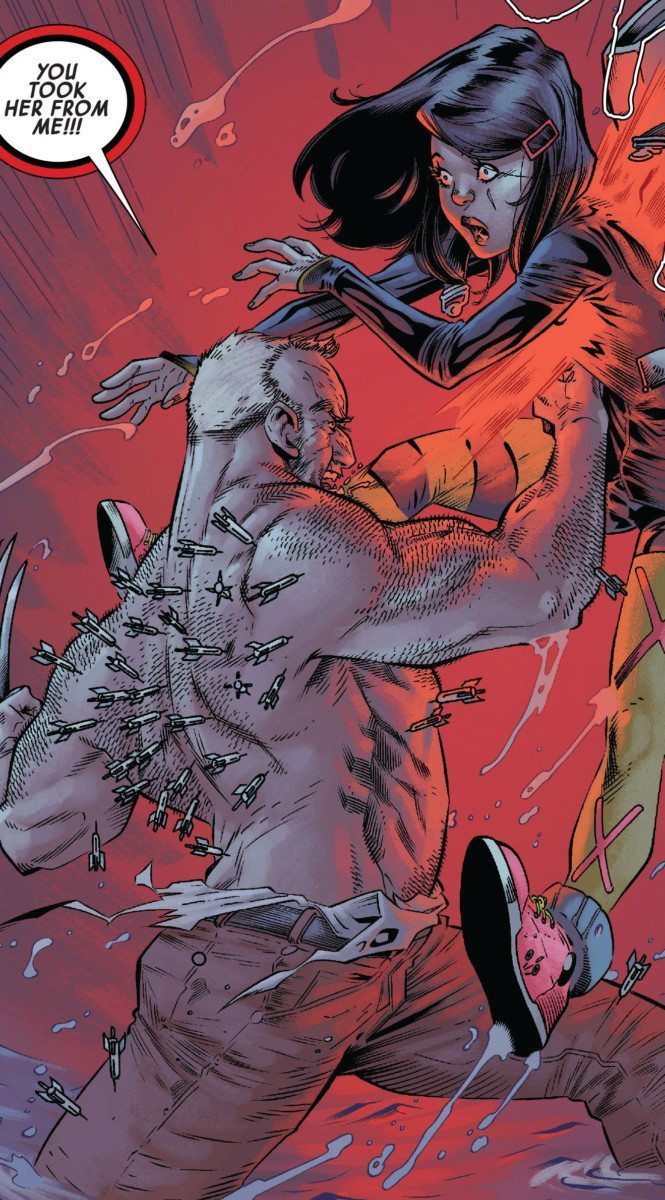 I love seeing this side of Logan. The great characterization strength of this issue was drawing the line between the Earth-616 Wolverine that died and the Old Man Logan that has replaced him. This isn’t the first time we’ve seen this Logan lash out while swept up by his own fury. He’s a more traumatized Logan, bringing out his animal side more easily because he knows how dangerous his world is.

READ: Love X-23? Read our analysis of her contrast to Wolverine!

It’s also important to remember that this is the side of Wolverine Laura has actively avoided and pushed against when she took up the mantle. Gabby’s death is the some of the first innocent blood Laura’s had on her hands since she decided to stop being a killer. I’m really excited to see the kind of toll this is going to take on her character. She could attack Logan, blame herself, blame S.H.I.E.L.D. and Cap for provoking this strike–it could really go anywhere and make a lot of sense for the character. It’s going to make for a great next issue, and really add some darkness to this new Wolverine.