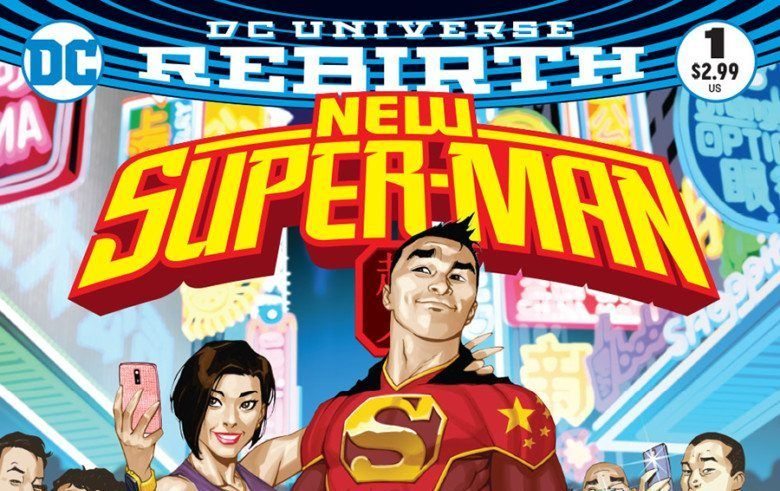 Disclaimer: NEW SUPERMAN is a stab at diversifying content at DC Comics without upsetting the legion of traditionalists. The original Superman goes unchanged, but New Superman, or Chinese Superman, is a completely different character. Keep in mind that there will be spoilers going forward.

LISTEN: An interview with the writer, Gene Luen Yang!

Essentially, NEW SUPERMAN #1 is a genesis book. It’s written by Gene Luen Yang from AMERICAN BORN CHINESE, with art done by Viktor Bogdanovic and Richard Friend. The story is told from the perspective of Kenan Kong, a high school student turned experiment. After protecting Luo Lixin, a fellow high schooler whom Kenan bullies himself, from a super-villain called the Blue Condor, he is chosen to be given powers similar to “the American Superman” by a sinister organization called the Ministry of Self-Reliance.

It should be stated that Yang also had a successful run on the regular SUPERMAN title. He has immense knowledge of the property and making phonetically similar names for the Chinese counterparts is a clever touch. Also, the character traits seem to be purposely flipped. In Superman, Clark Kent hates bullies and many tag him as a boy scout. He’s good to the core. Kenan Kong is a self-centered, egotistical bully. Lex Luthor and Luo Lixin are opposites, as well. Lex is headstrong, maniacal, and tough, while Luo is just a meek nerd trying to get through the day.

Kenan, while extremely unlikable in this issue, is a complex character. All the unwarranted mistreatment of Luo stems from his mother’s death in an airline crash that the Lixin family happens to operate. It’s a completely unfair association that Kenan has made, but pain and loss make people all mixed up. Even though Kenan redeems himself to Luo by sticking up for him after Blue Condor tries to hold him hostage for his parents’ airplane money,  it’s possible that resentment from Luo might linger. On top of that, Kong’s father is withdrawn and obsessive. He lashes out at Kenan because he gets threats from the Lixin family lawyers.  The emotional detachment he has with his father and lost mother has made him overcompensate and inflate his ego, which is all just hot air.

Now, this does not make Kenan Kong’s behavior acceptable, but it paints a more well-rounded character that’s easier to connect with. We may not condone his actions, yet we can understand them. Kong has unconsciously justified his bullying because of his mother’s death and loose association to Luo Lixin.  However, helping Luo escape a bigger threat shows he has a good heart. He’s just very confused on how to handle the loss of his mother and nobody’s helping him heal or even properly grieve. He’s imperfect, which should make for compelling ways in how he deals with his struggles, both physical and emotional. It’s not going to be a cookie-cutter superhero book.

Another fascinating character is Lois Lane’s counterpart, Laney Lan. She seems to be most like her American doppelganger. She’s intuitive, quirky, and apparently Kenan Kong’s type. He makes it very clear he’s infatuated with her, but she’s an adult and not interested in dating a flirtatious 17-year-old. This relationship will surely impact Kenan’s decision making. He’s very eager to be around her, but he might not get the relationship with her that he longs for. 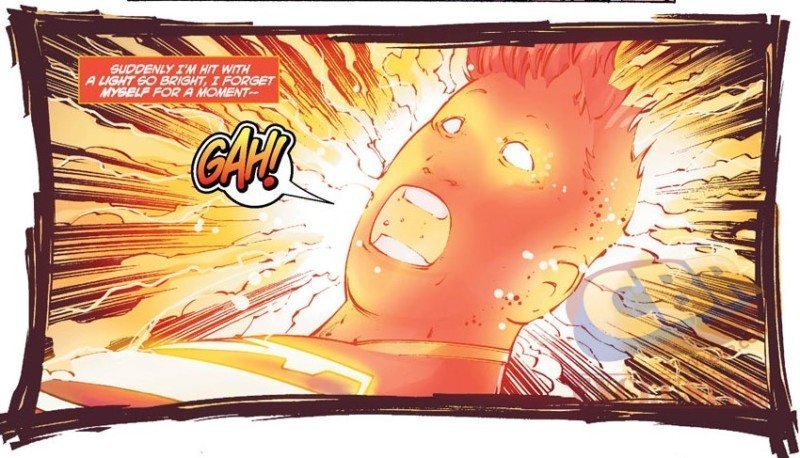 This decision to bestow Kenan with powers was inspired by the media attention Laney Lan gave him, from  her “Primetime Shanghai” exclusive report and interview. Kenan’s father sees through the “good” deed of his son, with all the (perhaps) undeserved accolades influencing Kenan’s later decisions. In fact, before the Ministry of Self-Reliance picked Kong, his father specifically mentioned exposing the secret and evil organization with his writers group. They were always considered to be just a conspiracy theory, so when they turn out to be real and wanting Kenan, he joins them out of spite.

So we have a hormonal, arrogant teenager with misplaced pain and an equally reeling father. There are multiple story lines developing just from a personal standpoint. He takes his emotional frustration out on poor Luo, craves attention and love from his father, and lusts for a grown woman just trying to get the latest scoop. What’s the solution? The powers of Superman of course, and what better than an organization akin to an Amanda Waller-esque administration?

LISTEN: To our podcast on DC’s Holy Trinity!

Yang has created polarizing personality traits between the American Superman and the Chinese one, which are really intriguing. It has the feel of a Superman comic, but everything is off. The setting is also crucial. Everyone is Chinese, as it takes place in Shanghai. In fact, an editor note makes it clear that all text, unless it’s blue, is spoken in Mandarin. Blue words are usually only reserved for names of people, places, or businesses. This distinction adds a further awareness that these aren’t Americans. I’m not sure an American comic has ever been this explicit in reinforcing that idea, but it’s a cool dynamic.

The Chinese characters don’t share the same culture or country as the American audience, but the book is still approachable. This is due to having diverse characters in both background, ethnicity, and characteristics, along with the classic superhero format. The book parodies DC in a way that’s both celebratory and new. I like the direction and idea of this book. Multiculturalism shouldn’t be dismantled; rather it should be explored. People learn from others sharing their differences and an understanding develops. Otherwise, fear of the unknown and contempt for each other just festers. It’s fun to see new characters in new environments with familiar souped-up problems. Let the Chinese heroes thrive!